How to get the source name of a feature layer

I have feature layers that have a different name in the TOC then that they do in the GDB. I cannot change either of these and I need the name of the feature class from the GDB in order to make my model work. I have tried things such as parse path but I only get the name of the layer as it is in the TOC.

I have tried a few ArcPy/Python methods, but with my little knowledge of these things, I could not figure out how to get the GDB name as an output parameter.

Below I have added an example of my model and the code I last used to try and get the name. 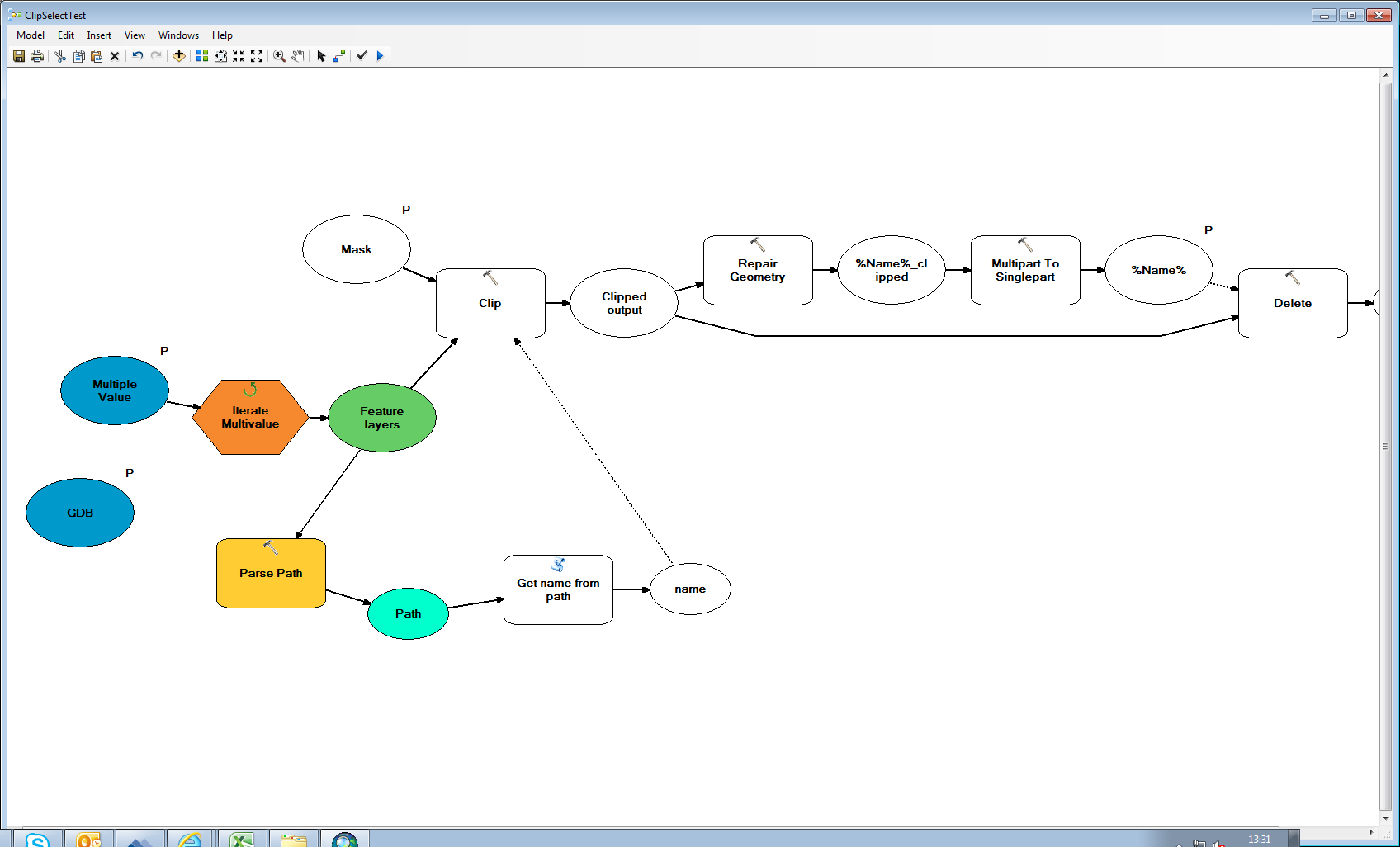 You are trying to treat a spatial dataset as if it is a normal file so you are accessing properties that are not appropriate (i.e. os.path.basename). I would use the Calculate value tool but you could easily adapt your existing script if you wish.

The Calculate value tool is set up as: 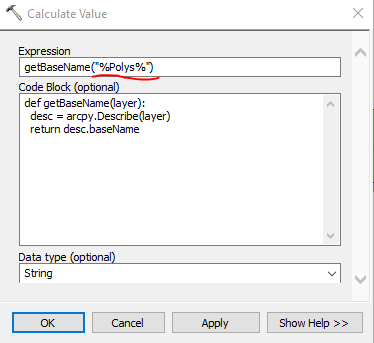 You would change the parameter highlighted in red to what every you are using, don't ignore the quotes around it.

Not the answer you're looking for? Browse other questions tagged arcpy python arcmap modelbuilder or ask your own question.

2
How to truncate the %Name% string for inline variable substitution
1
Python Toolbox (.pyt) Tool Output Layer Name
2
Using Feature Class name to populate new field
1
Parse path for any workspace
0
Sourcing Layer in TOC to New Feature Class using ArcPy?
1
Renaming extension “.out” to .“txt” in ArcGIS ModelBuilder?
0
Trying to build a model to get all layers(same name, different folders and different geodatabase) into one
1
Accessing the feature layers inside a geodatabase using ArcPy
1
In ModelBuilder use Parse Path (path and name) to get output FC name