Grouping wildfires dates by season and getting sum and count using ArcPy?

I am having some trouble creating a new shapefile and CSV to group wildfires into seasons.

What I want to do is to group the wildfires by meteorological season (summer, fall, winter and spring) for each year. Then, I would like to know how many wildfires and the area burned in each season for each year from 1950 to 2017.

Summer starts from 1st of June to 31st August, fall from 1st September to 30th November, winter from 1st December to 28/29 February and spring from 1st March to 31 May.

The result might be similar to this by creating a new field called "Season", another one called "Count" (to see how many wildfires are in that season) and another column called Season_acres which will be the sum of all acres burned in a season. 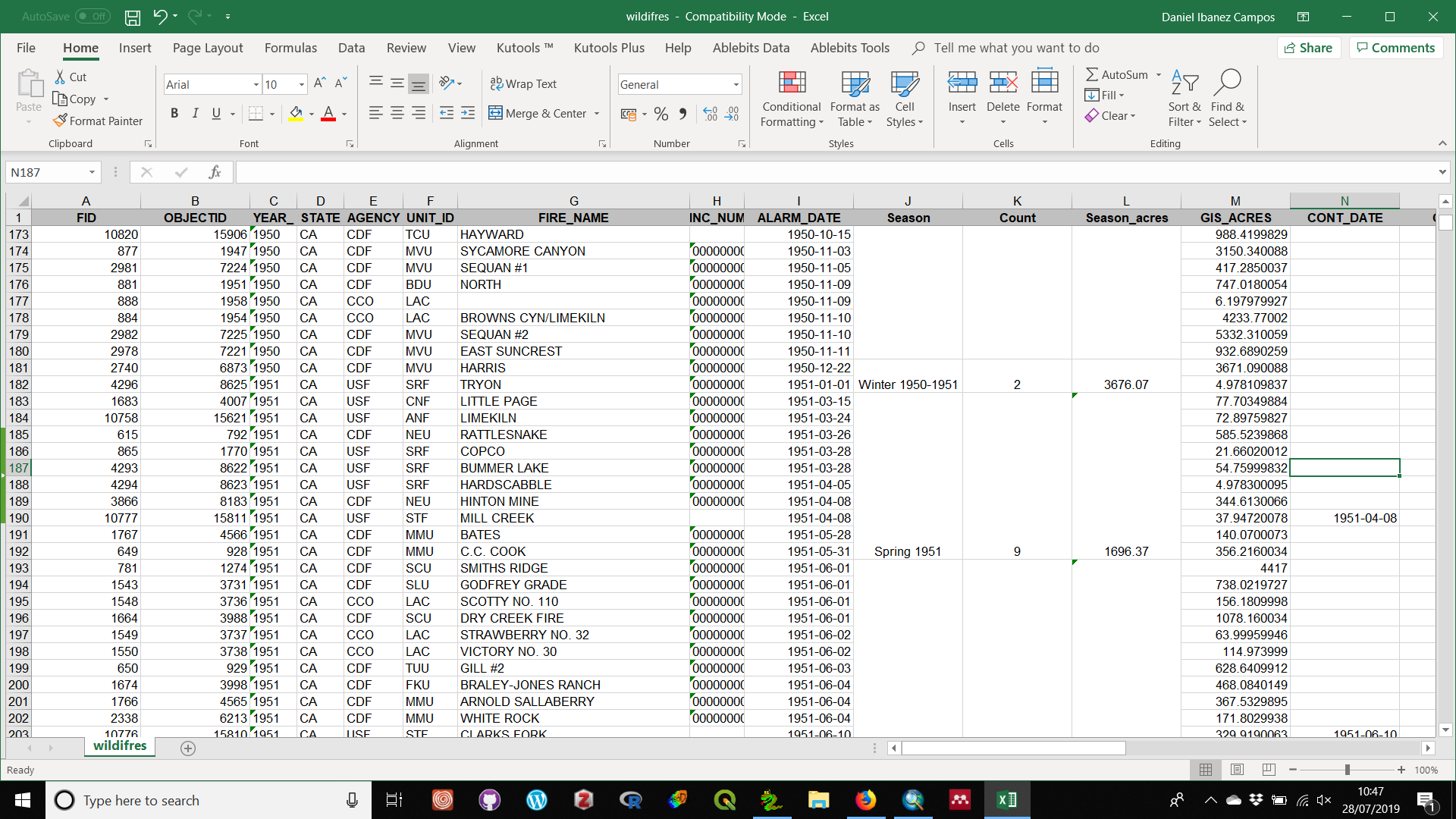 So far I have got these two separate scripts:

Use pandas library which is included in ArcGIS >=10.4 python. Create a pandas dataframe using da.SearchCursor. Group by year and quarter (with year ending with february). I had to convert the dates from object (~strings) to datetime and drop na with my test data, these lines are commented below.

You can then do df2.to_csv(r'C:\data\out.csv') then add the table to ArcGIS and convert to whatever format you want.

Not the answer you're looking for?Browse other questions tagged arcpy cursor statistics date seasonal-analysis or ask your own question.

4
Getting values from attribute table and inserting another table using ArcPy?
1
What do “count”, “mean”, and “sum” in QgsZonalStatistics mean?
4
Getting count of like features types based on field attributes using ArcPy?
0
Inserting row into table and then updating it in sum of each column using ArcPy?
2
Getting first and second row with ArcPy searchcursor?
3
Calculating summary statistics and access resulting value in table using ArcPy?
2
Deleting rows using UpdateCursor and date field
2
Getting top 1 record from shapefile by descending order using ArcPy SearchCursor