Getting the line middle point with SQL in QGIS

Using SQL in a Virtual Layer is it possible to get the midpoint of a line on the line?

I have tried Finding middle point (midpoint) of line in QGIS? but got an error 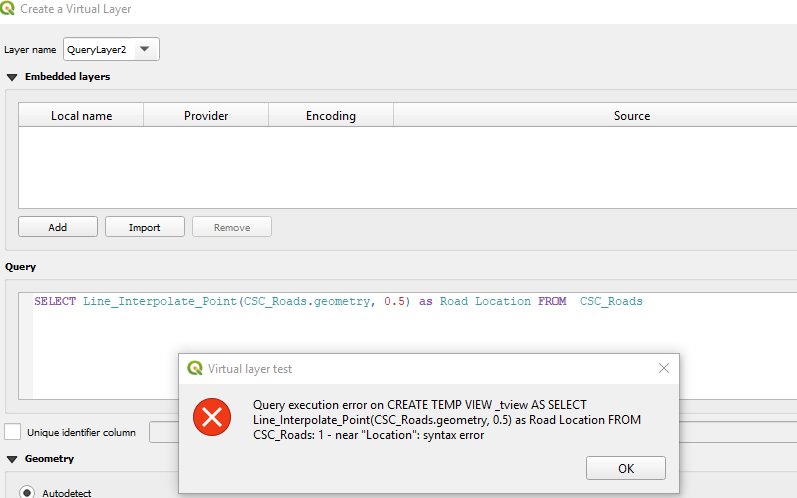 but these points are then not always on the line. 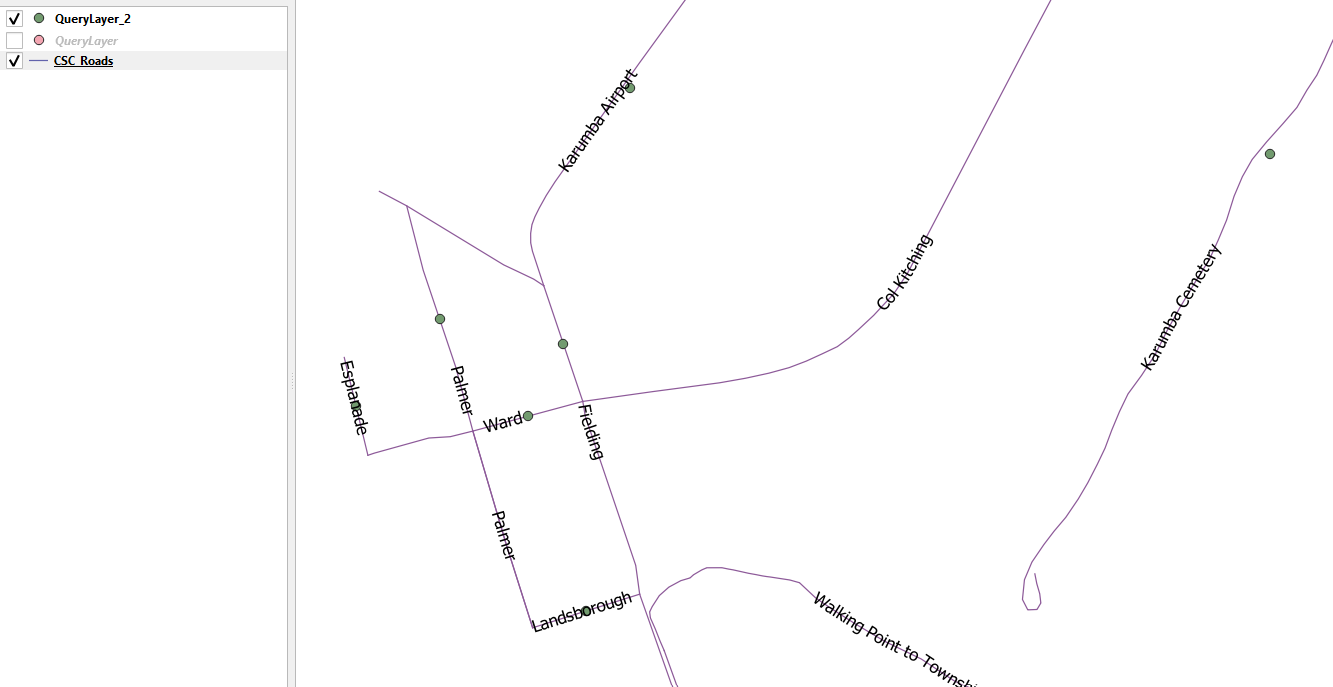 I'd also like the final value to be formatted as (x,y)-tuple as I need to display the value in a table. 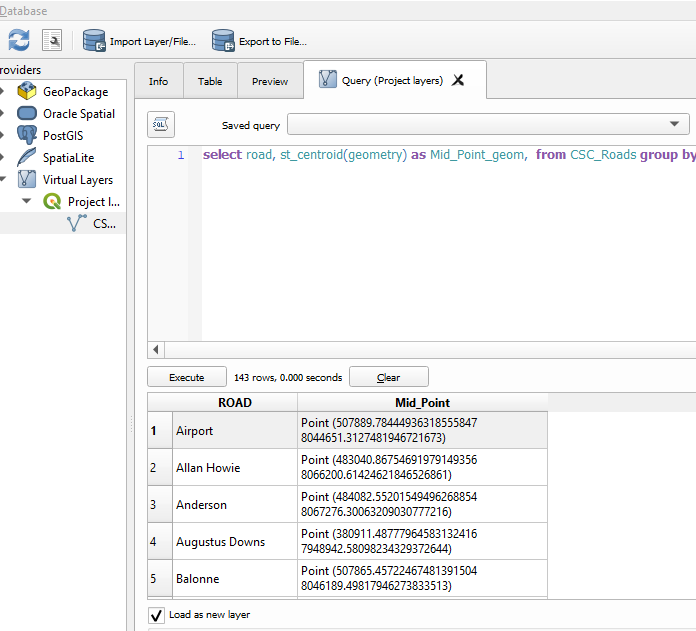 So this should be

It runs now but the point is not the midpoint but the start of each road (all segments grouped by 'Road'). 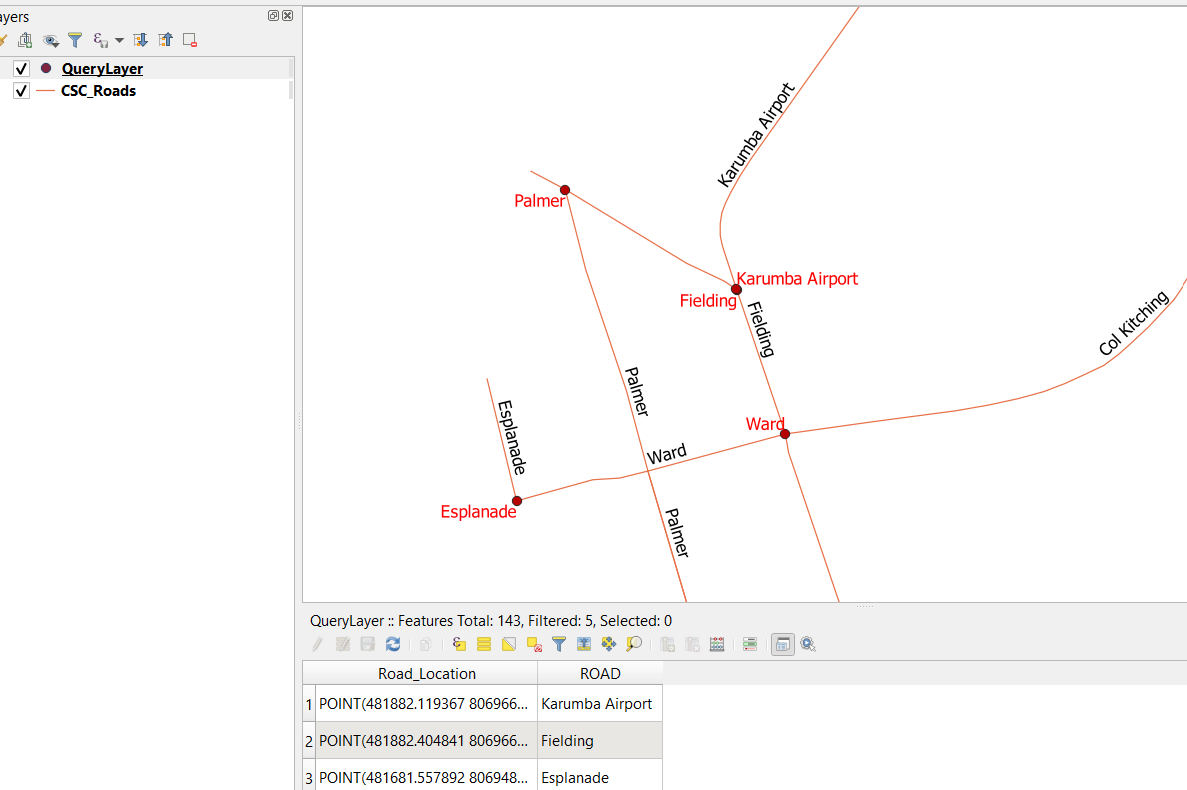 Let's assume there is a layer called "line" (blue), see image below.

So, the vital thing, there must be a distinction between Centroid and Midpoint. There several articles available online, for instance, I personally would consider this one Mathematics: What is the difference between midpoint, center and centroid?.

My personal distinction in terms of the GIS would be 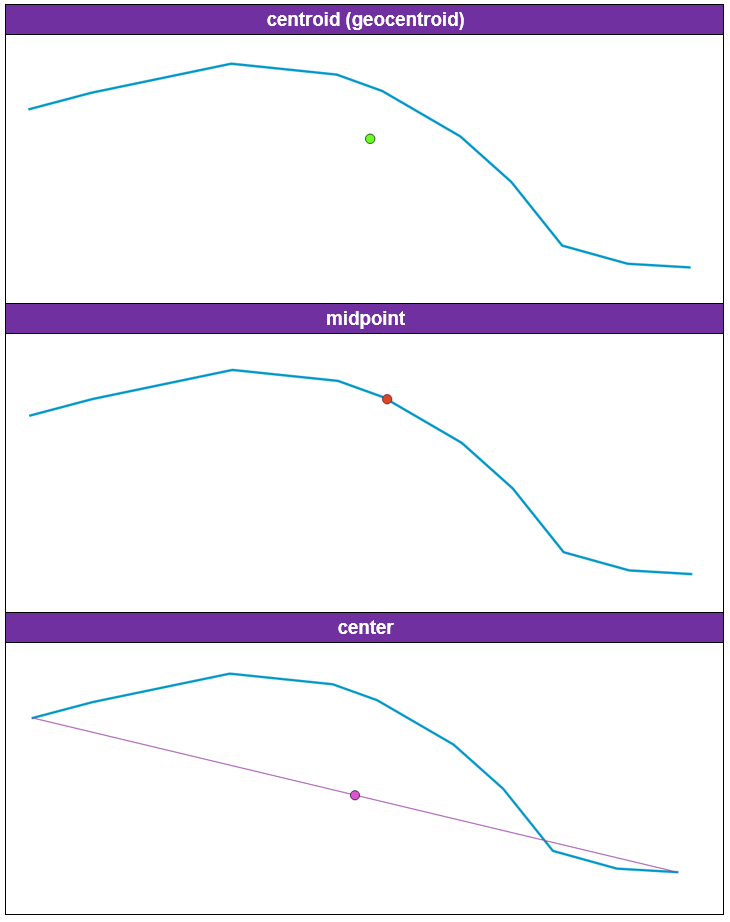 For selecting the line's middle point it is not enough just using ST_Centroid(). Because (as described in manual) it is computed as the weighted length of each line segment. Therefore, with the following query

the line geocentoid is the location of the arithmetic mean of weighted properties, see image below.

So, IMHO the most suitable solution in getting the line's middle point can be achieved by means of ST_Line_Substring(), that produces a part of the input line geometry as a fraction between starting and ending points (0 ≤ fraction ≤ 1).

Thus, with the following query

the line middle point is now the middle of the line's original geometry, see image below.

Going further, the same output can be achieved with a slightly adjusted query

So, it is possible to use ST_StartPoint() as well, an answer to the question "Why use endpoint (not startpoint) and why (geometry, 0,0.5)?" from comments.

For extracting line's middle point coorinates, it is possible by the usage of ROUND(), ST_X and ST_Y. Check the following query

Not the answer you're looking for? Browse other questions tagged qgis sql virtual-layer or ask your own question.

0
Using ST_LINE_INTERPOLATE_POINT in OGR and Python
0
How to find Nearest point on line from a point cordinate in SQL server
2
Calculate slope of line segments with QGIS
3
Converting point into line using QGIS
0
Get line length using SQL in QGIS
1
Correction of GPS-Track, snap to road (line, network)
5
Concatenate and sequentially order unique groups of lines using SQL
5
Selecting line features by topology in QGIS (select dangles)
2
Extract maximum pixel value vertex from a raster for a given grid cell without altering the position of the source location in QGIS
1
Joining point layer with line layer using coordinates