Distance between points inside LineString

I have a collection of geometries represented by a linestring. Each has at least two coordinates. Is it possible to write a SQL that instead of returning coordinates, return a distance between them.

Thank you everyone for your responses. Link provided by JGH was very helpful.

It could be done in a very simple with a subquery.

Query bellow picks one OSM way and return its osm id and the array of distances between its nodes.

Response looks like this. Default OSM SRID is 3857 that uses meters. So using int values is optimal for performance imho.

Let's assume there is a line layer called "lines", see image below. 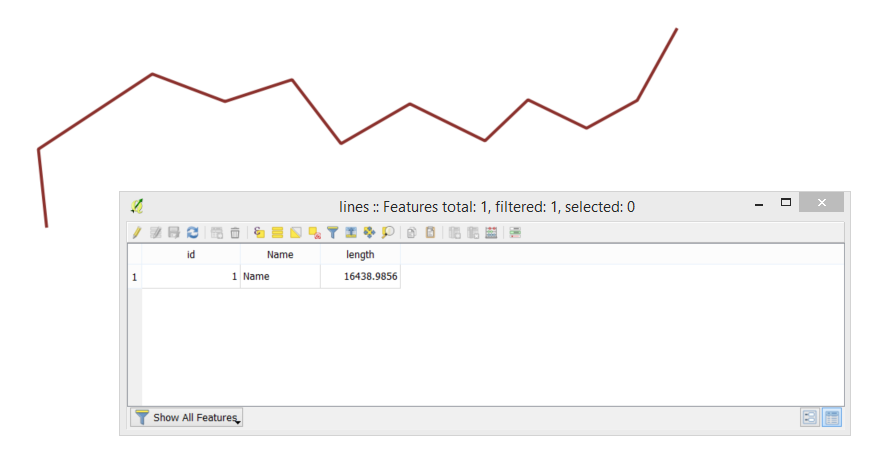 Note: The length in the above attribute table is wrong. It was previously calculated for a different line and was not updated afterwards.

With the above Query, it is possible to return distances between backward and forward points of the line string.

The output will look as following 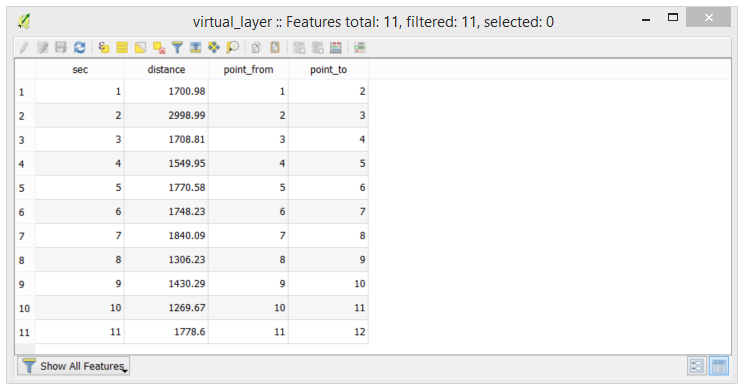 Not the answer you're looking for? Browse other questions tagged sql distance or ask your own question.