I believe I understand the shapely methodology fairly well at this point. However, I'm struggling with getting my holes to populate to the polygons. I've tried a number of approaches.

What I'm doing is taking a buffer feature that I then want to simplify the edges. So, I take the exterior and the individual interior LineStrings and split them by the points that were used to create the buffer.

All of this works fine. However, I then want to take that exterior and the separate interiors and create a single Polygon feature with the holes. Here's some of the various methods that I have tried:

I also just wanted to confirm that the interiors were where they should be. So I created shapefiles for each of the interior circles as well. This is what I expect to get: 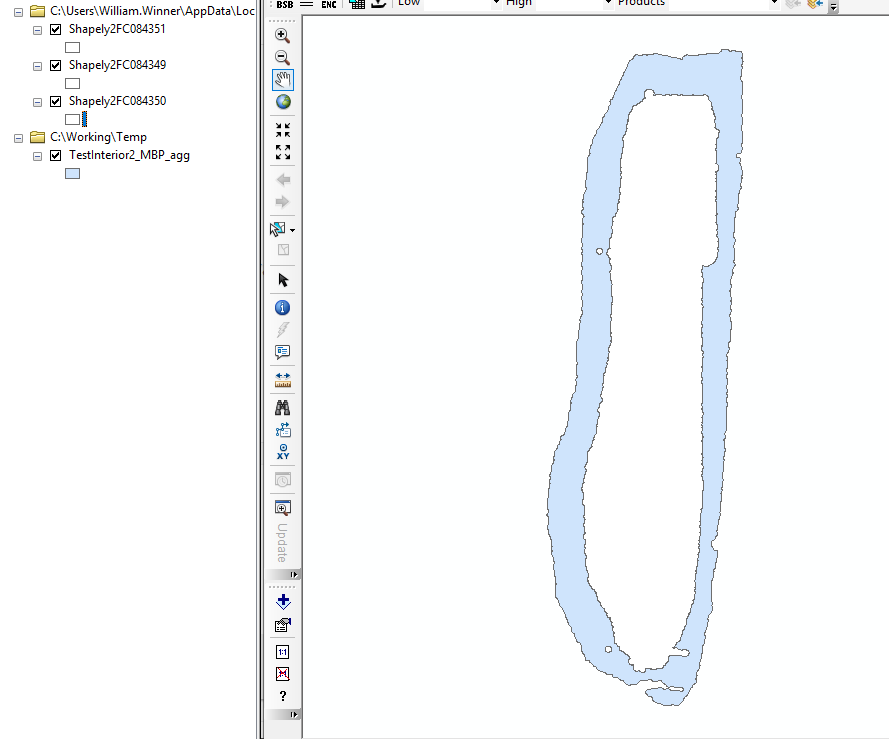 As you can see, I have the actual output with the three holes as separate shapefiles.

But, what I get is this: 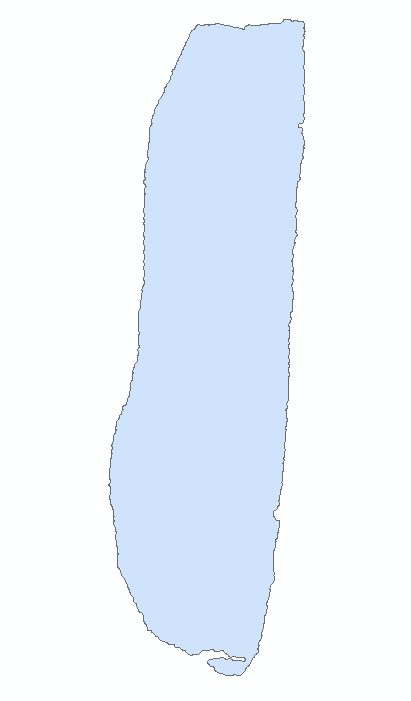 That's just the TestInterior2... file that should have the holes.

I'm just really at a loss as to what to try next.

Anyone have any ideas what I'm doing wrong or how to get the holes into the Polygon?

I think the only issue here is that you need to pass the coordinates to the Polygon constructor, not the list of coordinates. So in trial one, instead of

As I don't have all of your code, here is an example to demonstrate the solution, which returns the same polygon as inputPolygon:

I wasn't able to come up with an answer using Shapely.

Instead, I output each of the interior shapes and used the ESRI Erase functions. I'm still not sure why the Difference method didn't work either. But, using the ESRI erase worked and I finally have the output I wanted. It's just a lot more writing temporary shapefiles.

12
using shapely: translating between Polygons and MultiPolygons
8
Does shapely within function identify inner holes?
3
Are the functions in OGRPolygon accessible through the python bindings?
7
How to return WKT of entire polygon with shapely?
3
Fast intersection of a list of polygons with a bounding polygon using Shapely
0
How to inverse the orientation of the holes coordinates of a polygon in geopandas
1
How to identify interior rings and set them to empty in a shapefile to avoid warning
2
Plotting shapely polygon with holes does not plot all holes
7
Removing small holes from the polygon