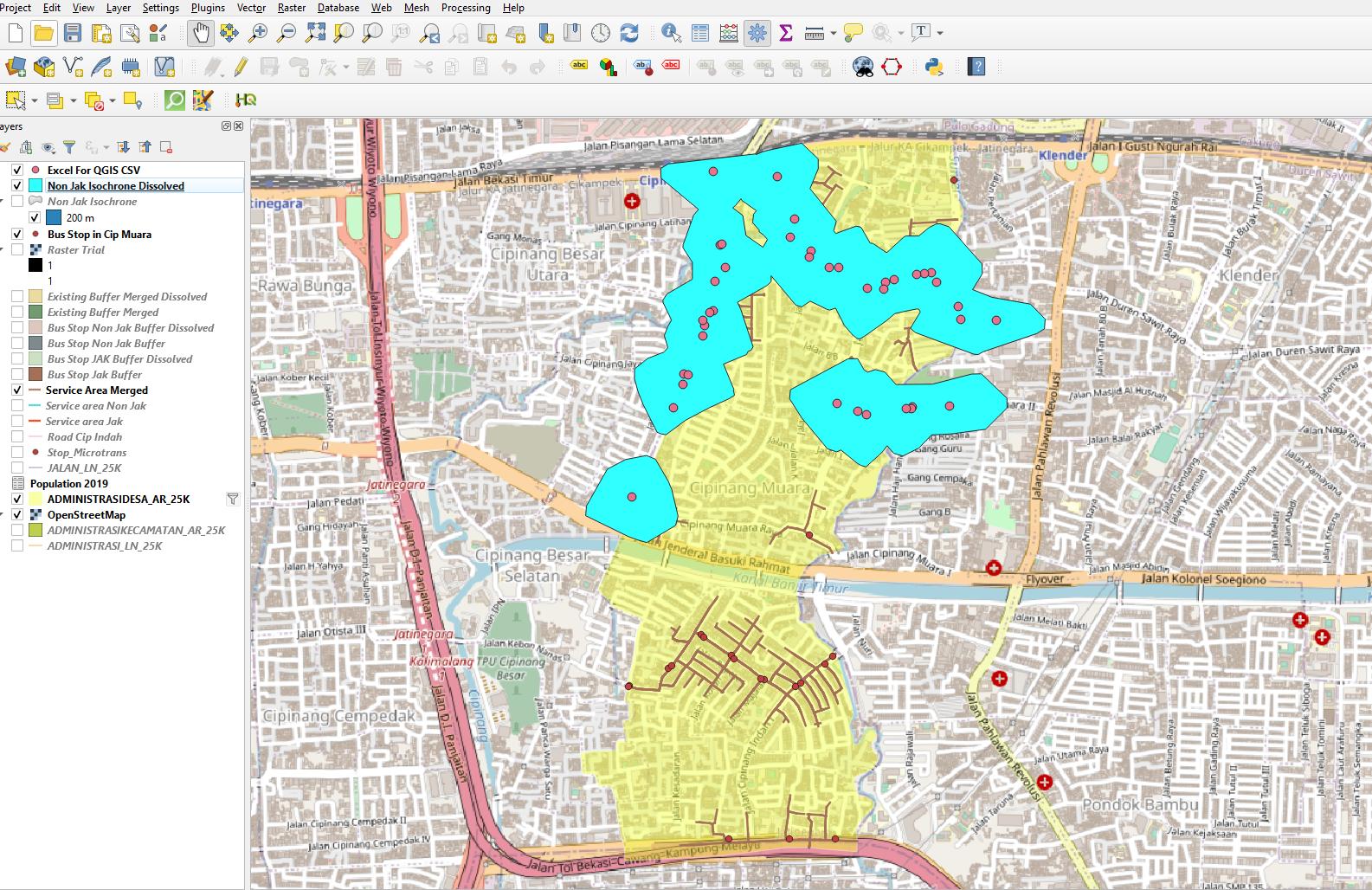 So I made an isochrone using ORS Tools plugin, as well as using the Network analysis toolbox to analyze the service area of the bus stop. Ultimately I want to provide a statement of X% Area covered from the bus stops. So to do that I need the area of the service area of the bus stops divided by the area of the district (The yellow shapefile layer). It'll be easier to calculate the area if I use isochrones from the ORS Tools plugin, but it went beyond the district itself making the Service Area/District Area formula questionable, meanwhile, the network analysis toolbox is perfectly bounded inside the district layer but it's impossible to calculate its area since it's counted as a line vector.

You can convert your isolines to polygons using something like convex hull from the Menu Vector > Geoprocessing Tools. Than you can overlay this iso-area with the district polygon to clip possible area outside the districts. Use again Menu Vector > Geoprocessing Tools and select an appropriate operation. The same applies if you want to use your polygon output from the ORS tools plugin.

Maybe you also want to have a look to the QNEAT3 plugin that is also able to generate iso-area polygons as ouput: Calculating isochrone for linestring

However, in any case you should critically consider what exactely such iso-areas mean and how much sense it makes to relate them to the total area of your district. Technically, you are able to reach each point that lies on the network (street), but maybe some parts of the area in between might be inaccessible: private courtyards, the compound of a factory, a prison (you won't reach there, would you?) etc.

So the area is just interpolated and probably not every point on it can be reached as they have no connection to the network - not only technically, also in the real world. Still other places might be accessible, but only with a considerable detour (going around the block) and than time/distance to reach them may be bigger than the one you set as maximum for calculation, at least near the outer border of your iso-area.

So maybe it would make more sense to calculate not an area, but a length: the percentage of the road-network inside the districts that is reachable from the bus stops? In this case, you're fine with the network analysis toolbox.

Not the answer you're looking for? Browse other questions tagged qgis network analysis isochrone accessibility or ask your own question.