I'm using GeoServer to serve data by WMS. They're all GeoTIFFs for now. I've organized them into Layer Groups (Container Tree).

Anyone know how to get rid of that "default-style" entry from every layer in the group? 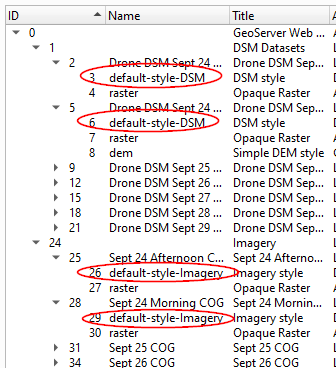 If your GeoServer version is recent enough then you can turn the default styles off by going to WMS settings and uncheck this setting:

Not the answer you're looking for? Browse other questions tagged qgis geoserver or ask your own question.