Styling a Chart within a Popup

I have a dojox bar chart on my app, that is populated from a QueryTask everytime the extent changes. 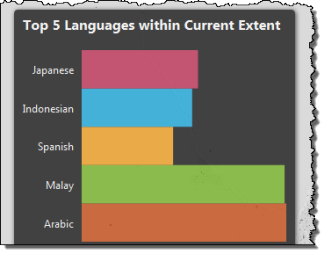 I am making use of the Tufte theme (the only one that has a transparent background), and overriding the bar colours/outlines when i populate the chart:

I have also been using the Esri sample as a reference, and have successfuly added a popup to my map which shows some totals per suburb in a dojox piechart: 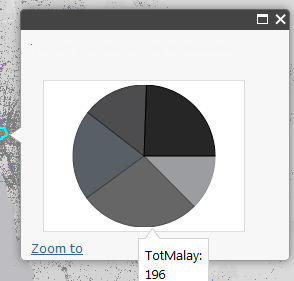 My codes is identical to the sample, bar the fields have been swapped out.

I need some control over styling the chart within the popup.

How do I force the pie segments to be specific colours, as per my bar chart example?

When I look at the API reference for Popup, mediainfos does not look like it has this level of control over the chart?

How do I override the tooltips with an alias like I did with my bar chart example?

I will also need to style the popup to have a similar dark grey background to my chart background, but I believe that won't be related to the chart, and should be achievable via styling the popup with CSS.

I would personally create the chart myself rather than trying to use the ESRI popup class and then add it to a simple info window.

Here is a link to a fiddle which gives the basic idea. I'd based upon ESRI's sample that you sited. I haven't shown how to populate your own data in to the series, it just uses mock data. Let me know if you are not sure how to do this:

You may find the nightly test build useful

It looks like you are going to have to create your own theme. This blog post talks about how that is done: http://dojotoolkit.org/documentation/tutorials/1.6/charting/

Not the answer you're looking for? Browse other questions tagged arcgis-javascript-api dojo or ask your own question.