QGIS - Save not working after copy-paste between layers

They appear to paste, including with the right attributes but when I go to save - I get the following error.

Looks like there is geometry mismatch between POINT and MULTIPOINT.

The type of GEOMETRY that the layer is storing can be seen in that layers Properties window on the Metadata tab.

You can try converting either layer to a POINT or MULTIPOINT (depending on your requirements) using the Vector > Geometry Tools > Multipart to Singleparts... or Singleparts to Multipart... tools. 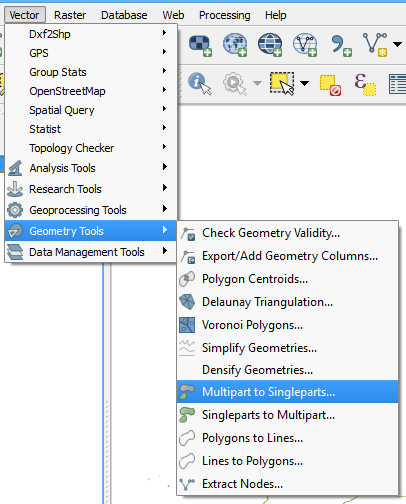 Not the answer you're looking for? Browse other questions tagged qgis layers copy or ask your own question.

1
Using ArcPy to copy layer in ArcMap TOC, rename copy, and paste back to TOC?
4
Memory Vector Layer Corrupted?
2
QGIS 2.4: copying of points to another point layer
10
How to copy paste layers from one QGIS project to another?
4
QGIS 2.10.1 Copy and Paste Problem - Attributes not showing
5
Save as shapefile error in QGIS
2
Point Sampling Tool Output Empty