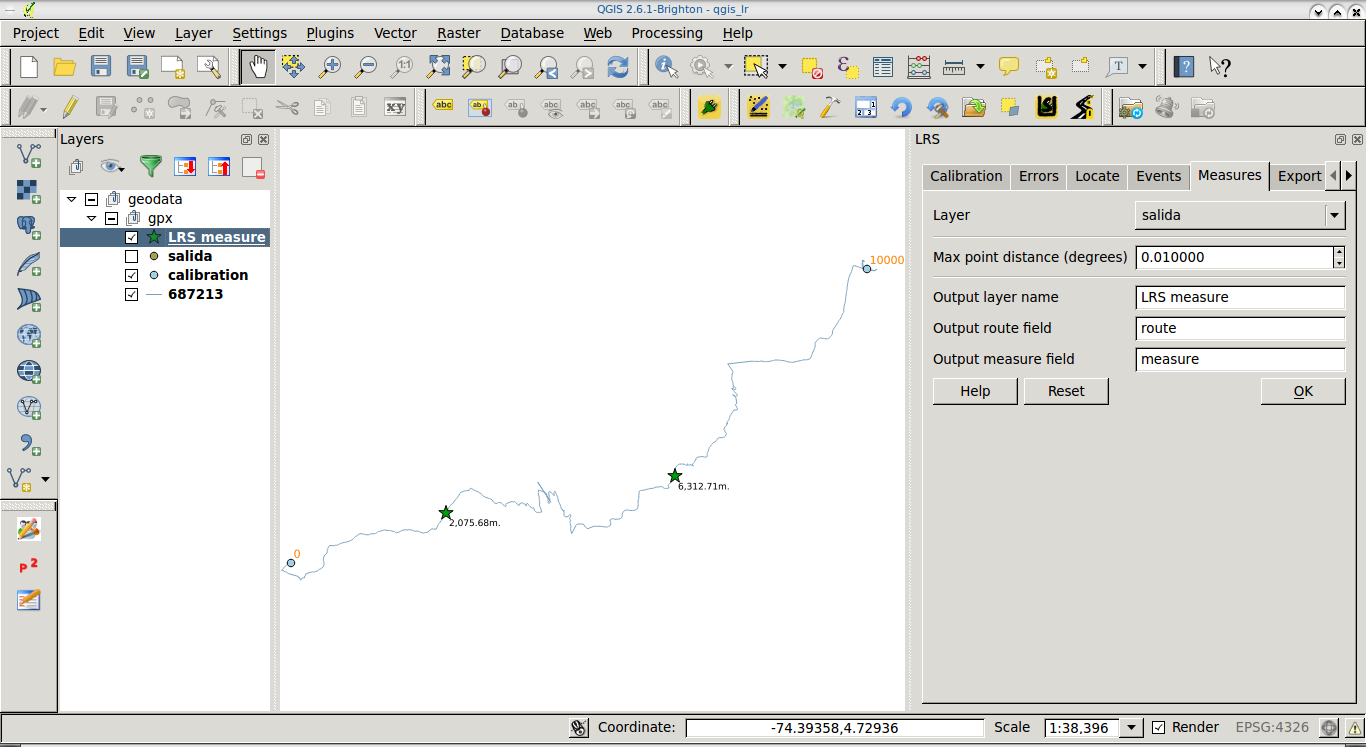 5
Linear Referencing in QGIS?
4
Trying to understand QGIS LRS plugin - How to implement?
2
How to find chainage of points using LRS

8
Snapping points to line and calculating chainage using Open Source GIS
0
Generating points from chainage and offset
3
How to measure an irregular road line in QGIS?
2
How to find chainage of points using LRS
2
Points that get created in the wrong order when using e.g. QChainage?
1
Q-Chainage plugin. Chain points layer does not save properly