Manually changing/suppressing z-values in Spline with Barriers interpolation that are known to be erroneous?

I've included an image of a project I'm working on. There are two layers representing sub-surface geologic formations, and these were generated using elevation borehole data (so, point data), to interpolate each surface using Spline with Barriers. They will eventually be apart of a groundwater model.

The circled orange spots are problem areas where the interpolation appears to be incorrect. Is there a way to manually change these values myself so we can insert, say, an average instead? (We are fairly certain these two layers do not "swap positions" in these spots.)

I haven't found much in the way of manually manipulating floating-point rasters after having generated them through interpolation, but I'm guessing there's something in the ArcToolbox that I'm just missing. I'm rather new to ArcMap. 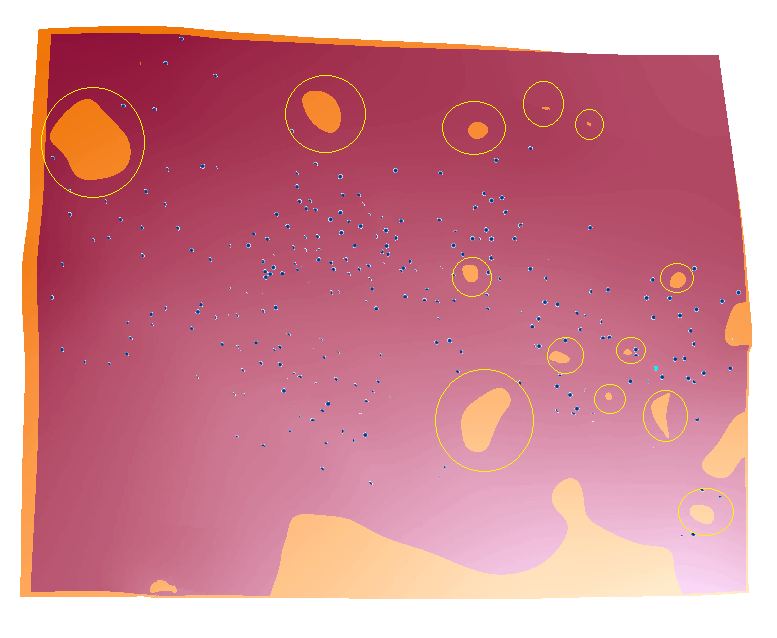 Not the answer you're looking for? Browse other questions tagged arcgis-desktop arcgis-10.3 spatial-analyst interpolation or ask your own question.