In theory this can be done. The random points tool has such a feature. But it doesn't recognize a text attribute. The buffer tool has a similar feature, and recognizes if you put the number + "Miles" in a text attribute column.

Random Point minimum distance only recognizes number attribute columns, and it is not clear which units it is converting those distances to. I imagine they should be in meters, for my data and data frame are both in British National Grid, yet points are created in polygons closer than what is stated in the field.

My results are different from yours. 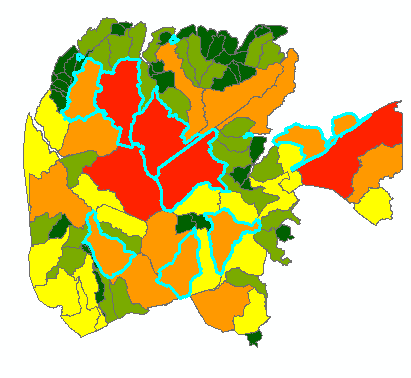 13 show less points than requested (no warning given) and no single violation of distance rule: 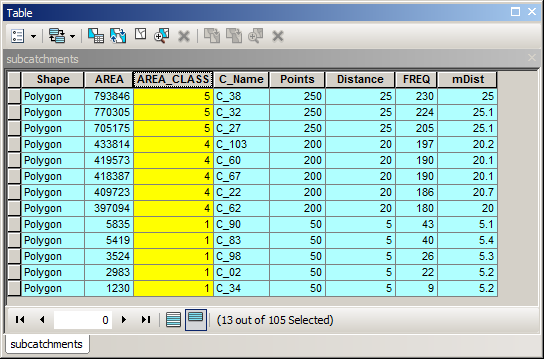 It seems that minimum distance requirement has higher priority over point count.

This is understandable, because there are no room left after certain amount of points have been computed.

To answer my own questions (as far as I can tell)

No: The random point generator does have the same feature as the buffer tool. It cannot accept text

Yes: the units random point minimum distance uses are the map units. I was wrong about this (idiot -- can I downvote myself? I can't). One needs to be aware of the map units and convert appropriately

I just ran "Random Points", using numeric fields for Max Points and Minimum Distance. My Data, values and DataFrame are all in Meters. I have Points, inside the same Polygon, that are closer than the Minimum Distance. I'm seeing the same results as @woot, very strange.

Not the answer you're looking for? Browse other questions tagged arcgis-desktop arcmap point random arcgis-10.4 or ask your own question.

3
Creating Random Points that respect minimal distance across features / strata using ArcGIS for Desktop?
2
What is CID field created by Create Random points?
7
Randomly sampling points in R with minimum distance constraint?
2
Calculating distance from a point to all nearby polygons?
0
How to draw a polygon around the point with condition in ArcMap?
2
How to create a dense pointcloud of trees in ArcGIS?
2
Selecting random points from specific attribute in yield map using QGIS