I was using ARCSI (Atmospheric and Radiometric Correction of Satellite Imagery) to atmospherically correct data, the default output format is KEA ('kea'). I'm trying to convert these to 'tif' format using this gdal statement (gdal_translate -of GTIFF LS8_sref.kea reflectance.tif), but was getting an error message (too many command options).

Are there alternative ways to convert kea to tif or any raster format?

For Windows OS, some GDAL builds from Gisinternals are compiled with the KEA driver as well, see

The KEA driver needs a GDAL version 2.0 or later. The linked file works well with the gisinternals build of GDAL 2.1.0, and the resulting tif seems to be placed in the right spot: 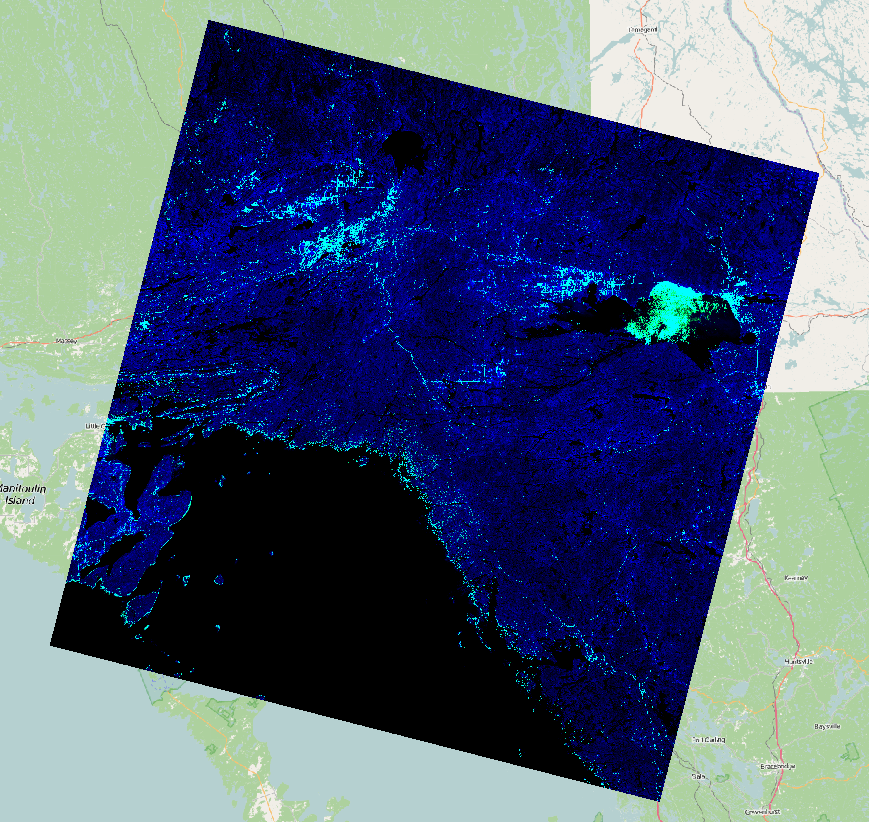 Loading the file directly into QGIS 2.14.3, the HDF5 driver is used, but the result is misplaced in Ecuador. My QGIS version is not build with KEA driver support.

Unfortunately, the ubuntugis unstable build of GDAL 2.1.0 does NOT (yet) include the KEA driver. So you have to compile GDAL yourself to get the KEA support for Linux systems. For furher support on that, see https://bitbucket.org/chchrsc/kealib/wiki/Building%20KEA%20on%20Ubuntu

You will definitely run into further problems, see https://askubuntu.com/questions/702145/c-header-files-for-hdf5-are-missing

Copying missing files to the expected folder, or adding folders to search paths will clear the situation, and finally I got Ubuntu Xenial to run GDAL 2.1.0 with the KEA driver:

gdal_translate now creates the same output under Ubuntu as the Windows build does.

The easiest way to install the KEA driver for most platforms (Linux, OS X and Windows) is by using conda and installing binaries from the conda-forge channel.

Then install GDAL (which is built with KEA support) from the conda-forge channel using:

You should then have GDAL with the KEA driver, you can confirm by running:

Not the answer you're looking for? Browse other questions tagged remote-sensing geotiff-tiff gdal-translate or ask your own question.

1
Empty raster returned after GRASS i.atcorr with Landsat8 data
4
Gdal_translate command for SDS having spaces in its name
0
“Error 4: xxxxx.dat: not recognized as a supported file format.”