How can I create a map of both Californias? [closed]

I want to create a map of "UniCalifornia" which would show the U.S. state of California and Baja California combined into "One California."

The end result should be an image file that does not show bordering areas (no Arizona, etc.) except for perhaps the bodies of waters (Pacific Ocean to the west and Sea of Cortez/Gulf of California to the east of Baja).

What approach need I take to create this? BTW, I am not a cartographer.

If Steven Kay lets me use his image, I came up with a different design than what I describe above: 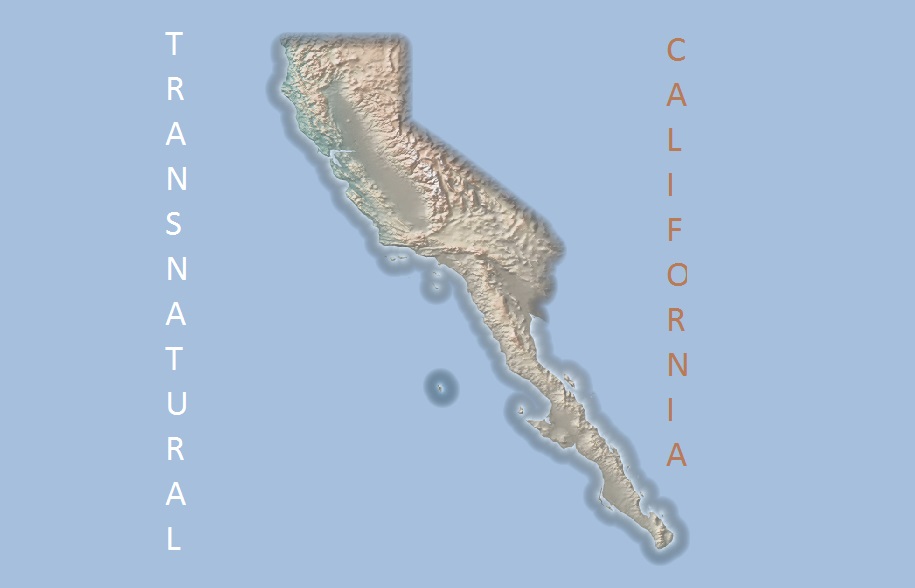 The combined Californias, if you squint and turn your head sideways, look like a stylized hand with index finger pointing toward something - the Equator, maybe?

You can use QGIS and free vector data from Natural Earth to do this. I would recommend 1:10M scale Admin level 1 download "Admin 1 - States and Provinces" from this page. Irrespective of which tool you want to use, that's probably the easiest source for the state outlines.

In QGIS, select just the states you want to join. I assumed California, Baja California and Baja California Sur. Then save the layer as a new shapefile. Make sure you tick the box 'only selected features'. If you don't you'll end up with just a copy of all of the whole worlds' provinces... )

Select this new layer, and use Buffer (Vector>Geoprocessing Tools>Buffer(s)) with a value of 0.0001 (degrees) . Make sure that the "dissolve buffer results" checkbox is checked. This expands the state outlines by a tiny amount, so that they overlap, then merges them into your new superstate. Doing it this way removes the joins, which makes styling the map easier too :)

Here's one I made in QGIS, to give you rough idea what can be done. For this I used the hypsometric cross tint - also from NaturalEarth. 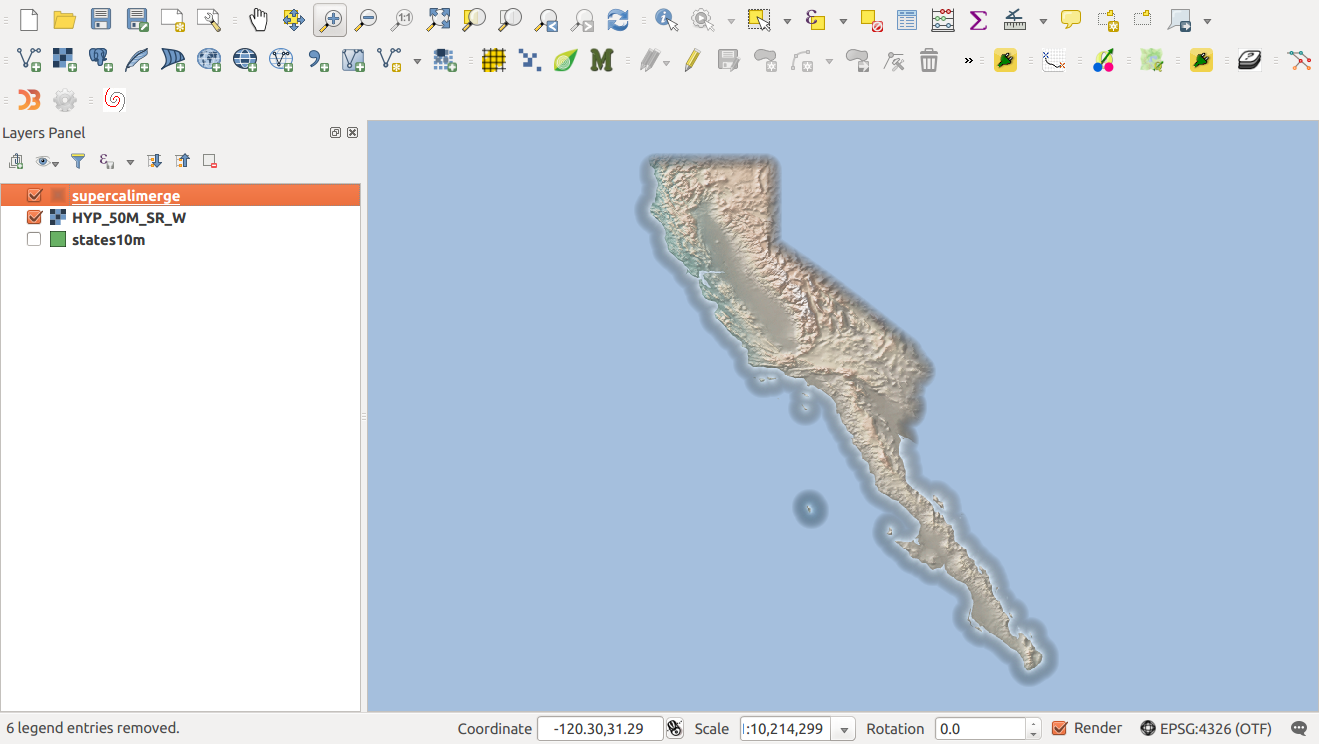 The superstate was styled as transparent fill. This lets the image show through. Also used 'Inverted polygons' and 'Shapeburst fill', using a colour gradient (from Transparent to Blue). That's what gives the 'halo' effect, which also serves to hide neighbouring states.

One of the downsides to this (as Diffusion_net pointed out) is that it can make UniCalifornia look like an island. You can experiment with the shapeburst fill settings to include more or less of the neighbouring states to give some context, by changing the blur distance.

If you're more at home with Illustrator/InkScape, you can always export the merged state map to SVG (using Print Composer) and edit it in a graphics package.

I have some questions about how you want to display this. First, what are you trying to use to create the map? If this is a static/paper map you could use anything from illustrator to ArcGIS and if you want something interactive I would assume you would use D3, Leaflet, OpenLayers, ArcGIS api.

Also, from what I am understanding you just want the state to be displayed, with maybe the bodies of water? So something like : https://commons.wikimedia.org/wiki/File:Map_of_California_outline.svg? Otherwise if you want to add the bodies of water I would suggest adding the border to "Unicalifornia" and not the other states and with the bodies of water still being displayed. This way "unicalifornia" does not look like a floating piece of land with water on the side. imagine something like this zoomed to your area of interest without the borders of any other state: http://vignette3.wikia.nocookie.net/marvelcinematicuniverse/images/3/3d/Map_of_California.svg/revision/latest?cb=20140427110747

Not the answer you're looking for? Browse other questions tagged cartography borders or ask your own question.

1
How do you create Map Tips with Flex?
7
How to create a user map from CSV?
12
How to create a transparent box in the map layout?
2
How to create labeling similar to this map?
1
GeoServer create map from image
0
Create offline map for android
4
How to visualize texture along borders of multipart polygon