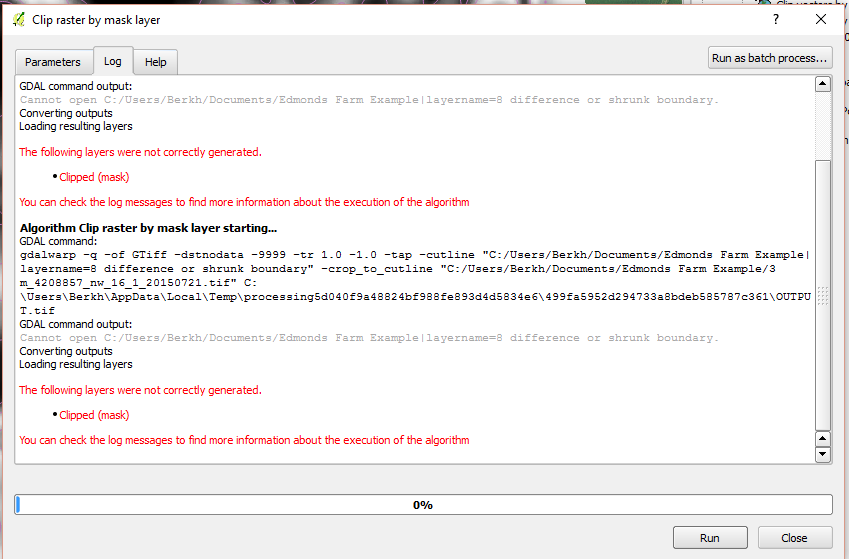 I'm having issues using the "Clip Raster by Mask Layer" algorithm to clip a raster by a shapefile. When I run the algorithm, I get an error saying that the mask layer could not be loaded, even though it is already present in the legend. I've tried this after freshly opening it as well.

Though I can't go into the details about the process, I can tell you that a shapefile with the boundary of a field is used to make a 20ft inner buffer. This is then cut away from the original boundary file to make a new boundary that is 20ft smaller on every side than the original. This is then used to cut a very large raster with the Clip raster by mask layer. So it goes:

Step 3 is where I get the errors. Sometimes it just doesn't write any file (probably going to make another post about that), but in this case, it can't read the output from step 2 (SymDif file).

I would suggest saving the output as a normal file instead of a temporary one, works for me.

Not the answer you're looking for? Browse other questions tagged qgis pyqgis gdalwarp or ask your own question.