Irreparable polygon feature -unable to repair a polygon with arcs

I have a very funny polygon feature appeared as a result of union of many buffers and cannot repair without manipulating its true shape. Without fixing it, I cannot run subsequent overlay operations. I think the repair geometry tool fixes self-intersecting edges iteratively and consecutive arc edge fixation procedure reproduces the same error again. No matter how many times I try, it reports it is fixed (i.e., 10 times WARNING 000461: Repaired feature 1 because of self intersections) but it returns the same unfixed shape.

Having heard that others have had no issues in repairing this geometry (a proper tail attached to the main part with a 0.03m width), I decided to add a bit more how I came to this point. I have a point feature class with 40.000 features that I need to buffer based on a field and they are pretty close at some locations. These close features tend to produce a large number of slivers. My previous attempts led me to Out of memory or Topoengine errors, and I decided to set the resolution of a copy of this point feature class to 1m (i.e., move points to the closest meter resolution, which might be the source of the problem). I then changed the resolution and tolerance values to their defaults before undertaking any Overlay analysis. 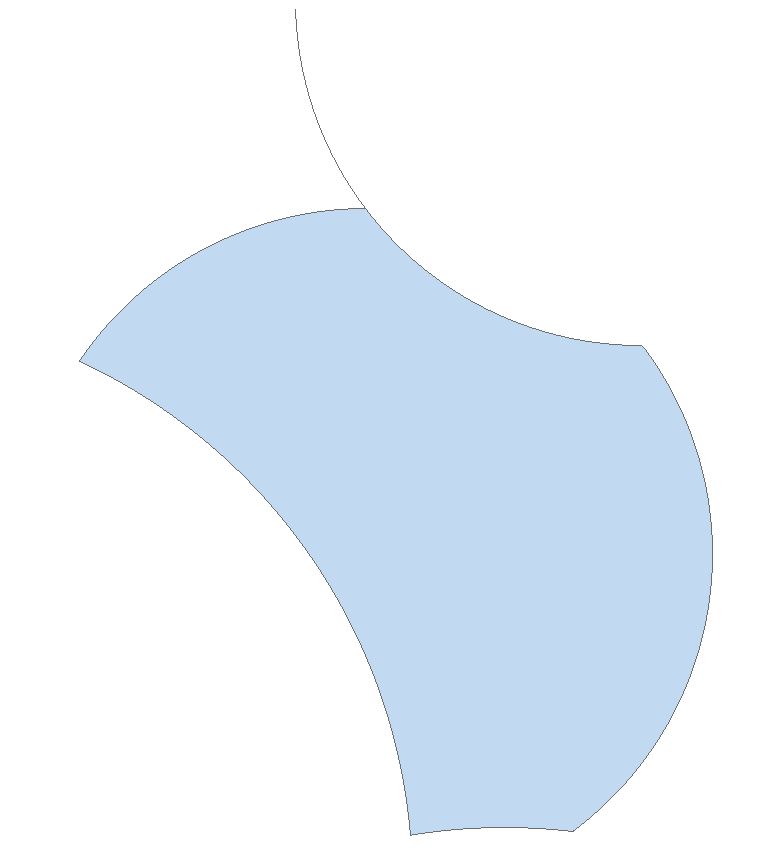 For you to replicate the problem in ArcMap, the below is the code snippet including the JSON of this feature considering it is a lossless approximation to the original geometry, which I tested and confirm that it produces the same shape. A word advice, arcpy.AsShape's second argument to process esri_json introduced to this function after the version 10.3, prior versions may complain.

To remove the tail, edit the layer and draw another polygon such that it intersects the original polygon at the base of the tail. Select this polygon. 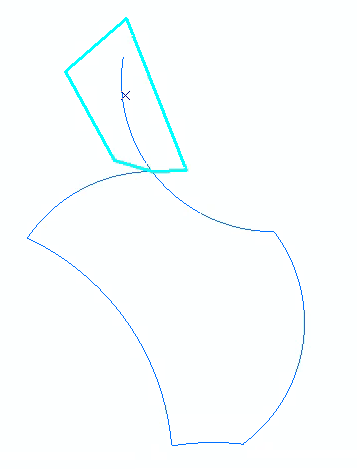 In the editor toolbar, choose Clip.

Choose Discard the area that intersects.

Delete the polygon used to clip. 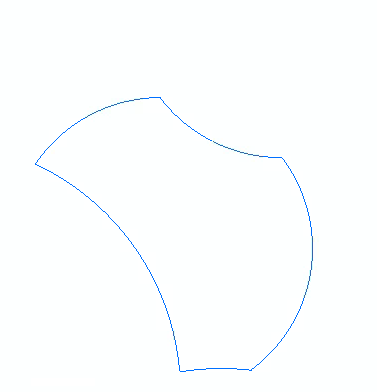 This is not a solution, just an update on my experiments with the shape in question. I ran your script and got perfectly valid polygon. There is 0.03 m gap, where tail attached to main body: 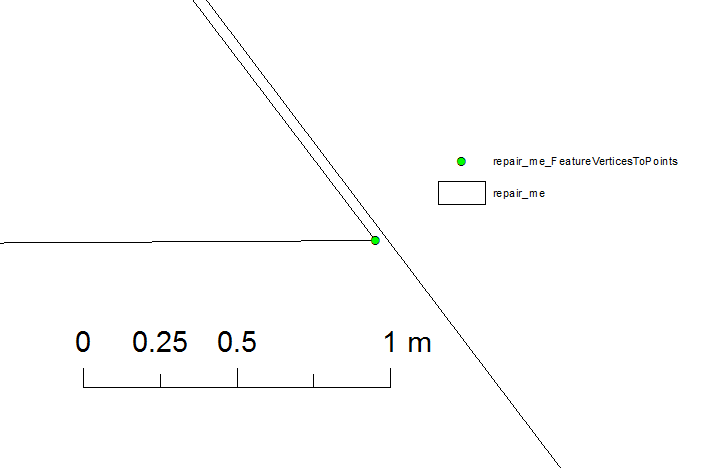 Repair geometry ran smoothly and gave no warning messages. I suspect there is something else to it. XY tolerance in database perhaps. I keep XY Resolution and XY Tolerance blank in my workbench mxd, because I had a very bad experience in the past experimenting with them.

I also tried to apply my 3-tools solution, explained in comments and the output was the same “repair_me” shape. Puzzle yet to be solved...

Not the answer you're looking for? Browse other questions tagged arcgis-desktop arcgis-10.3 geometry or ask your own question.

9
How to repair topology of a shapefile?
2
Categorize feature with spatial join
1
Error when writing polygon feature
2
How to repair GDB_ITEMS.Definition if fields are missing (GPFieldInfoEx)?
0
ArcGIS 10.3 Feature To Polygon tool not working over dateline
1
Fix/Repair invalid Geometry
1
Select SDE.ST_GEOMETRY polylines that have arcs?
1
Why does SDE.ST_NUMPOINTS() add extra vertices for lines with arcs?