QGIS Union Error: multiple overlapping polygons created where only one should exist?

The Union function in QGIS appears to behave erroneously.

I have two shapefiles that overlap with each other, but not within themselves. They are both valid (Vector > Geometry Tools > Check Validity), and ArcGIS Union works flawlessly on both.

However, the Union function in QGIS (Vector > Geoprocessing > Union) creates a large number of erroneous duplicates. Several of them appear to have exactly the same shape. Some don't even exclude the areas where the two shapefiles overlap.

Why is this error occurring? I have not been able to find posts that describe similar problems.

When I run the Validity Check tool (Vector > Geometry Tools > Check Validity) before conducting the Union, the polygon highlighted in the example is unionized correctly. However, the problem is not resolved, as there are now other polygons that exhibit the same error.

Here is the final output: 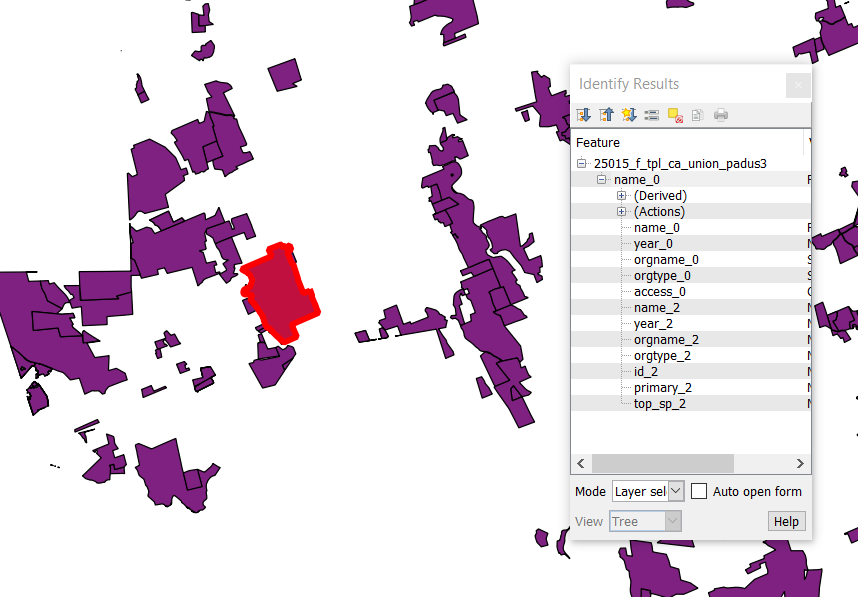 Not the answer you're looking for? Browse other questions tagged qgis shapefile union or ask your own question.