What is the simplest way to produce a shapefile where all lakes are eliminated? (See screen shot below) I should also say I'm using ArcMap 10.2. 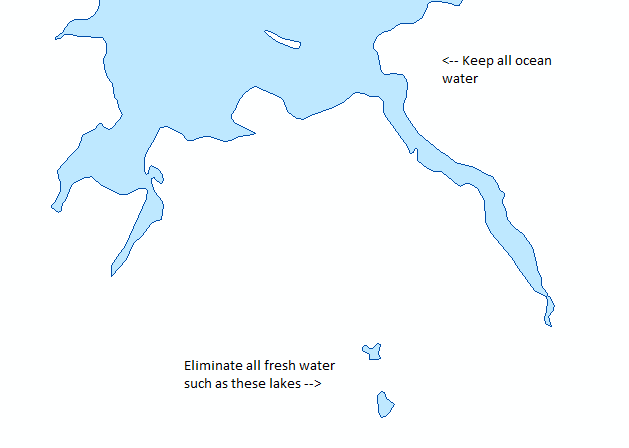 In my case the solution was to Select by attribute based on a column in the attribute table "Surface Area". My map was actually broken up by lines of lat and lon, which meant the ocean was not one contiguous polygon. This complicated things a bit because some of the ocean polygons were bisected by the lines (they were tiny pieces near land) making them actually smaller than some lakes. Nonetheless, a bit of careful eye work around the map and using the Select tool, to unselect those tiny pieces of ocean before deleting the rest (mainland lakes - again based on selecting by surface area), eventually got the result I wanted.

Not the answer you're looking for? Browse other questions tagged arcgis-desktop arcgis-10.2 polygon or ask your own question.