I am trying to mosaic together two smaller mosaics with two Landsat scenes each in ArcMap 10.2 but have come across an issue. As background, I am mosaicking the scenes this way since each of the smaller mosaics' bands were stretched initially and mosaicking all four scenes before stretching produces a poorly displayed raster. Stretching the bands on that initial mosaic did not fix the issue. When attempting to mosaic these smaller ones together, the following larger mosaic is produced: 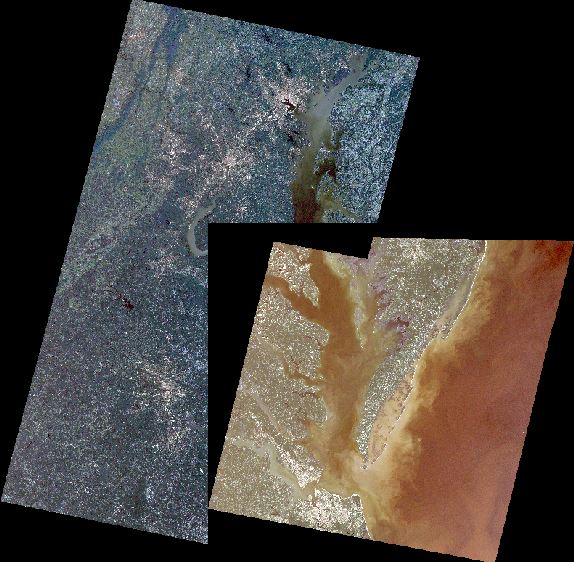 Overlaps do exist between all four scenes but when combining all of them initially into a single mosaic, the collar was not in between the scenes like it is now. Removing the collar from the larger mosaic does not remove the collar seen in between the two smaller mosaics: 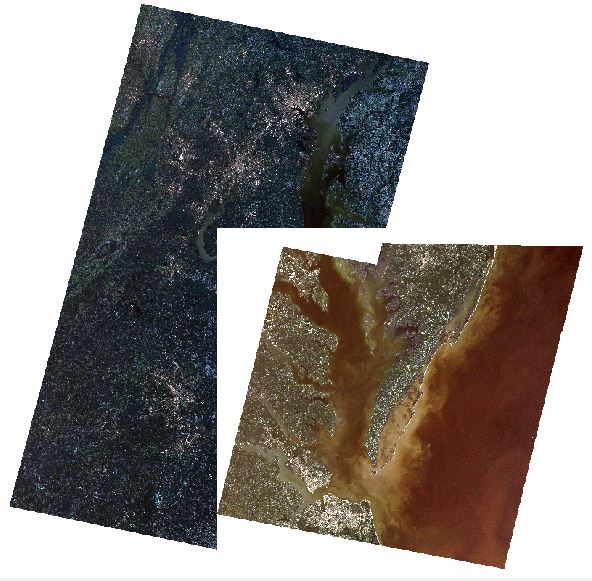 How can I go about making a cohesive mosaic of these two smaller mosaics? Is there a setting or tool within Raster toolbox that may be of use?

Have you checked your mosaic draw options? You can try draw method such as Seamline, etc then check your draw order such as first, last, blend. That might draw the data in the overlap sections.

Not the answer you're looking for? Browse other questions tagged arcgis-desktop digital-image-processing or ask your own question.