How to clip specific cells from raster that aren't fully covered by mask? 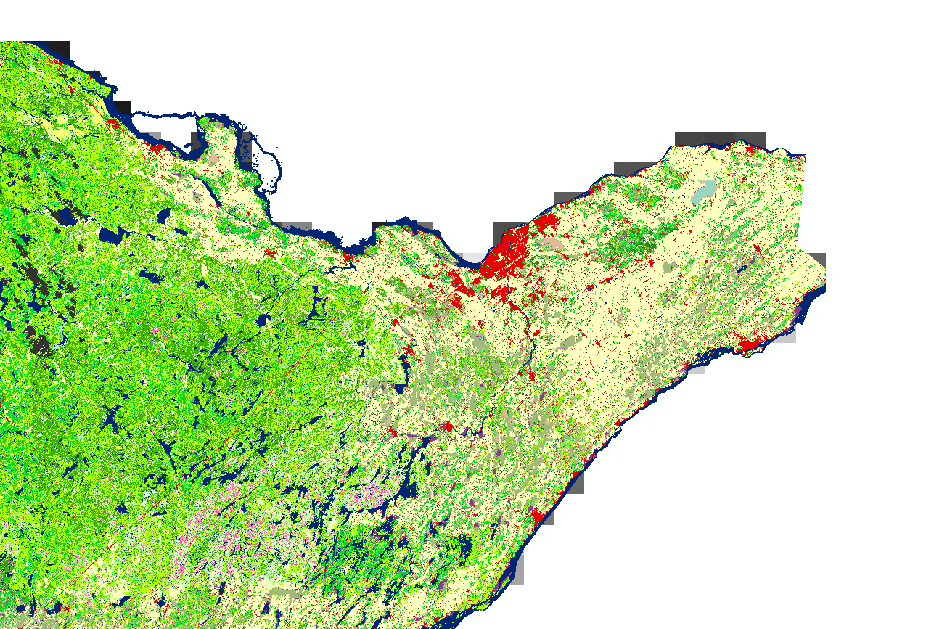 I need to remove the cells from the coarse raster layer that are not fully covered by the finer one. No cells lie completely outside the second layer, but a few are partially uncovered, and I want to remove them from the raster and create an output that doesn't have these cells. Essentially, I want to edit the first layer so that every single cell lies completely within the coverage of the second layer. I want to remove the grey cells in the image that are peeking out from behind the landcover data in the foreground.

I've tried extract by mask, but as best I can figure, it's not working because the center of the cells still lie inside the polygon.

Does anyone know how to alter the environment somehow to make the extract by mask exclude cells that lie even partially outside the polygon? Or am I using a completely wrong method?

Not the answer you're looking for? Browse other questions tagged arcgis-desktop raster spatial-analyst extract-by-mask or ask your own question.

4
How to clip grid (based on points) leaving whole cells only using ArcGIS 10.1 for Desktop?
2
zonal statistics sum on raster with same values
1
Extract by mask: extract only those cells not covered by mask
2
Counting raster values using another raster as mask in R?
1
Mask raster cells within only
10
R raster: masking a raster by polygon also remove cells partially covered?
3
How to clip a raster and exclude pixels that overlap the edge of the mask layer
2
Comparison with different resolution rasters