I've thought to simply use arcpy.MultipleRingBuffer_analysis. However, if I use Dissolve_Option = "NONE", I am able to define which locations my buffers surround, as the locations ID is stored in newly created "ORIG_FID" field. However, my buffers overlap.

If I use Dissolve_Option = "ALL", my buffers do not overlap. But, I have no information about which location does my buffer surround.

How do I accomplish having multiple distances non-overlapping buffers but be able to know the location they belong to? 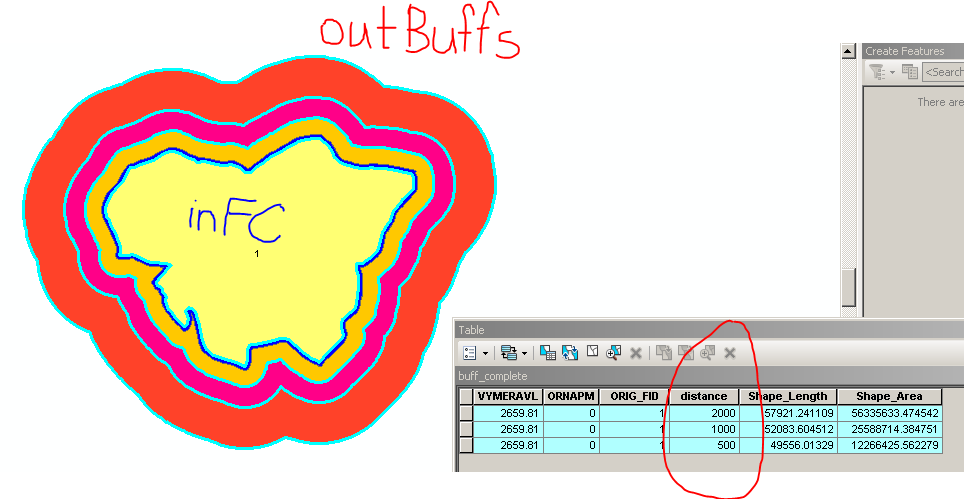 Dont dissolve the buffer, just erase the overlaps. Add this after buffer:

Or dissolve the buffers and join the attributes back using Spatial Join.

Not the answer you're looking for? Browse other questions tagged arcgis-desktop buffer multi-ring-buffer or ask your own question.