I am trying to update an app used from Web Appbuilder 1.2 to WAB 2.11. I cannot get the nexrad widget/map to behave the same in the newer version of WAB. In 1.2, the widget refreshes (1,2,5,or 10 second intervals). In 2.11, every time the Widget refreshes, my layer popups (when I click a feature on the map) disappear. Using developer tools, the styles read as follows:

I can uncheck these with the developer tools and the popup is visible again. I tried adding

to the styles.css file but that doesn't seem to work. Is there somewhere in the CSS or JS where I need to make a change to decouple these actions (Nexrad refreshes and layer popups)? There is no obvious location with the div id or an esri.css file. 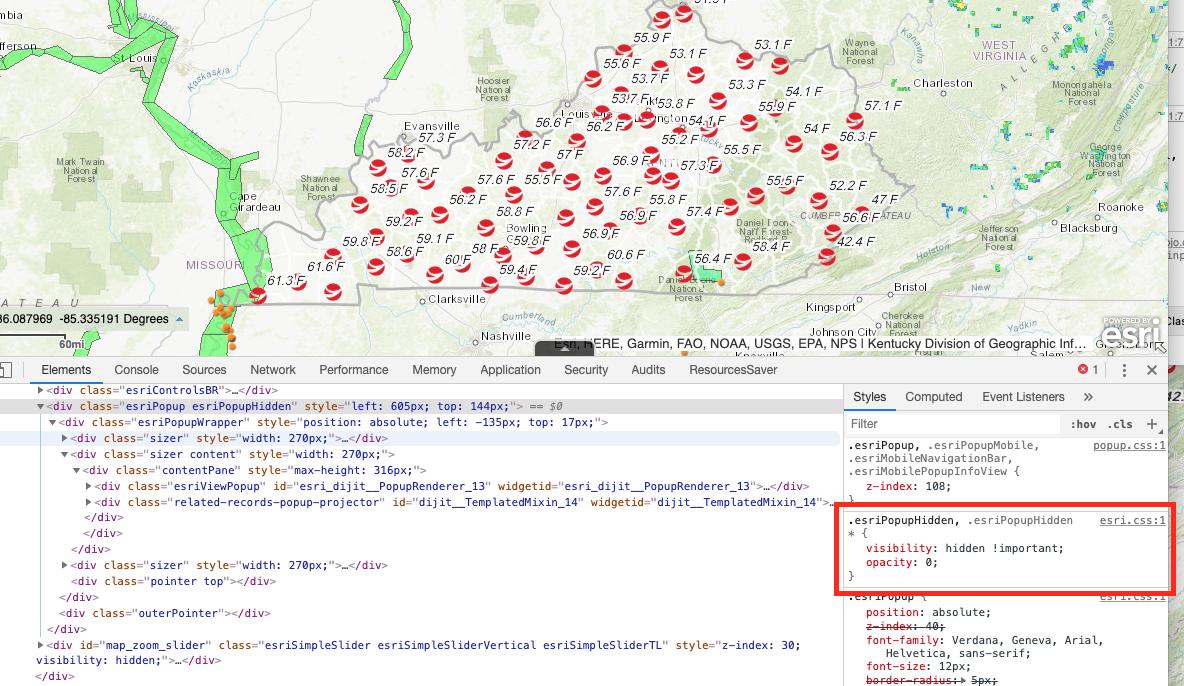 Located in the pathway jimu.js/LayerInfos/LayerInfo.js is the following code:

I commented out the infoWindow.hide() section as follows:

Not the answer you're looking for? Browse other questions tagged javascript popup arcgis-web-appbuilder css or ask your own question.