I have a problem with a polygon dataset. Due to the way it is produced (union of small Voronois) there are not always nodes at the same position in the common border between two adjacent polygons. When I do a st_union very small holes (can be less than 1 millimeter) appear. (They appear to be lines, but actually are polygons). This dataset is exported to other GIS environments (MapInfo) and they have the same problems with a geographical union.

So I am a little lost on how to proceed. My last resort is to use ArcGIS or FME, but it would be nice to solve this in PostGIS.

Or is there another (robust) solution? 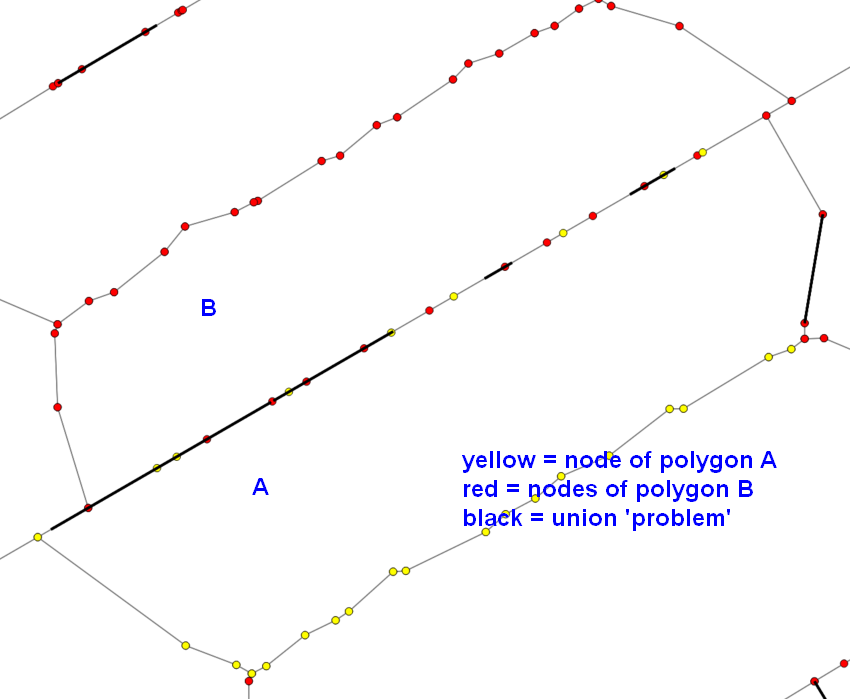 I did some extensive search on the web but I think there is no 'quick fix' I think. So I made my cleanPolygon function. And that works very well.

It implements a two step solution.

Step A)
Go from vertex to vertex and check if there is a *surrounding point ‘in between’ with a given bordesnap precision (3) If so: add this point to the geometry exterior ring.

*) This was considerable work because a point could be on within the precision, but also be 'around the corner'.
**) This works because the source pointsdataset is based on the original geometries, and not on the changed geometry.

And this works for me! You can play with the precision parameters to find what works best for the dataset.