I'm attempting to down-sample a raster (resampling to a coarser/ larger pixel size) with continuous, floating-point values. I generally use bilinear resampling for the up-sampling case (resampling to a finer resolution), so I thought I would use it here, too. I'm finding that whether I use gdal.ReprojectImage() or gdal.Warp (which is a wrapper for gdalwarp), I get large NoData chunks in the output image wherever there was at least one NoData value in the input image. I would have assumed that as long as there was some data in an output pixel (which subsumes multiple smaller pixels), there would be a valid output value.

The effect is quite striking visually. The original raster image (9-km resolution on an equal-area grid) looks like this: 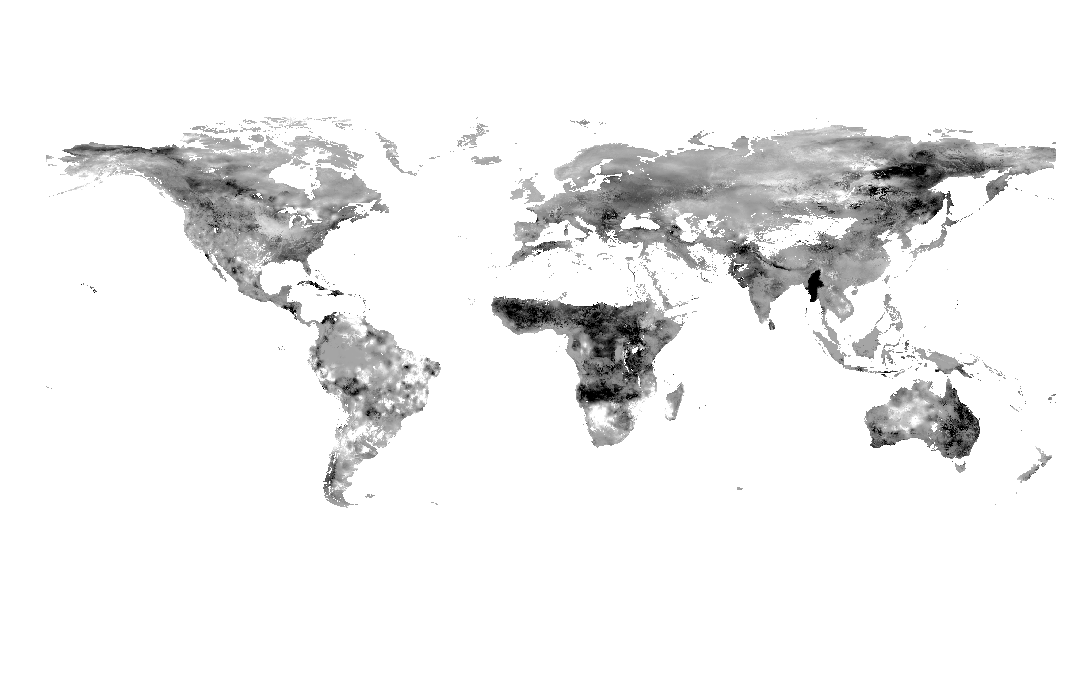 The resampled raster image (1-degree equirectangular projection) looks like this: 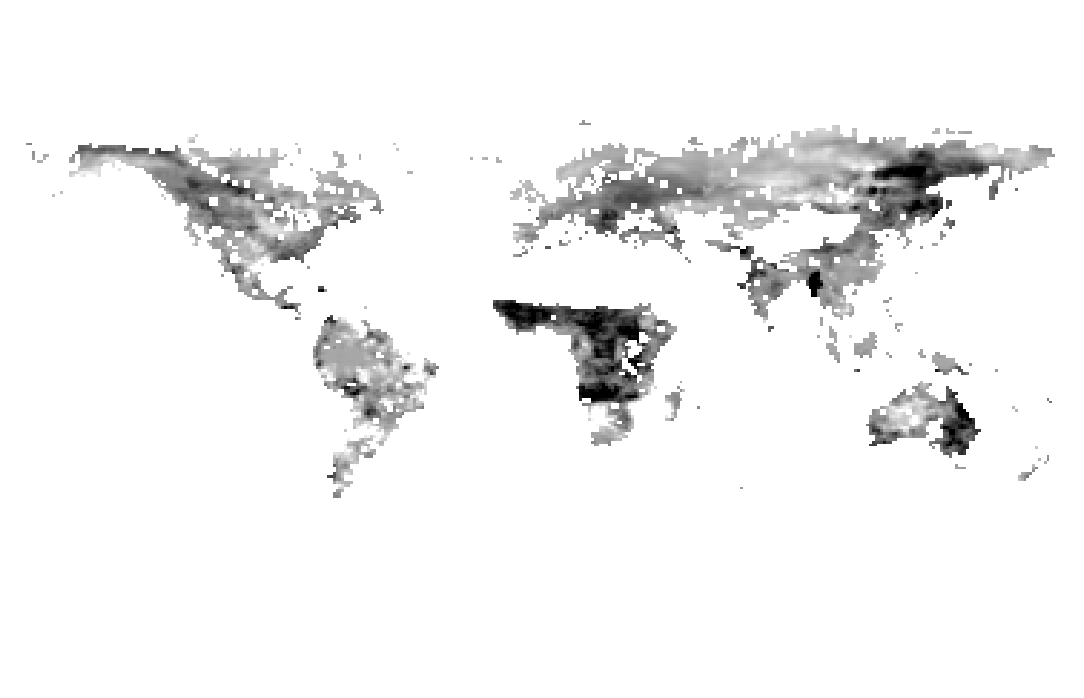 Sample Python code used to resample the original equal-area raster is below; there is an equivalent with gdal.ReprojectImage() but it is much more verbose.

In contrast, a nearest-neighbor resampling (changing resampleAlg argument) produces a continuous 1-degree grid, with no "holes" in the output raster. Nearest neighbor is much simpler, of course, but is there an option to calculate weights for bilinear resampling in a way that NoData pixels don't contaminate output pixels in this way?

Not the answer you're looking for? Browse other questions tagged python gdal resampling or ask your own question.