I am working with Build Balanced Zones tool in ArcGIS Pro, which uses a genetic algorithm to find an optimal solution to a spatial problem (such as creating zones with equal population). It uses a parameter called generations (the more generations you use, the better the solution will be) to generate those zones. There isn't much information about what is the optimal amount of generations because it largely depends on the problem. By using the default settings, it shows that it found the optimal solution, but by running those same parameters again, the solution is different. I believe it gets stuck in local maxima. I found that by increasing the generations to a fairly high number (which makes the tools running time fairly time-consuming) it finds the same solution every time. I want to find out how many generations is it reasonable to use in order to find the solution which is the same every time I run it.

I believe there are many ways to find the solution, but right now I created a model with ArcGIS ModelBuilder, which is missing a couple of steps in the end.

It starts with a For loop, which increases the number of generations used in the iteration. It outputs the generated solution. 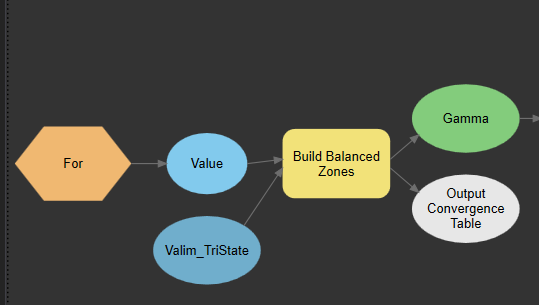 From there, the solution is dissolved based on the generated Zone_ID in order to compare it against the perfect solution which was previously created using a very high number of generations. Ideally, it should compare it against the next generation, but it is difficult to use two iterators together. The Spatial Join used is Are Identical To, which outputs the join count of 1 if the polygons are geometrically identical and 0 if they are not.

Then I use the Summary Statistics tool which finds the sum of the join count field. Generating a table with one row in the process. I use a Get Field Value tool to find that value.

I am calculating that value based on an expression. Right now, I am using smaller sample data and I know that if that value equals 4 then it is the right generation. I could use a Stop tool right there, which ends the iteration, but I found that the result could also be false positive. Genetic Algorithms use randomness and it could have been just luck that the two solutions match perfectly. 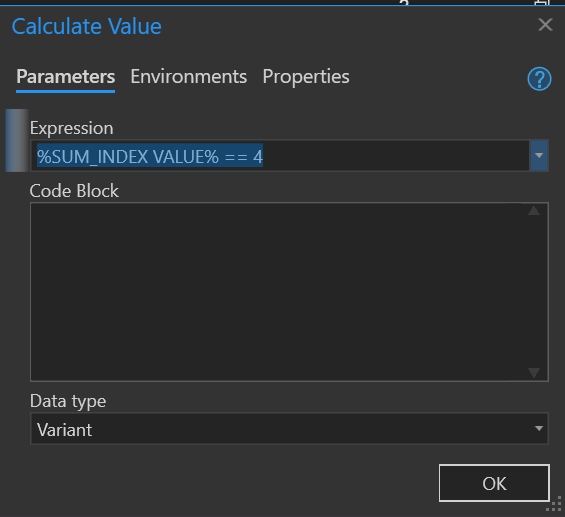 Hence, I need to collect the values and apply some sort of pattern finder script to it (if the expression is true ten times in a row for example). Currently, I have collected those values with Collect Values, but it does not let me output it to some sort of a table, for which I could apply further expressions. The values are just there, and I can't seem to do anything with them. I can clearly see that the expression became true (value of 1) in a visible pattern as the generation number started to increase. Is there any way I can create a view or table with those values in the same iteration? 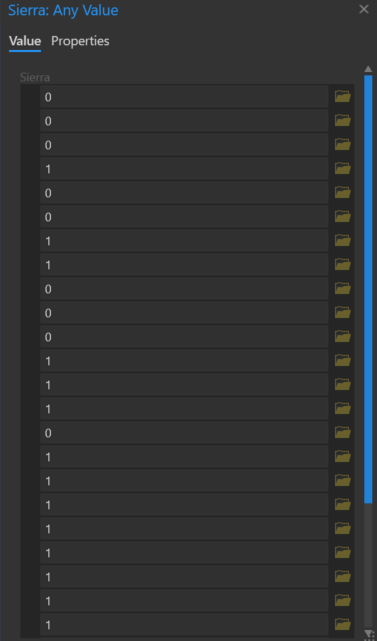 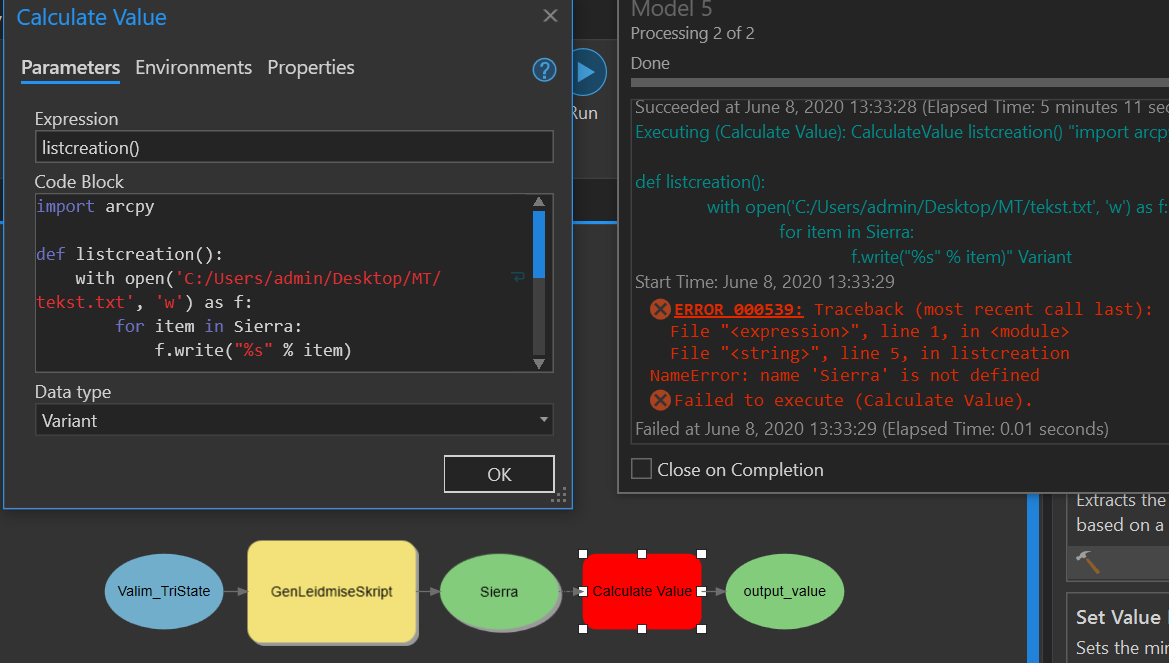 If this was me I would put the model you have into another model, the so called master model, so your current model is a sub model. You need to expose the output of collects values as a parameter so that it becomes a green bubble in the master model.

The output of a Collects value tool is a list and in your case you have a list of 1's or 0's. This list could feed into a calculate Value tool in the master model where you have some python code to write the list to a text file. There are many examples of how to write to a text file in python on the internet.

Not the answer you're looking for? Browse other questions tagged modelbuilder arcgis-pro expression iteration or ask your own question.