Why are there holes in these radar blobs? 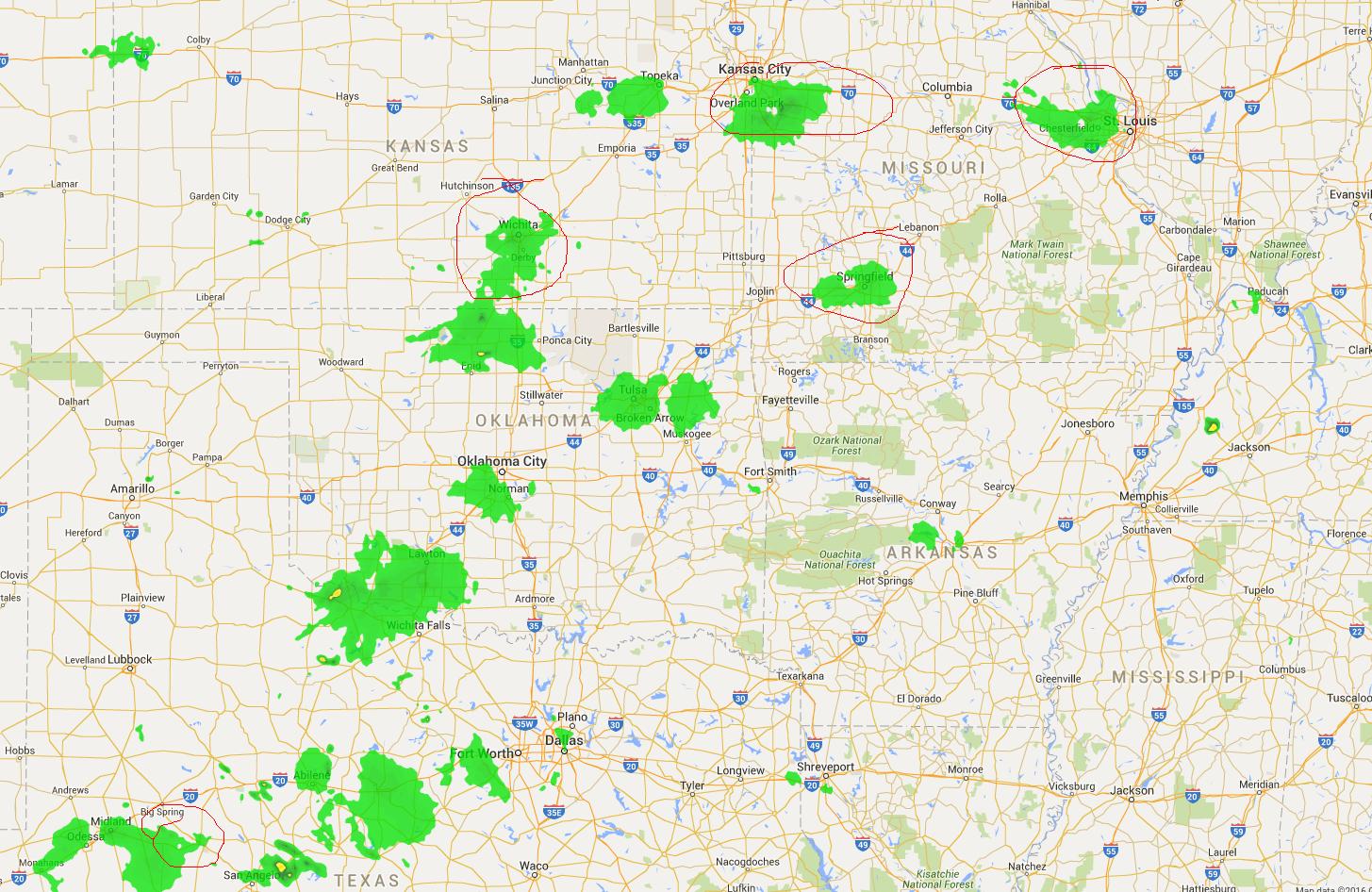 I was recently looking at a live weather radar online and I noticed several "holes" in the radar blobs usually near the center of the blob. I also noticed that in a few cases that the holes stayed in roughly the same place even when the blob moved around it. What is the cause of these holes? Is it some sort of radar error (ie. if the radar is situated inside the holes and can't detect anything that is too close to it? If not, then what is the cause?

When the sun goes down and the surface begins to cool, the change in refractive index in the lowest few (to several) hundred feet of the atmosphere tend to bend the radar beam toward the surface. This bending holds the radar beam near the surface for extended distances, where it encounters scatterers that would not normally be available above the boundary layer. These scatterers include insects, aerosols, particulate matter, etc., and account for the increased radar return referred to as "radar blob." super refraction causes radar blob. The beam bends low to the ground with the beam so close to the ground, it keeps running into multiple insects/dust/other particulates as it moves outward from the radar. As the super refraction becomes worse, the radar beam travels farther than it had previously, and encounters even more of these particles, causing the amount of clutter on the screen to "grow." As the super refraction decreases in the morning, it shrinks (hole).

Not the answer you're looking for? Browse other questions tagged weather radar or ask your own question.

5
Why does the peak of a mountain appear bright on Radar images?