I have recently completed a land use classification using over 100 ROIs for 5 different land cover classes and it has developed what looks like a highly specific spectral signature for each class. This has meant that the classification is almost like a series of disconnected coloured squares (see pic). It would be great if, for example, similar pixels surrounding or next to a 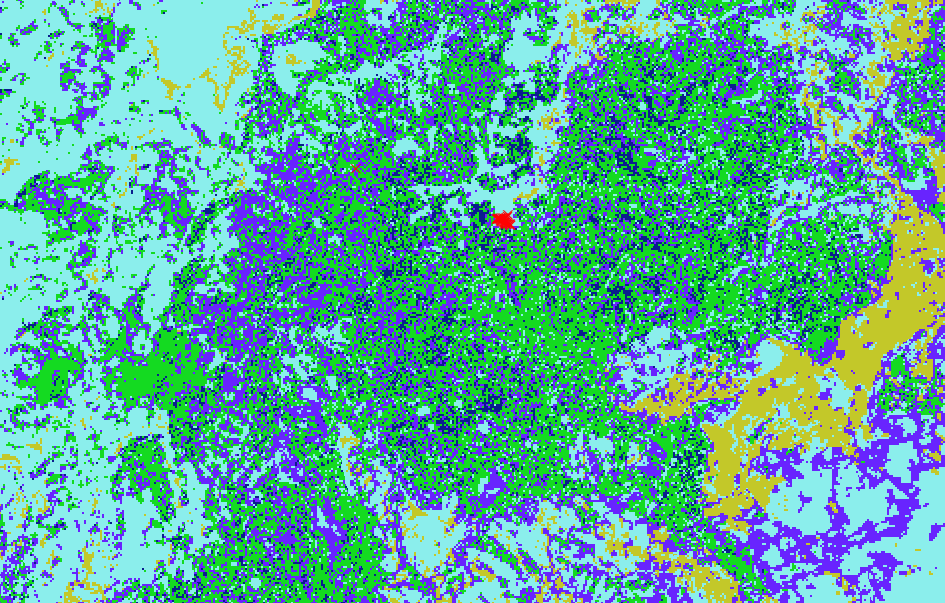 different pixel could convert it to the same class so as to show more contiguous classes. Any ideas?

In QGIS I tried a majority filter (Processing>toolbox>geoalgorithms>filters) and also a sieve analysis (Raster>analysis). I found the Sieve function much easier to interpret and therefore get the results I wanted, especially when using the 4 or 8 connecting pixels function. This reduced a lot of the noise and gave a more interpretable sense of majority land covers within each area. I will use this output to create a generalised vector land cover map.

I've stumbled across this, with my specific situation being anomalous singleton pixels in my constructed classification layer. Based on pointers in the (older) answers and comments here, plus How to apply a Majority filter in GRASS GIS?, here's what worked for me with a combo of GRASS and Raster calculator in QGIS.

Starting point is my (noisy) classification layer (a small subset). The 2nd image highlights the anomalous singletons in black. 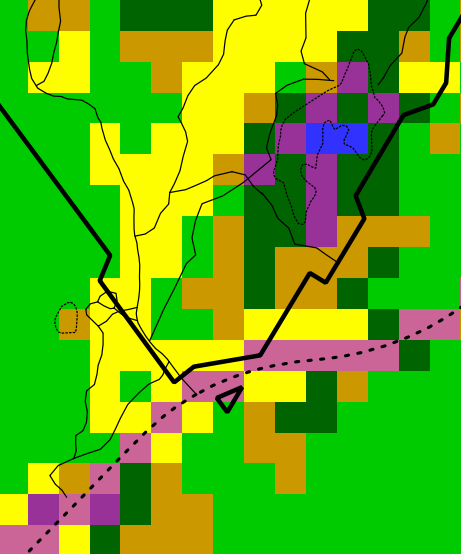 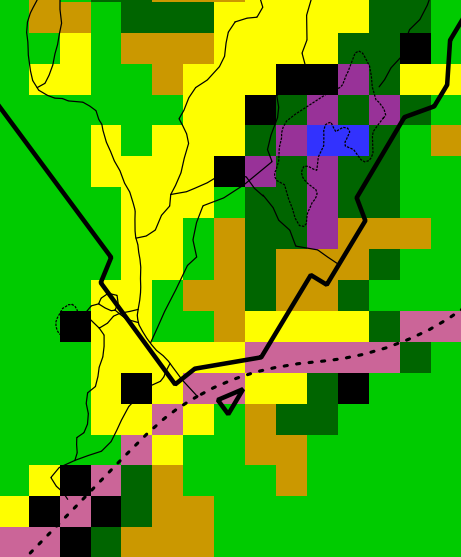 A simple run of the QGIS/GDAL sieve algorithm, with 8-connectedness and threshold of 2, seems promising, but does some strange remappings, e.g. the pixel circled in red. The problem is the GDAL sieve maps removed pixels to the biggest neighbouring polygon, which may not be the most frequent neighbour. Here it's one pixel, but in a land cover/vegetation classification this happens too often. 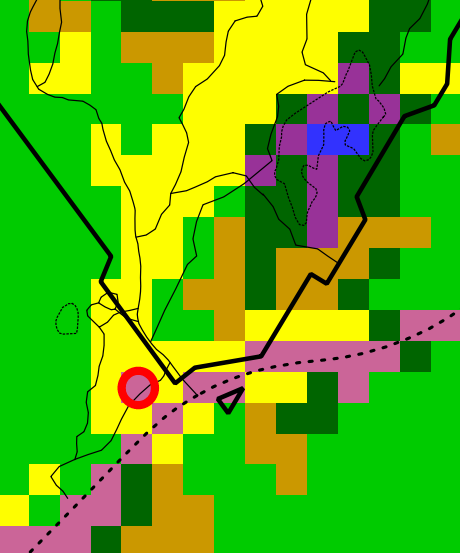 A majority filter gives a better remapping of the singletons, but unfortunately also remaps pixels that were on actual polygon boundaries, 2 examples again circled in red: 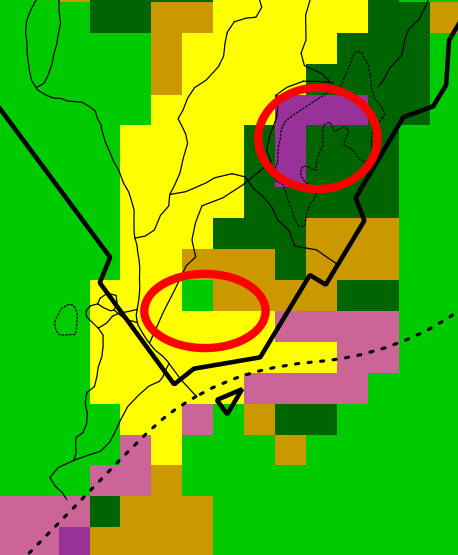 The solution is then to combine the original raster plus the majority-filtered one on the singletons only. Here is the output: 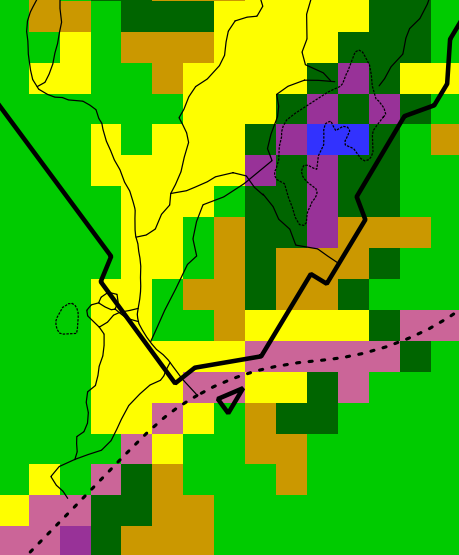 The steps to do this are as follows, the original raster called aci_class_combined:

If using grass natively rather than from withing QGIS, one could use the the r.neighbors method=interspersion output as a location mask in the method=mode invocation directly, but from QGIS it would require mucking around with conditionals and no-data values and the above was faster than figuring it out.)

Editing to add: With some further tinkering, the simple majority filter using grass r.neighbors can be overly aggressive, especially for singletons that end up having multiple neighbouring polygons with 2-3 adjacent pixels. For that step, using the SAGA Raster filter / Majority filter with a threshold of ~50% (4+ neighbours to change a pixel) is a more conservative option. Still good to incorporate its changes only on singletons as above.

i think you can use RStudio to reclassify multiple class to the class you wish and the syntax is very simple.

step 1. In (ArcGIS or QGIS) attribute table check the similar classes and write it in your note book.

step 2. Install R and RStudio and open it in your desktop

Not the answer you're looking for? Browse other questions tagged qgis land-cover kernel-density land-classification land-use or ask your own question.

8
How to apply a Majority filter in GRASS GIS?
2
Densify and smooth out categorical raster with diagonal neighbors