I am learning how to convert ESRI shapefiles to GeoJSON and then work with it in D3. I am following Mike Bostock's tutorial on Medium (https://medium.com/@mbostock/command-line-cartography-part-1-897aa8f8ca2c#.8jny46gjo) to help me as I go. The tutorial overestimates my ability a bit, however.

First I went to get a shapefile. I decided to use Australia. In this case I used the "Postal Areas" shapefile from http://www.abs.gov.au/AUSSTATS/abs@.nsf/DetailsPage/1270.0.55.003July%202011?OpenDocument

Then I opened it in QGIS to get a sense for what to expect. I noted that it uses EPSG:4283 and looked that up on Spatial Reference (http://spatialreference.org/ref/epsg/4283/html/). I tried, but failed, to use this to get some kind of understanding of what projection to use in D3 but decided to move forward anyway.

I dug around a little more and found an Australian Albers projection (http://spatialreference.org/ref/epsg/3577/html/) that looked a bit more like the California Albers that Bostock used in the tutorial and ran with that.

Next I moved on to converting my shapefile to GeoJSON. I deviated from the tutorial a bit here by using ogr2ogr because I had some trouble with shp2json. I ran the following command using the shapefile name provided in the zip file:

Update: If I put that into mapshaper.org, I get the following, which looks correct. I think my problem has to do more with what I am doing in D3, below. 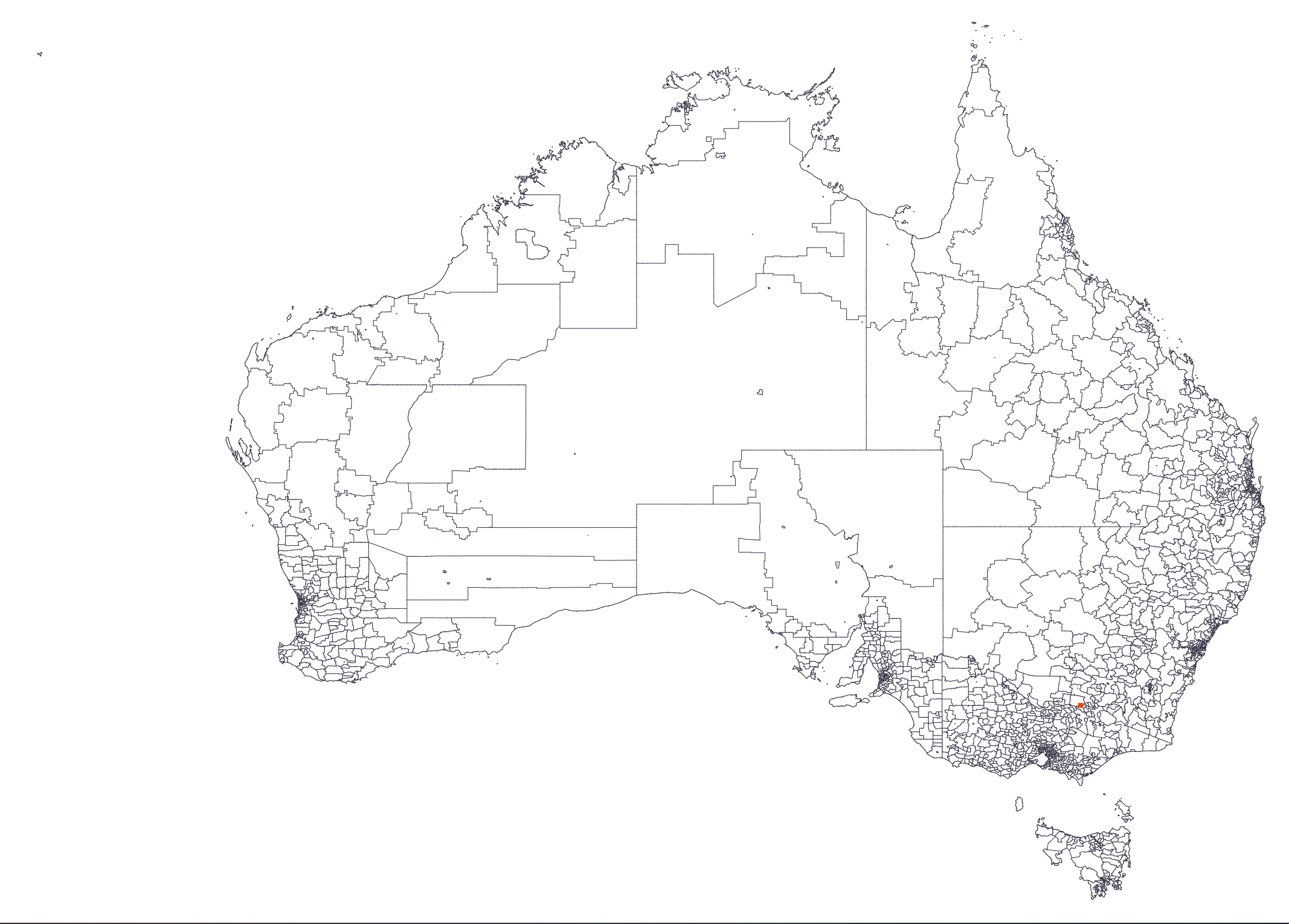 Since I had the Australia Albers projection information from EPSG:3577, I used that in geoproject as follows:

I took the output, aus_postal-transmerc.json and dropped it into mapshaper.org to see what I had achieved. Its something, but not much - I basically have an upside down map of Australia. 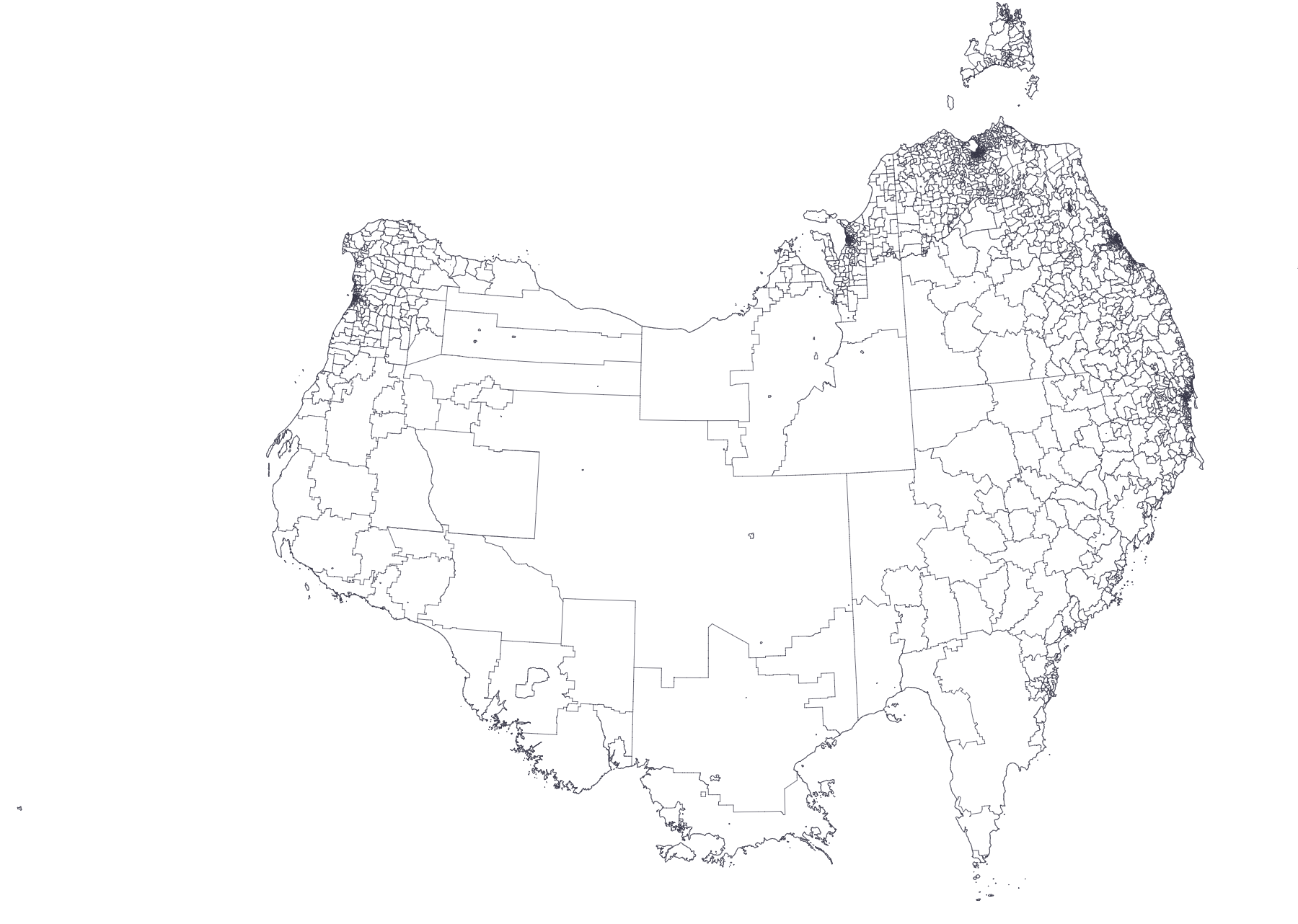 I have spent hours but I cannot seem to hit on a lead that gives me an idea of what I am doing wrong. I thought perhaps the original shapefile might be a problem so I tried the same test for a shapefile of Japan. I used d3.geoTransverseMercator() in that case but ultimately ended up with the same problem - the result was an upside down map.

The only thing I have not tried yet is just throwing things at the wall to see what sticks - randomly using different projections until something just works. That seems wrong, though. I imagine that there must be recommended projections for each shapefile but I am completely stumped.

Am I missing something terribly obvious?

shapefile geojson d3
Share
Improve this question
edited May 31 '17 at 6:14

I was able to work through the problem and understand what was happening, so I thought I would detail it for anyone who runs into this in the future. Folks who know better than me are welcome to amend this answer by commenting.

First, it looks like I didn't actually do anything wrong (although I won't claim to have done things optimally). It appears that when you create a projection and view it using the GeoJSON, at least when using mapshaper.org as your viewing tool, the map is inverted north-south. This is just the way D3js works when creating a projection.

Second, when you ultimately convert your map to SVG format for viewing on the web it will automatically be converted correctly as you would expect to see it on a printed document.

I would also offer a word about projections for new folks like me. It does not appear that there is always a perfect projection available. If you can find a reference of a commonly used projection for a specific geographic area, of which it seems there are many for the US, then its probably safe to use those. It seems D3js supports a lot of different projections but I only used Albers, Mercator and TransverseMercator. I ultimately settled on TransverseMercator simply because I got it to work and the output looked acceptable (i.e. not skewed or missing data as far as I could tell).

Mid-project I switched from working with a shapefile of Australia to using a shapefile of Japan. I cannot offer examples for Australia, but these are the commands I ran in sequence to output an SVG of Japan.

Create a Transverse Mercator projection of the GeoJSON using D3js. The rotation and center are specific to the shapefile I was using. Translate refocuses the middle of the map and fitSize blows it up so it looks right when output to SVG.

Create an SVG of the GeoJSON projection. I specify the same height and width used in fitSize in the previous command.

Below is the SVG as rendered in the browser. 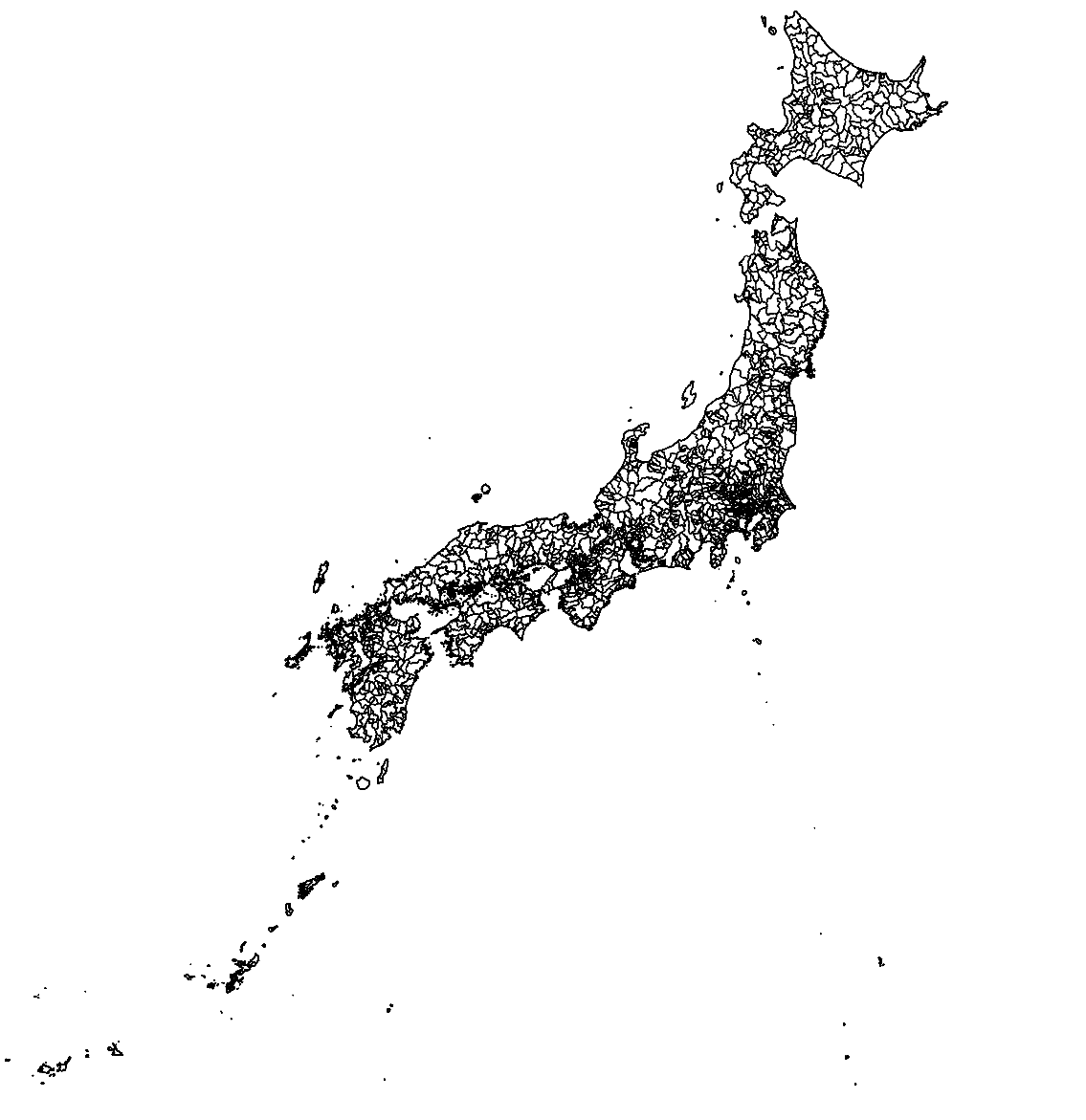 Not the answer you're looking for? Browse other questions tagged shapefile geojson d3 or ask your own question.

13
What's up with the GeoJSON spec and CRS as a IRM?
3
Is there no EPSG code to use for Behrmann equal-area projection in ogr2ogr?
5
D3 to match this QGIS projection?
3
Troubleshooting with Tiger for d3 — is this the wrong projection? Why's it look like this?
3
D3 javascript and GeoJSON: lines in Stockholm map very strange
1
D3 can't render GeoJson file (Simple structure in Montreal, Canada) created in QGIS
4
Converting EPSG to D3.js
3
My SHP file does not appear on my base map
1
OpenLayers 4.6.5 GeoJSON WGS84 not mapped with a different projection