I am attempting to take a Tif file that I received from a company and convert it to a geo-tif using QGIS. The original file(s) I received were the *.tif, *.tfw, and *.prj. I'm fairly new to working with geo-tifs, but have learned that the *.tfw is the world file that contains the points to line up the rasters and the *.prj holds the projection information. So I was able to import the Tif into QGIS, but it was not in the projection I wanted. After some research, I was able to convert the Tif to the right projection and I was ready to save it as a Geo-Tif.

However when I saved the Tif, the *.tif file I get was a solid black picture, not the colored map that I originally imported. I can load the original TIF in GIMP with no problems, but when I try to load the TIF exported from QGIS, I get error messages "Unknown field with tag 33550 (0x830e). I assume GIMP doesn't know what to do with the Geo-tag information and is erroring. However, when it does load the tif, it is a solid black map. It has lost all the colors from the original.

I've searched the site, but have not been able to find anything on this. Any ideas where I could be going wrong? The original files can be found at: Original TIF files zipped

Everything is fine. You GeoTIFF is in right place now. No need to Save as ... 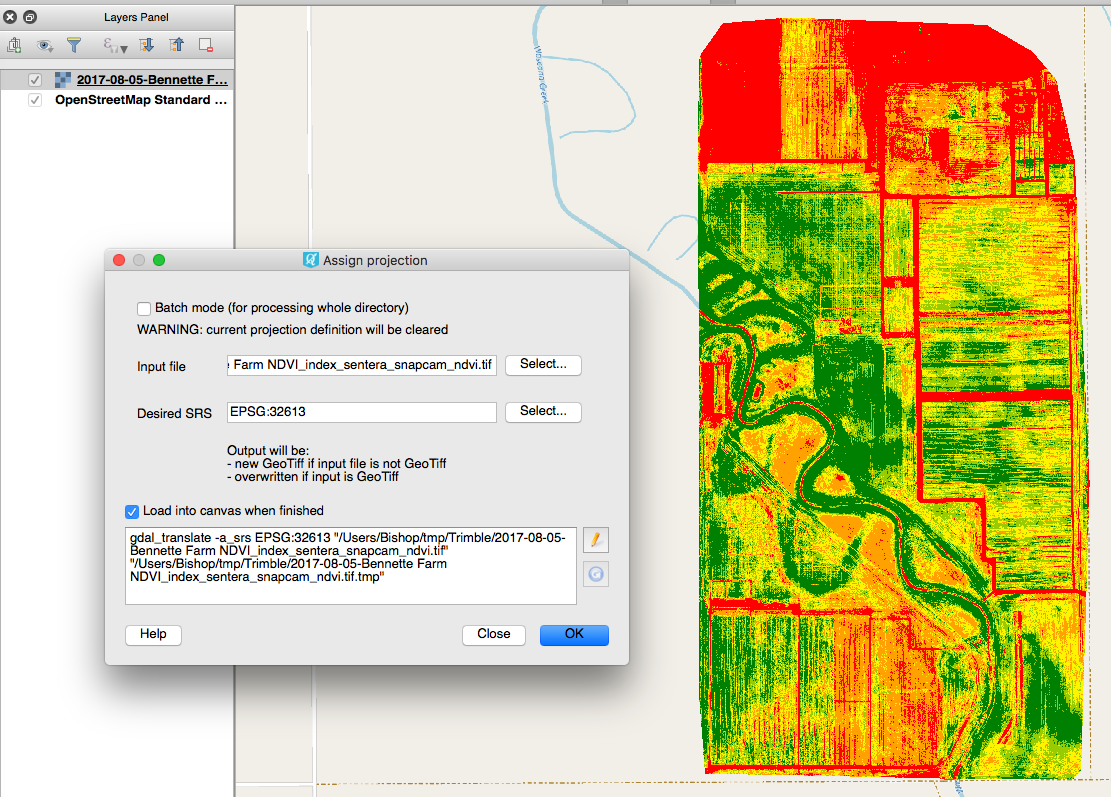