How to ignore invalid geometries in performing spatial join in QGIS 3.0? [duplicate]

I am attempting to perform a very simple join attributes by location between two shapefiles in the same projection. When I run it, I get an error message indicating that the algorithm could not be run because of errors in geometry. It further states that I can ignore errors by choosing that option. But I don't see that option in the window to run spatial join.

Screenshot of options for running join by location: 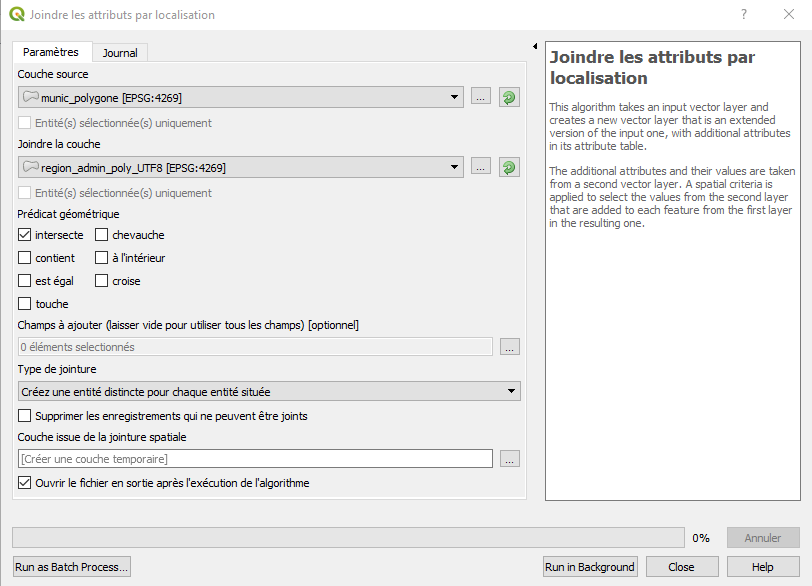 One of the shapefiles (the target shapefile) has features where one polygon is located inside the other polygon. (When I run validate geometry, the error messages look like this: Le polygone 2 est à l'intérieur du polygone 0 [Polygon 2 is inside polygon 0].) This isn't an geographical "error" in the sense that a single feature in the database has some smaller polygons within larger polygons that should be considered a single feature and should not be considered as two separate features in the data table. Thus, I can't "fix" the geometry error without creating a database error. As mentioned in this post, this is common in my file and difficult to work around.

From Settings -> Options -> Processing tab, expand out the General setting. 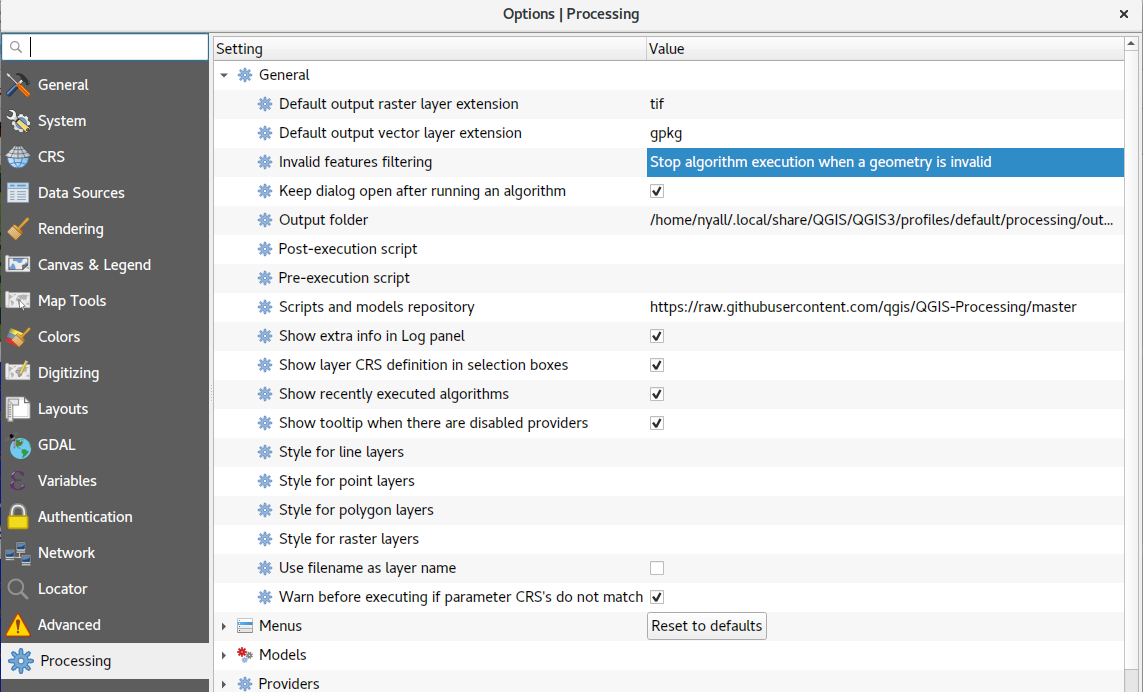 Not the answer you're looking for? Browse other questions tagged qgis spatial-join qgis-3 or ask your own question.

28
Ignoring invalid input features with Intersection tool in QGIS?
1
Unable to perform centroids or point on surface operations because of “invalid geometry”