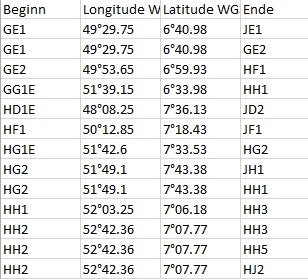 0
Automatize spatial join when creating an new feature
1
Put the start and the end name of a point object into the layer of the line object that connects them?
1
How to automatically import field value of polygon to point field based on spatial query?
0
Get value from point layer based on start/end of line layer
5
Expression to fetch polygon value intersecting end of line
3
Populating line attribute fields with attributes from point features snapped to their start_point or end_point
3
Filling features' attributes from line layer depending on what point layer is snapped to their start/end point in QGIS
1
Find item from start point and end point of line
2
Get coordinates from a second layer
1
Concatenate points values in a field of a line
See more linked questions

4
Dissolving line segments in QGIS if they touch and fall within same class?
3
Selecting features in an ArcGIS attribute table based on values of other features in the same table using SQL
4
Linking points with lines for display in QGIS
0
Complete Line vector with end points in point shape
4
QGIS Geometry Generator - Connecting Points with Lines - with a 'one to many' relationship
3
Filling features' attributes from line layer depending on what point layer is snapped to their start/end point in QGIS
3
Incremented index on a split polyline in QGIS