I am trying to figure out how to allocate the values I have in a lines layer to polygons based on how much of each line segment falls within each polygon.

I have a roads lines layer that has a different "traffic activity" value for each segment similar to the map shown here (for illustrative purposes): 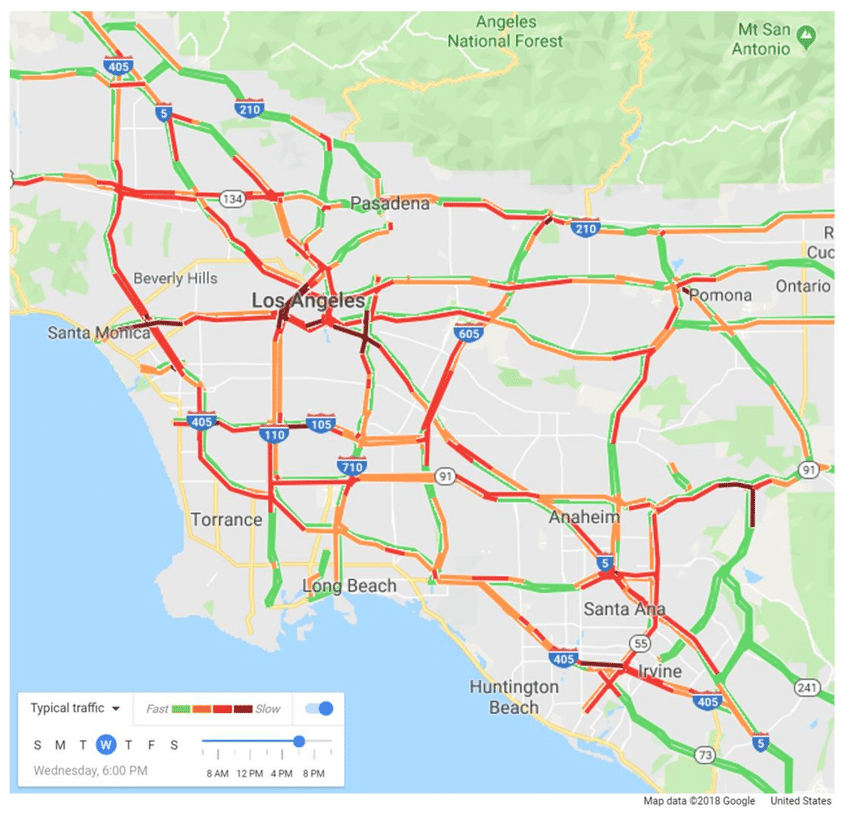 This can be achieved using a "Virtual Layer".

Go the the menu layer / add layer / add-edit virtual layer and enter the following query. You would have to change the layer name and field name(s) to suit your needs.

The output is a dynamic table, which you can then join back to your polygon layer.

Since the line length is involved, it assumes the data is projected in a CRS suitable for distance computation.

let's break it down:
There is the polygon p layer and the line l layer.
For each polygon id (group by p.id), the query computes the intersection between the lines and the polygon. For each intersection, its length is divided by the original line length and is multiplied by the original line value (l.val). At last, for each polygon, the sum of the aforementioned line percentage is computed (should multiple lines intersects with a polygon)

Not the answer you're looking for? Browse other questions tagged qgis polygon line intersection or ask your own question.