How to display nebulous boundaries between regions with indistinct edges?

I'm trying to map the boundaries between regions which don't necessarily have a hard edge.

For example, areas where languages predominate don't have a distinct edge, but instead have a degree of overlap - people don't suddenly stop speaking a language at a country border. How would you convey this in a map?

Here is an example I found showing tourist regions - I like how they've conveyed that you don't suddenly reach the boundary of a region, but that they are more nominal: 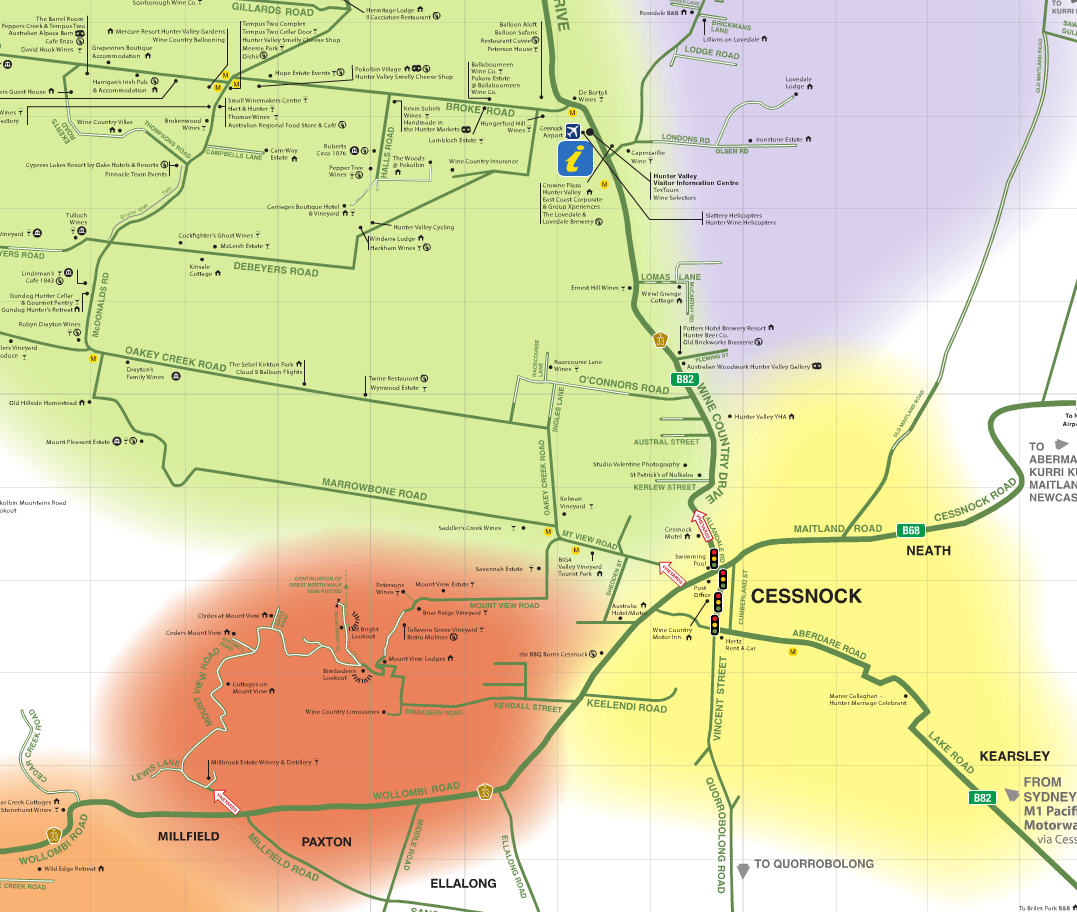 (I suspect that they used something like Adobe Illustrator to create this?)

How can I achieve a similar effect in ArcMap? For bonus points, I'd like a solution which will transfer to ArcGIS Server's JS API.

My starting point is a polygon layer which does contain hard edges - something like this: 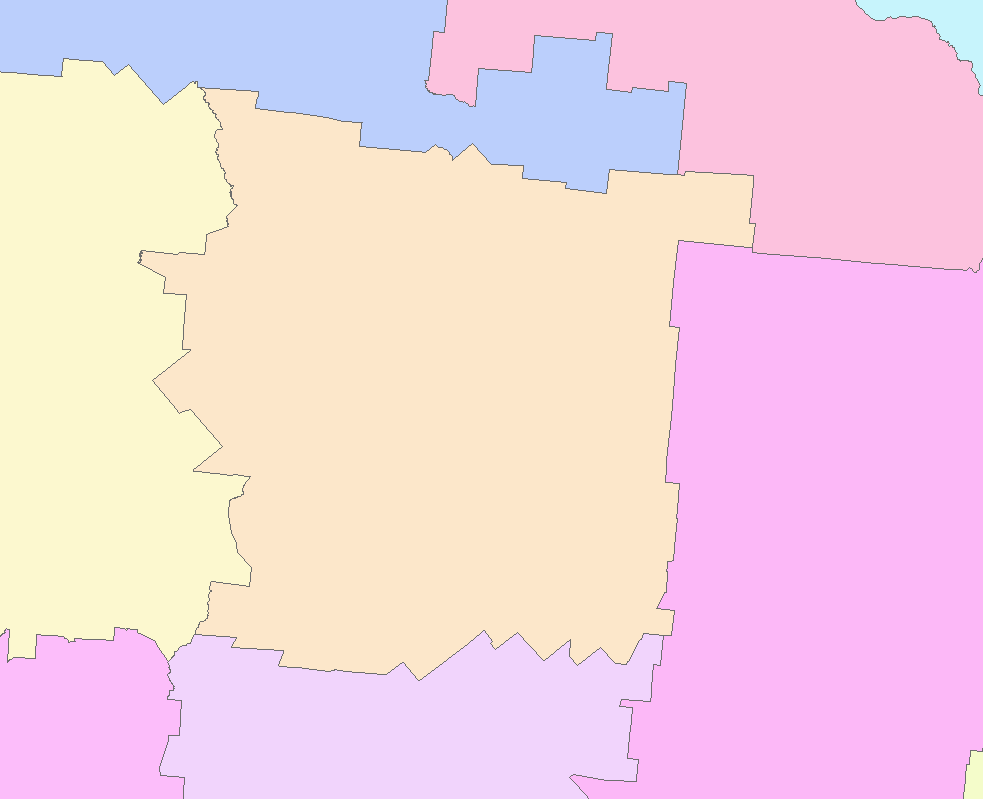 with your polygons, you could use gradient fill symbols with the buffer style. If your color ramps all fade to white, there will be an uncertainty area along the edges. The percentage parameter is used to tune the display with more or less gradient compared with "full color".

In raster, you can stack your image with an additionnal band (based on the euclidian distance), and add it as an alpha channel. 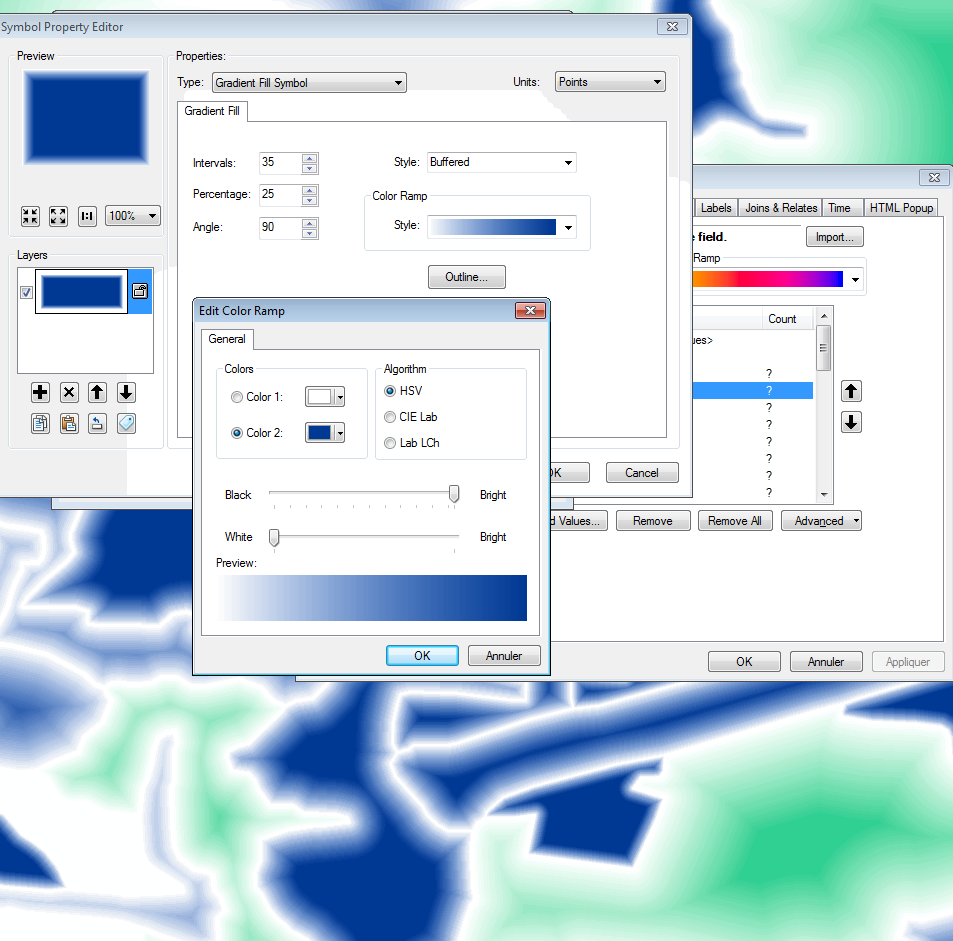 This might be overkill for your purposes, but ESRI has a blog post on feathering edges as well...

Not the answer you're looking for? Browse other questions tagged arcgis-desktop arcmap cartography symbology or ask your own question.

6
How to vary the transparency of symbols within a single layer in ArcMap?
7
Can shaded relief be “blended” with DEM colour ramp in ArcGIS to produce a more visually dramatic result?
4
ArcGIS Line Fades, Possible?
1
How do I apply a gradient to the edges of a buffer?
0
ArcGIS/Adobe Illustrator/Adobe Photoshop: Create blend between two shapes
0
Highlight portions of basemap

33
How to hide “internal” polygon boundaries?
2
How can I apply symbology from two layers to one feature class with common features using ArcMap 10?
17
How to use consistent symbology between multiple stretched rasters in ArcMap?
5
How to display two line traffic road map cartographically?
1
On line shapefile, how to compare attribute between consecutives edges
6
How to match symbology between two layers
2
Is there a g.projector overlay with all world's administrative regions?
2
Creating symbols between connecting lines to represent line boundaries