Error in creating a flow map

For the first map, the referee lives in New Jersey. I exported his information from the referee shapefile as an independent shapefile to use as the source point. I then added a new attribute to the team data containing the number of times he visited each venue this season to use as a Z-Value. I then exported the information of only the venues he had visited as a new independent shapefile to use as the destination points so that no venue would have a Z-Value of 0.

When I run the toolbox to create the flowmap, I get the following error: 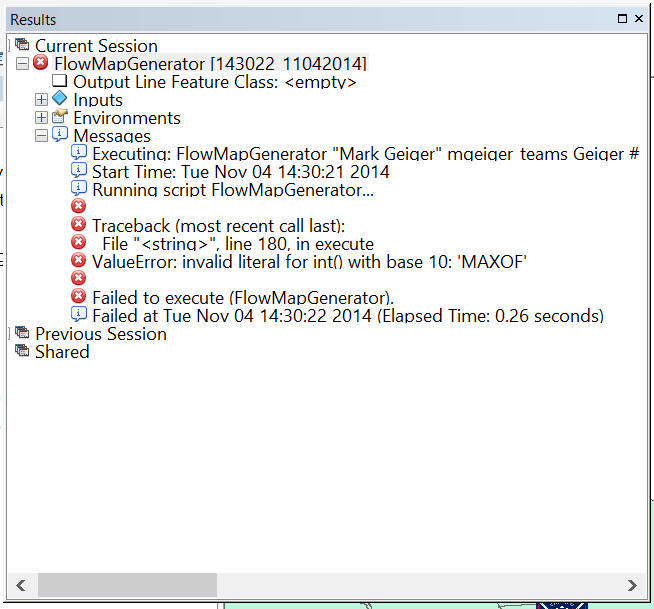 Does anyone have any idea what I might need to fix to get the flowmap to generate?

As commented by @ChrisW:

There are comments on both the tool download page and the blog page you link to that mention this error: "If using this tool you may experience the following error: "ValueError: invalid literal for int() with base 10: 'MAXOF." If so, set the output "cell size" to "as specified below". A good value to use for the sample data linked in this contribution is 50000." The value is given as 200,000 in the other comment. There's a reply that this fix didn't work for someone, but worth a shot.

Not the answer you're looking for? Browse other questions tagged arcgis-desktop flow-map or ask your own question.