In short, the problem is that when Geoereferencer is reopened with a previously edited raster, all the previously saved control points have moved off the image to a location thousands of kilometres away. (QGIS 2.6, Windows 64 bit).

How do I solve the problem?

Image 1: Georeferencer window, and map canvas. After reopening Georeferencer, GCPs do not show in window, but show on canvas (the small red dots).

Image 2: Zooming out in Georeferencer window shows the GCPs are there but far away. 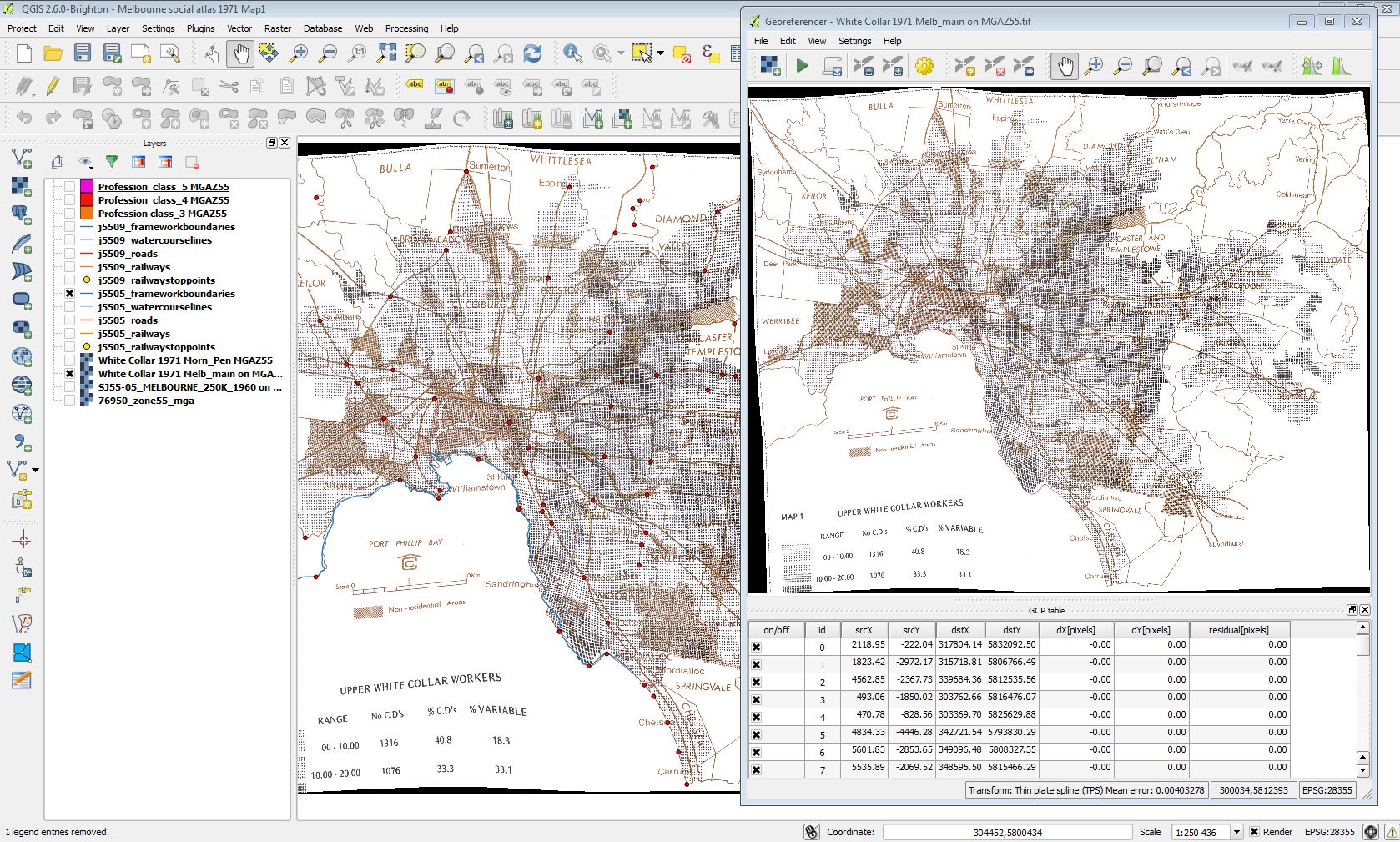 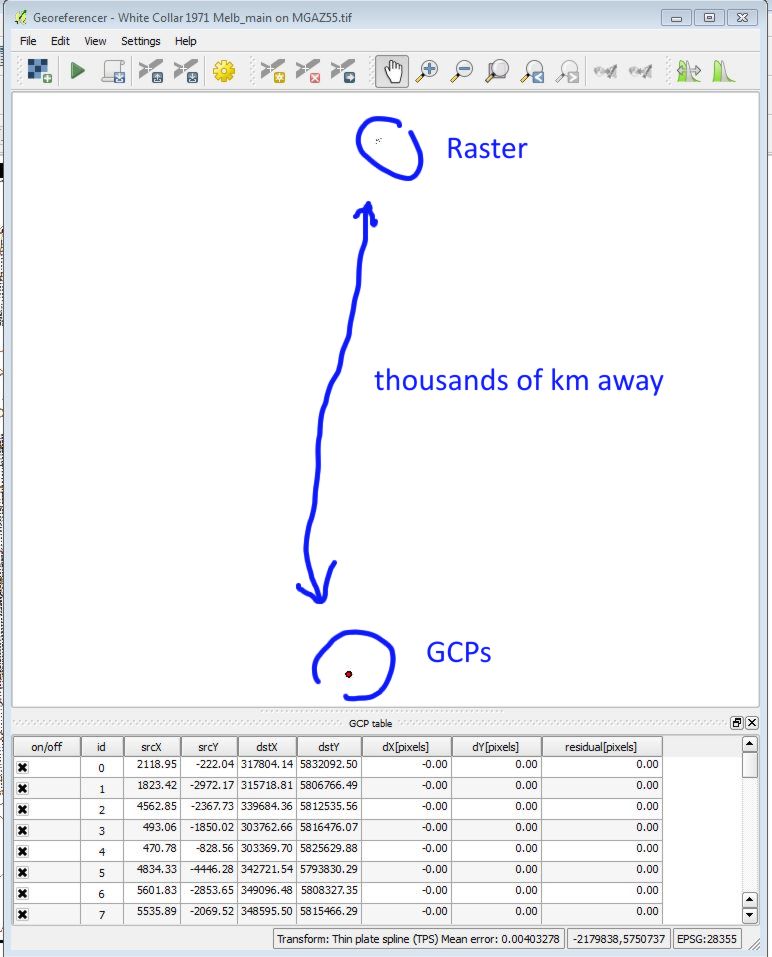 Another irritating thing about the georeferencer is that it takes the srcY coordinates all as negative values, while GDAL (which works in the background) needs them inverted to positive values. These inverted values are added to your image, and will not match to the ones you see on the screen. You could try removing the minus from srcY to see if that makes it better.

You don't mention whether you saved the georeferenced image to another filename. That would keep the original file clean. Otherwise you would have to make a copy of the original before georeferencing.

The problem only occurs if you re-open the modified image that Georeferencer saved as a geotiff, rather than opening the original (unmodified, not georeferenced) image file used initially.

There are two approaches to solve the problem. In essence, you can choose when starting a new session of Georeferencer to either work on 1) the original image (e.g. rastermap.jpg) or 2) the geotiff that Georeferencer created during your initial session (e.g. rastermap_modified.tif).

1) If you re-open the original unmodified image, all the GCPs will reappear on the image, and there is no problem. You may have to manually reopen the GCPs. This is the method that Georeferencer was intended for.

2) If you open the geotiff that Georeferencer created, all the GCPs will be projected away off image. There is a solution (see below), but it requires effort. Georeferencer was not designed to be used in this way.

However, there may be times when it is preferable to work with the geotiff. In this case, it is possible to make Georeferencer work properly with the following workaround.

The following steps for approach 2) are only added for sake of completeness. It is preferable to use approach 1) as explained above.

1) Roughly georeference the image with a minimal number of GCPs (four points is enough).

2) Save this newly georeferenced image with a new filename.

5) Reopen Georeferencer, and open the geotiff that Georeferencer had saved. We find that the image has been resized to match the CRS (the projection) of the main map canvas. The initial ‘pixel coordinate’ GCPs are now located off-image.

7) Position a new set of GCPs on the image. These will now match the CRS of the main map canvas.

9) Re-run Georeferencer using a new filename for the geotiff.

You can now open and close Georeferencer using only the georeferenced geotiff, and still edit and re-edit the GCPs at will. However, you will not be able to reopen the original image file and resume working on it with the new points.