Thiessen polygons extend outside of extent of projection

I'm working on a geological project on the past position of continents (in ArcMap 10 Service Pack 5, build 4400). The tool I'm creating in Model Builder uses Create Thiessen Polygons and all input data are in Winkel-Tripel projection. The Create Thiessen Polygons tool however creates polygons that fall outside of the extent of the projection (see image), also when I specify the desired extent in the parameters of the CTP tool.

The result is that the Thiessen polygons (i.e. the shapefile) cannot be used by any other tools later on, because

Any suggestions on how to deal with this? 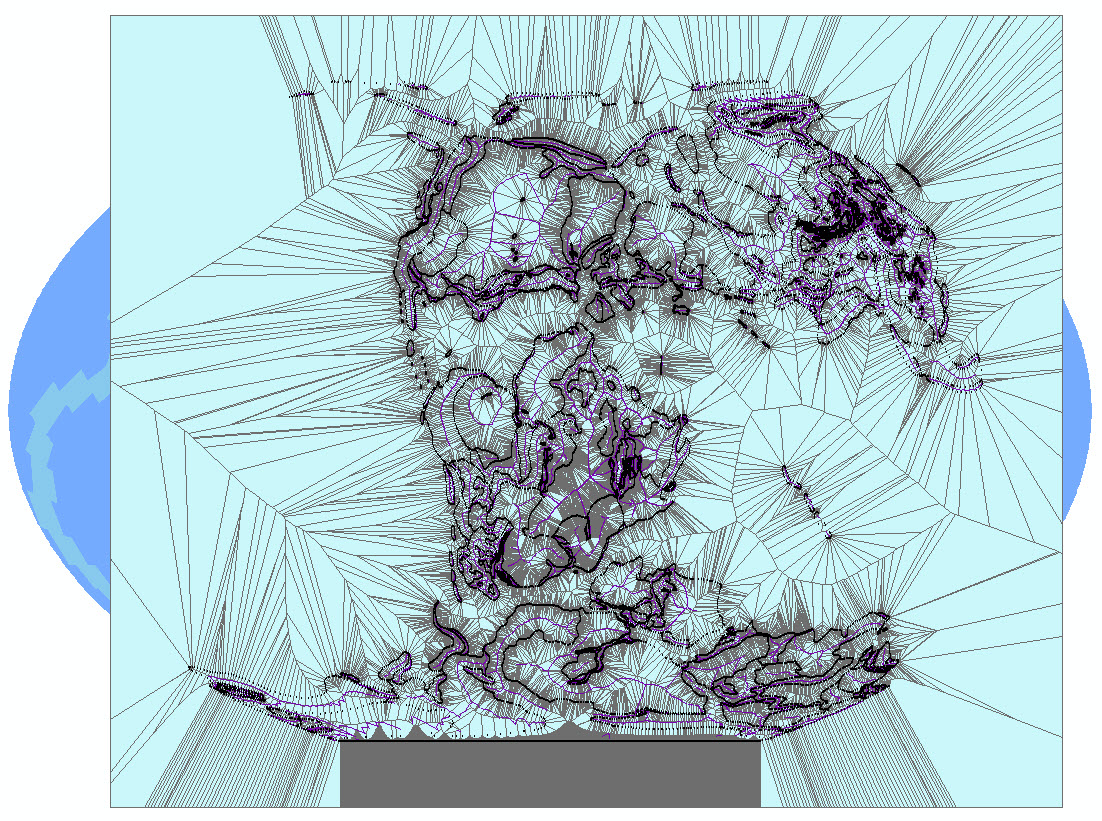 Sadly, Winkel-Tripel and other types of curved projections (like Robinson) are not optimal for doing GIS, especially at the scale you're working with, precisely due to this factor. Not only Thiessen polygons, but other types of geoprocessing that deal with area interpolation are bound to give off errors.

I see two options for you here:

An Esri technical page on Error: One or more of the added layers has an extent not consistent with spatial reference says that the cause of this is:

When you add data to ArcMap, the software checks if the geographic coordinate system of the data falls within the range of -180 to 180 (longitude) and -90 to 90 (latitude). Any data that exceeds these values is considered to be erroneous.

This seems to be the case for your Thiessen polygons so it seems like you are dealing with a software limitation, and that your best way forward may be to submit a technical support incident to ask whether the developers of that software are aware of any workaround, or would consider relaxing the limitation.

Alternatively, you could first test using a later version, because 10.0 is now a retired version.

PolyGeo♦PolyGeo
63.7k2727 gold badges9898 silver badges311311 bronze badges
Add a comment  |
-1
Want to improve this post? Provide detailed answers to this question, including citations and an explanation of why your answer is correct. Answers without enough detail may be edited or deleted.

Not the answer you're looking for? Browse other questions tagged arcgis-desktop arcgis-10.0 coordinate-system clip voronoi-thiessen or ask your own question.