How to install QGIS 1.8 plugin QGIS2KML?

I went to Plugins → Fetch Python Plugins in the Repositories tab and pasted the url.

It claimed that it was successfully downloaded, however, QGIS2KML was not installed in my ~/qgis/python/plugins folder. 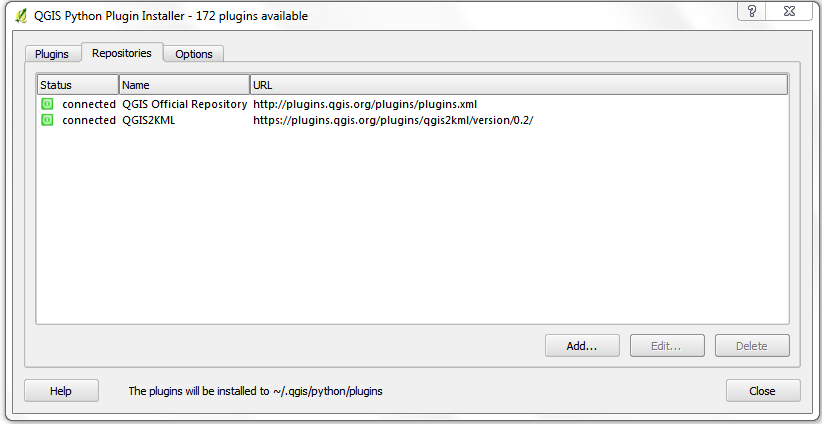 As a result from my failed attempt, I manually downloaded QGIS2KML and extracted it to my ~/qgis/python/plugins folder. Now QGIS2KML is shown as installed: 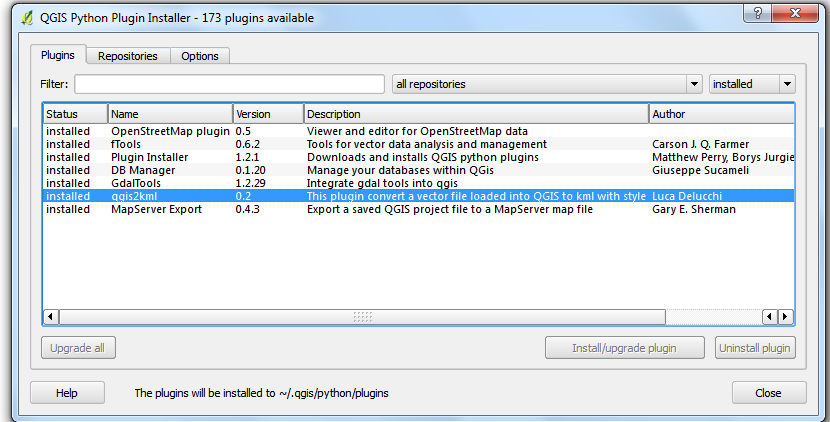 But I am still unable to see QGIS2KML icon.

its kind of weird the situation that you have over there, if there is no icon (shortcut) the qgis2kml plugin should located on Plugins Dropdown MENU 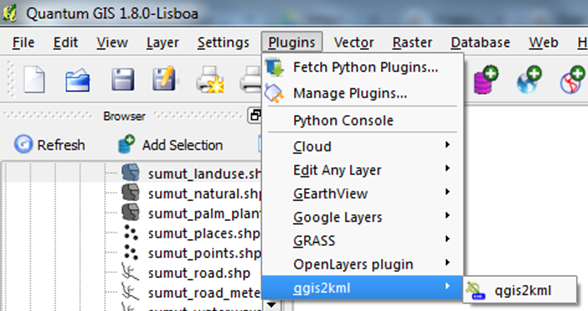 Not the answer you're looking for? Browse other questions tagged qgis qgis-plugins or ask your own question.