How can I convert the following coordinates to something I can put in Google Earth?

I've tried converting the following lat/long data into Google Earth but the intersection doesn't show up on my map when I try entering them. 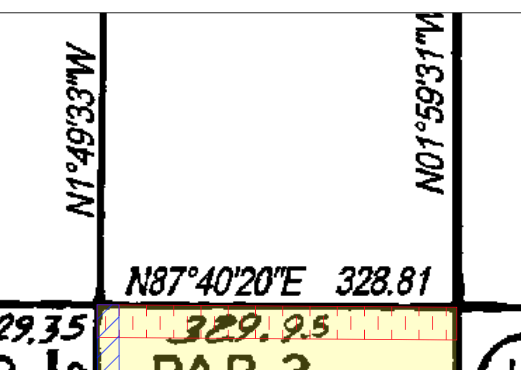 This is the only other map I have of the area. The zoom in is located using the orange square in the image below. Not finding a control point, could be off the map as it seems this is piecemeal and a custom map from the original. 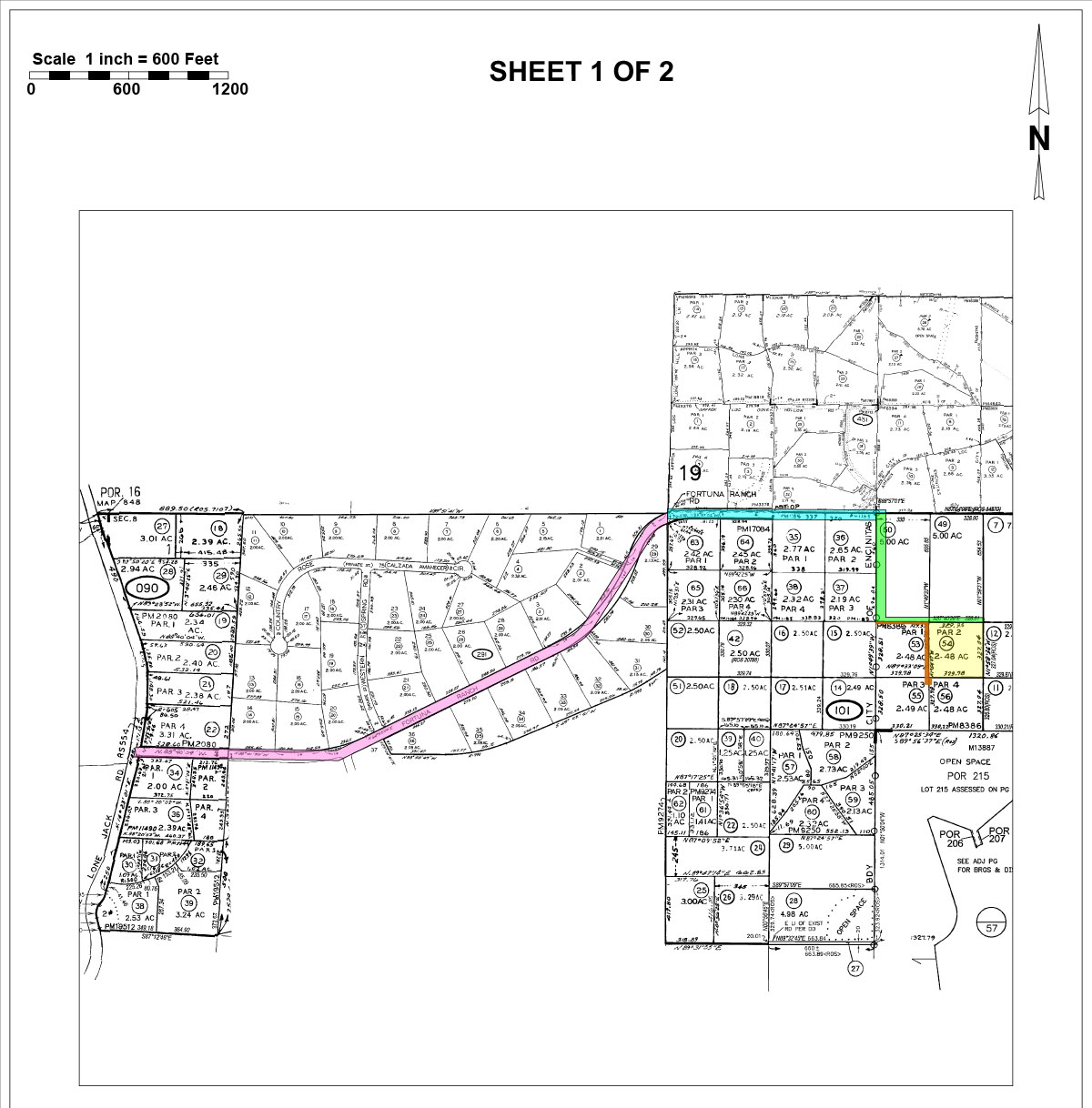 I don't believe you can calculate a position from these values. These look to be bearings and distances - a direction around a circle from a known location.

The known location could be anywhere in the world, and the boundary lines are drawn in the direction and distance listed from that known location. These are used to create lot boundaries.

Basically it's something like this (probably over-simplified). The N represents the compass bearing the values are based on. I believe these are usually either North or South (but have seen some with East and West). In this case, as it's N for North, the angles are to the E East or W West of that North bearing. The 328.81 is the distance from your known location, in the direction of your bearing.

The point of intersection needs to be known. Usually a lot plan will have an origin point to base the rest of the lines from, and then subsequent lines are started from the end of the previous line. If you don't know where that origin point is, then you may be out of luck. 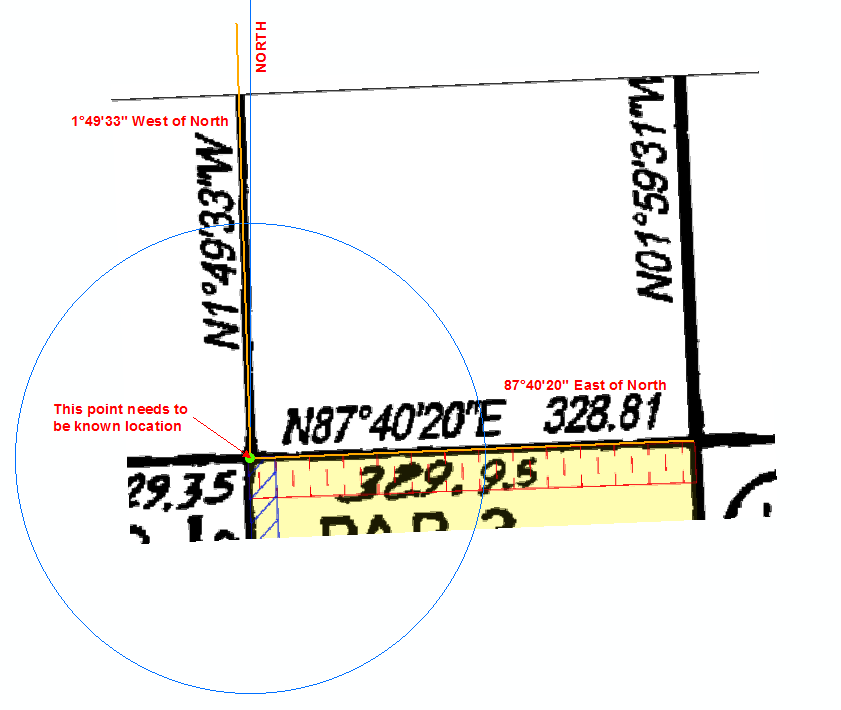 It's been a very long time since I've input boundaries from plans like this, and I only ever did it while learning, so I may be wrong with some of it, but I think I got the basics right here.

I take it that looks like standard latitude and longitude, in degrees - minutes - seconds (N87 degrees, 40 minutes and 20 seconds). Apparently this can be converted to decimal using the following:

Though I'm unsure if this is correct in your particular case (and also because I haven't done that in a while).

Not the answer you're looking for? Browse other questions tagged coordinates latitude-longitude or ask your own question.

16
How can I render latitude-longitude coordinates on a map with D3?
4
How to adjust the difference between the coordinate from OpenStreetMap and Google Maps
0
Ground truthing with Google Earth
1
Latitude Longtitude to X, Y, Z coordinate system using python
0
OpenLayers Lat Lon overlay animation doesn't work
2
Mysterious Lat Long conversion to XY problem using QGIS
2
List of lat-long, need values in a raster