I can split up the polygons using the the Intersection tool, but this leaves me with the two original (and still overlapping) polygons, plus two new polygons corresponding to the overlap of each of the originals.

It feels like this should be a common enough task that there would be a built-in tool for it, but if so I can't find it.

Try using 'Polygon self-intersection' in the processing toolbox > SAGA-tools > Vector polygon tools. This function is implemented at least since QGis 2.14.15. Before: 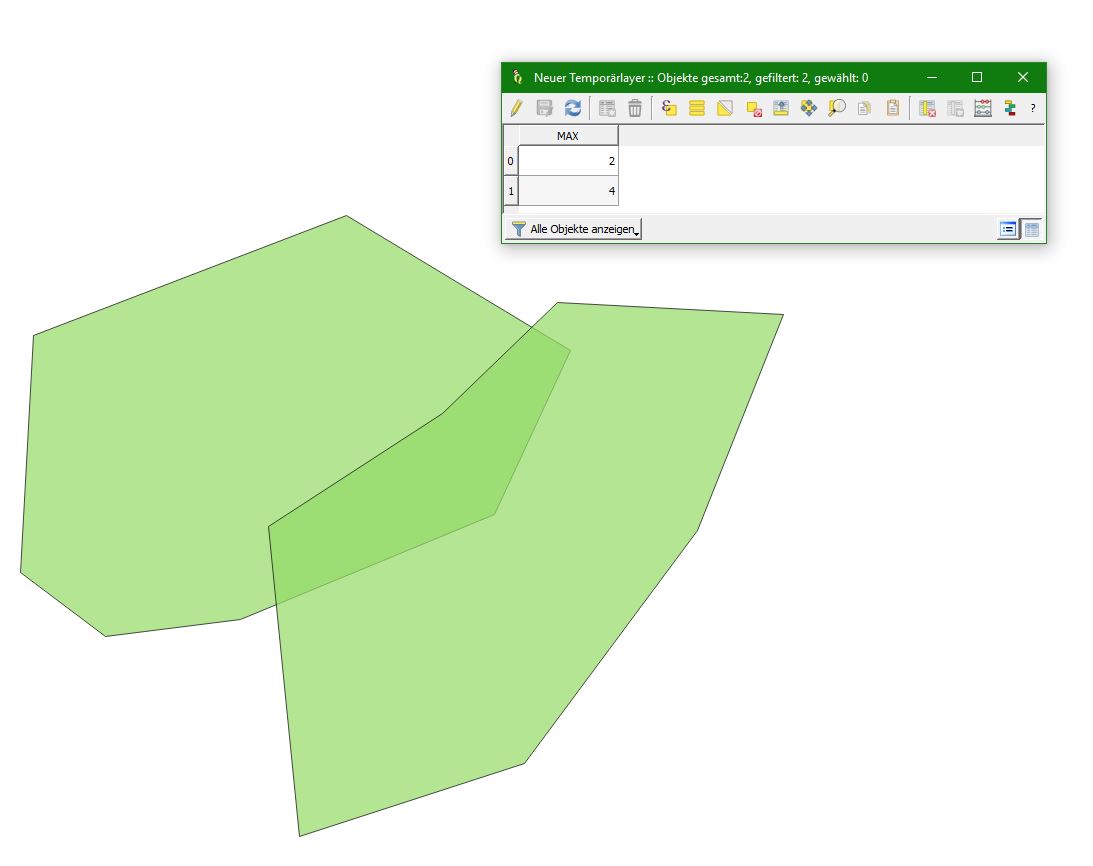 It will do exactly what you want. All overlapping areas will be removed and replaced by a new geometry. The formerly overlapping parts will recieve concatenated field values. After: 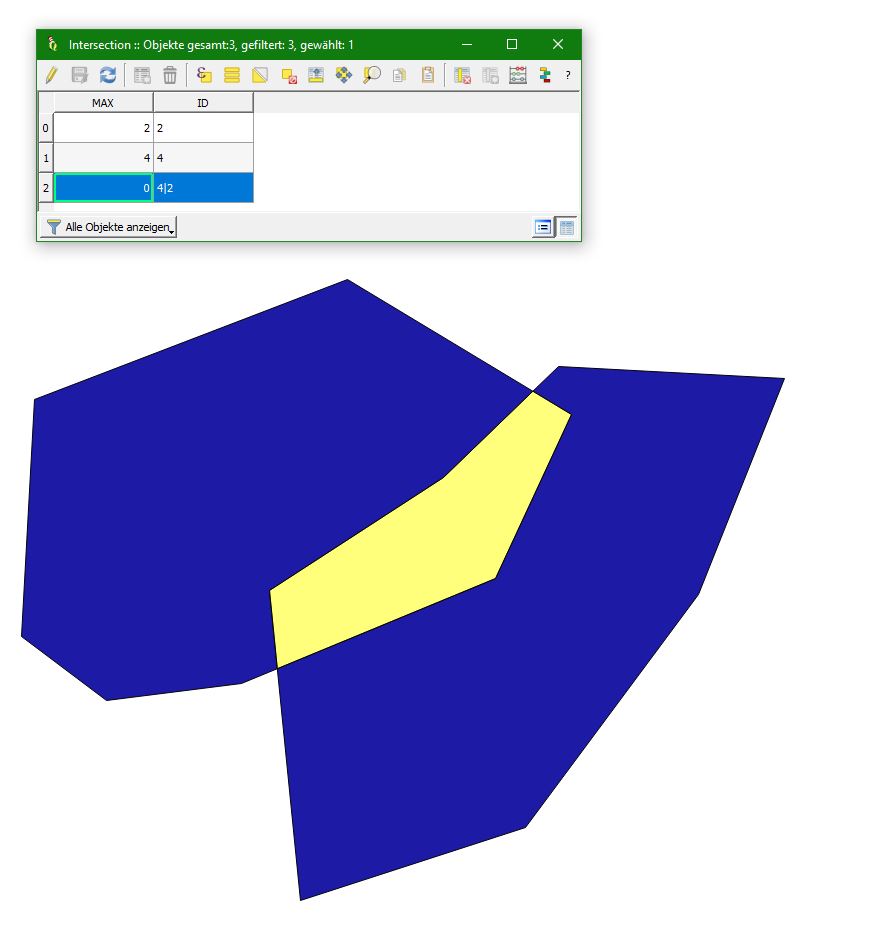 There might be easier solution but here is what I would do: you can get the intersection polygon with intersection polygon then use erase tool to clip out intersection from the 2 other polygons separately. Then you will have 3 polygons. You can union them together if you want them in the same layer. I just noticed this post for qgis. If qgis has similar tools it might work. Good Luck!