Colorize radar imagery so it looks like optical imagery

Here is an imagery from a radar satellite 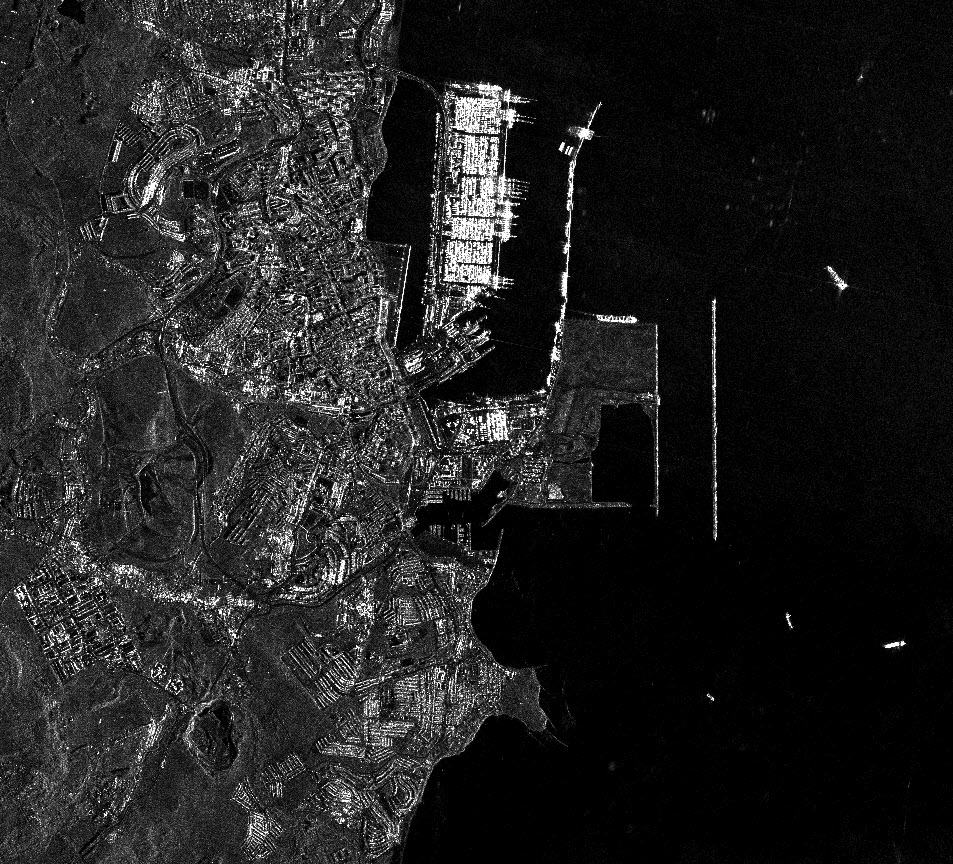 Is it possible to colorize a radar image, so it looks like and enables the same kinds of analysis as for an image captured from an optical satellite (simple RGB imagery)?

Since radars can capture imagery even through clouds and with no visible light on the Earth, it seems I have access to a much larger archive of imagery if I can just give the "same properties" to radar imagery.

You can't give a Radar image the same properties as an optical image. The wavelength used for producing the different images doesn't give you the same information at all.

You "see" a similar image because the electrical signal received by the captor is converted to a digital numerical value and then to a grey value in a n bit depth so it can be displayed on a computer screen. But you actually see the same scene (compared to an optical image) with a completely different perspective. Those two electromagnetic waves operates in a range of wavelength that are physically very different and thus have a completely different behavior with it's environment.

But if you don't care about the information in the image and you just want to "colorize" the image only for a visual effect, maybe you could pansharpen it with an optical image. But then you could simply use the optical image directly if the spatial resolution is adequate for your needs.

Not the answer you're looking for? Browse other questions tagged imagery image digital-image-processing radar synthetic-aperture-radar or ask your own question.

5
Why does the peak of a mountain appear bright on Radar images?
2
Why are there holes in these radar blobs?
5
What do horizontal (H) and vertical (V) polarization mean for satellite radar?
1
Understand radar scan data