I am trying to view a tif satellite image which has 4 bands. I want to remove the last band (NIR) and view the RGB image only, so I am trying to split the NIR from the rest of the image. Here is my code 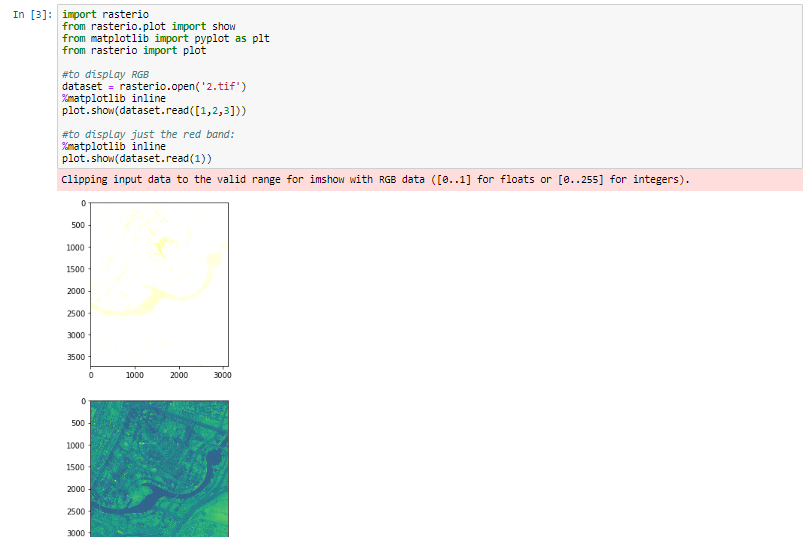 Displaying just 1 band seems fine, but any idea why I keep seeing an image with a yellow and white color scheme when I try to display RGB bands together? I thought it's a cmap issue at the beginning, but even when I add 'cmap="gray"' the color of the image remains the same.

Reading and plotting works just fine, but the problem is in the warning you get from matplotlib:

In your case all values were clipped to either 255 or to 1.0 and that is why you see a white image. Also note that this happens only when you try to plot a RGB image. When plotting an image with a single channel matplotlib won't do any clipping.

Solution - check dtype of your image values and decrease / change them accordingly. Example:

This transforms image values to integer values from [0, 255]. (Instead by multiplying images by 255 / np.max(image) you might want to try some other constant to get nicer image. I used this one because I don't know anything about values of your image.)

Not the answer you're looking for? Browse other questions tagged python image digital-image-processing rasterio multi-band or ask your own question.