I have a workspace defined, and when I call the output of (Final) Output Feature Class using inline variable substitution, it tries to use the entire string as the input name - workspace path and all.

Is there a way to call just the last bit of the string for the table name so I am not using the whole path?

Also - I cannot bring it into Python. I am making ArcGIS specific data models for other users. 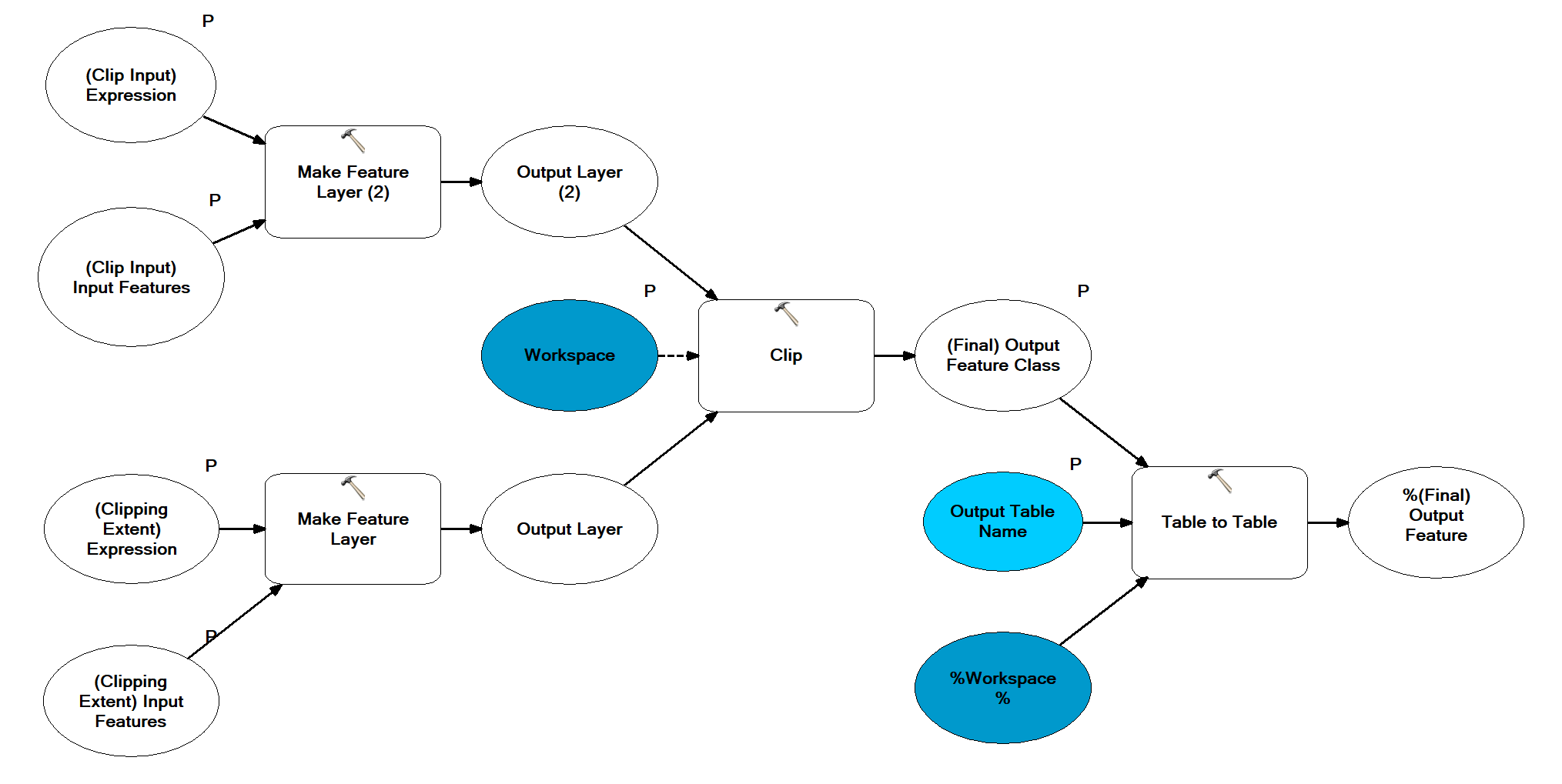 arcgis-desktop modelbuilder
Share
Improve this question
edited May 9 '19 at 10:47

The Parse Path tool parses the input into its file, path, name, or extension. The output can be used as in-line variables in the output name of other tools.

Another solution I found was to create a String variable (let's call it String) using Create Variable within Model Builder's tools. I added this as a precondition to the Clip Tool and as a model parameter to define when I fill out the parameters in the tool.

Then the output feature class of the Clip Tool is set to %Workspace%\%String%, because this parameter is not a model parameter. The Workspace variable, however, is, and becomes defined when the tools parameters are filled out.

This way only sounds slightly more complicated and requires a little more work than the Parse Path tool, but in practice it isn't so bad. Both seem to run about the same.