Counting polygons in one layer that are overlapping/touching/contained in each polygon in separate layer of contiguous polygons using QGIS? 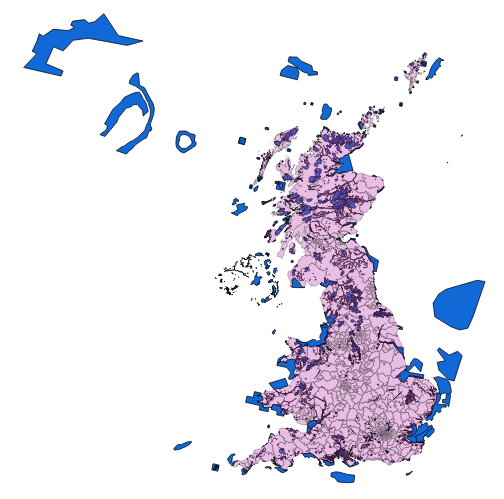 Each constituency consists of a single polygon. Each Natura 2000 area can consist of one or more polygons.

For each constituency I need a combined total for the number of Natura 2000 areas that are:

I've added both as vector layers in QGIS and tried using Spatial Query and Topology Checker plugins and Geoprocessing tools (Clip, Intersect). But I don't really know what I'm doing. Although I was able to select constituencies where there is an intersect I couldn't see the number of intersects per constituency and this didn't solve my need to include touching and contained polygons in the totals. 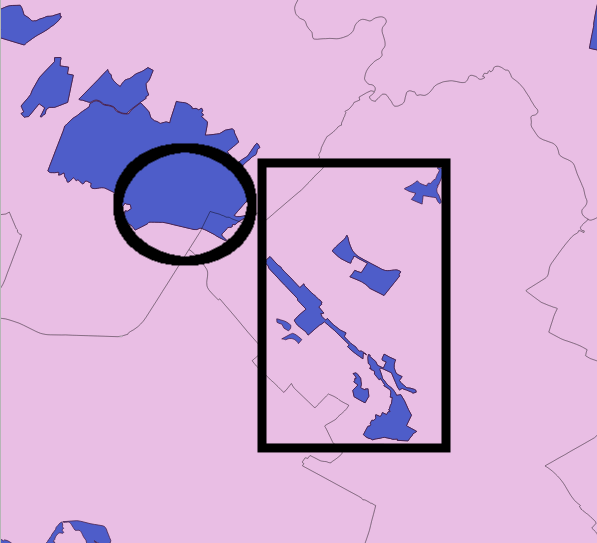 (For background, I'm campaigning to protect Natura 2000 areas and my aim is to develop a target list of UK Members of Parliament prioritised by those who have the highest number of these areas in their constituency.

EDIT: there is actually a simpler answer. Compute the intersection between your two layers (Vector > Geoprocessing tools > Intersect), then use the Group Stats plugin to compute statistics on the constituencies. You can even compute the total area of Natura 2000 sites per constituency.

Minor issue: it will only take into account Natura 2000 sites that intersect (overlap + contained) the constituencies.

As stated in my last comment I wrote a small Python script to do the job. It is probably the most simple way to answer your question.

The simplest way to execute the script is to install the Script Runner plugin in QGIS. Then, copy the following text in a file that you will call e.g. script.py:

Change the paths to your shapefiles, and replace the "id" in constit.attribute("id") (last line) by the name of the field of the constituency layer you want to see appear.

The first column represents the constituency. The second, third and fourth columns are respectively the number of N2000 areas completely contained, adjacent or simply overlapping (not intersecting!) the constituency. As you can guess, the last column is the sum of the previous three.

This script may need some adjustments depending on the precise nature of your data. Don't hesitate to post a comment if anything goes wrong (bad results, script not running, etc). 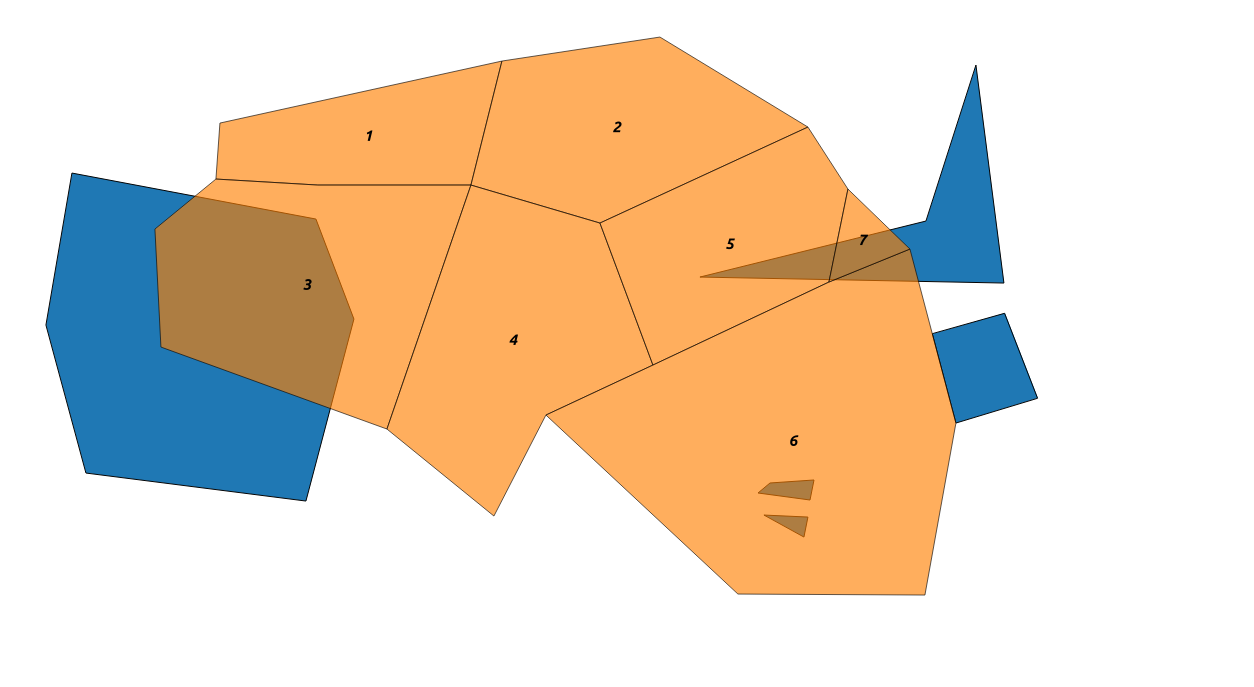 Not the answer you're looking for? Browse other questions tagged qgis shapefile polygon analysis overlapping-features or ask your own question.

2
Find and list all polygons that overlap with another polygon

18
Counting and rasterizing polygon overlaps in ArcGIS Desktop?
3
How many A features that fall both in the B polygons and C polygons are for each C polygon?
0
Attributing data from multiple polygons to larger polygon by proportion contained using ArcGIS Desktop?
3
QGIS Union Error: multiple overlapping polygons created where only one should exist?
1
Dissolving all overlapping, intersecting, touching polygons on single layer using QGIS?
3
Removing Intersection of Buffers in Same Layers
3
Testing within MULTIPOLYGON when borders touch in R
2
Counting polygons overlapping point shapefile using QGIS