I have created a series of buffer regions around line segments in QGIS (in my case a road network): 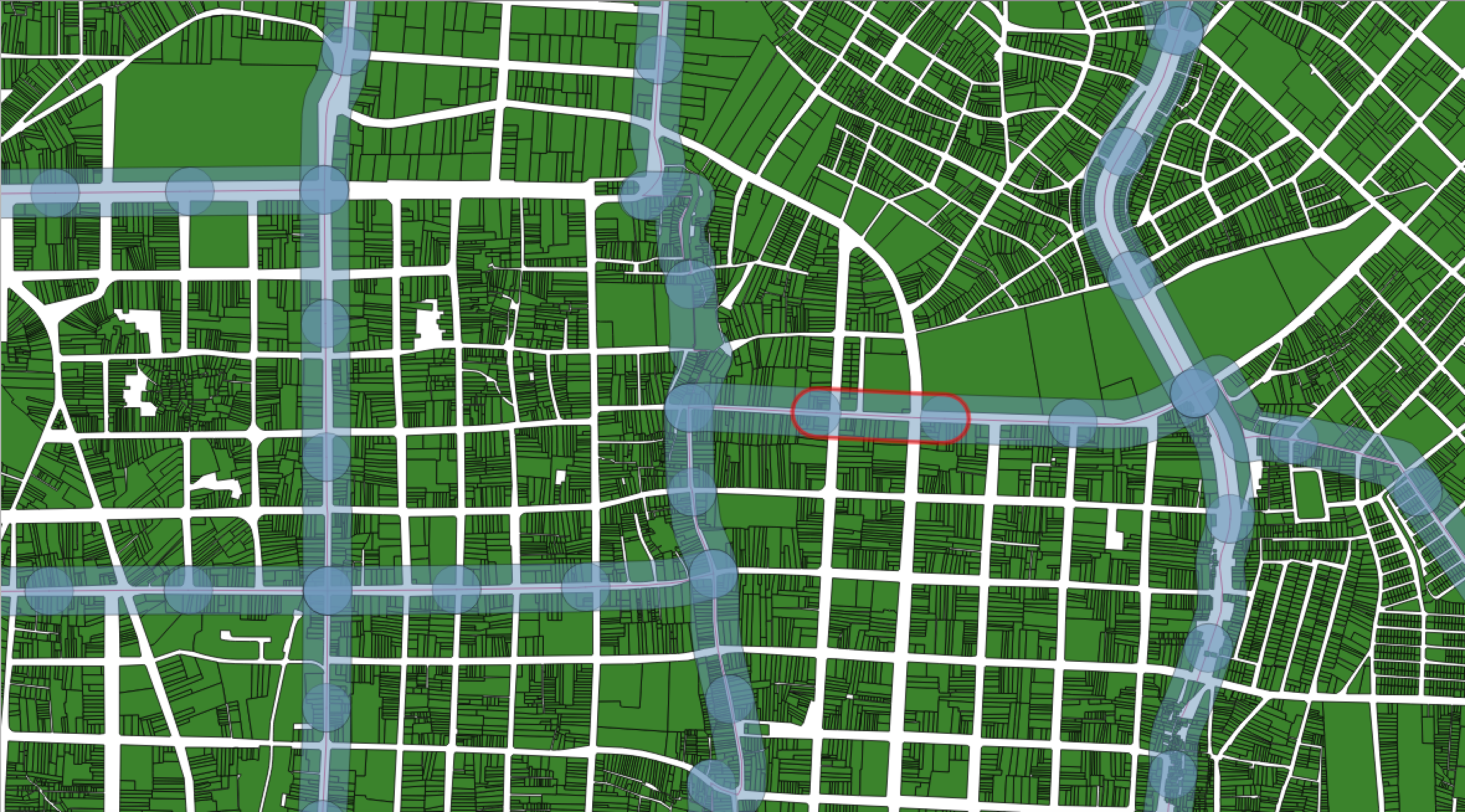 The buffers are in transparent blue with the darker circles being where the buffer segments overlap. Additionally, the red outline shows the shape of a single buffer polygon.

I'm trying to remove the areas in my map where these buffers intersect. Specifically, I would like a layer composed of all of the non-overlapped polygons, and to keep their attributes (in my picture above it would be all of the lighter-blue polygons). Most of the geoprocessing tools need two separate layers. Also, while the Topology Checker can identify the overlapping areas in the same layer, it cannot select them.

Is there a straightforward in QGIS or GRASS that can remove the overlapping areas of buffer polygons in the same layer?

Following Kazuhito's response, I ran the Union command in QGIS 3.2, but it did not produce the desired output:

From from Union changelog, it should be that union "splits off" this overlapped area from the original buffer polygon. Thus the highlighted intersection should only have 2 polygons (the overlaps for each layer), but instead it has 4 because it retains the original polygon as well. Does anyone know why the Union command would not produce a split up polygon as illustrated in the changelog?

For the sole purpose of visualization, consider the use of Symbol levels and a two layered road symbol having the width of your buffer. Use your buffers (possibly with the Union / Delete duplicates procedure applied, as pointed out by @Kazuhito) for spatial analysis separately.

Assuming you want a buffer of 25 meter (in both directions, i.e. 50 meter in total):

Why does this do what it does?

The Symbol levels will define the rendering order of each Symbol layer. In this setup, the darker blue line is drawn first, for the whole set of features instead of for each feature individually; in the next draw pass, the lighter blue line is drawn, effectively on top of the first, again for the whole feature set. The road lines will have the visual effect of being joined smoothly.

For information how this new Union algorithm works, visit Changelog for QGIS 3.2.