[EDIT] Pasting the instructions here for reference so people can avoid twitter. 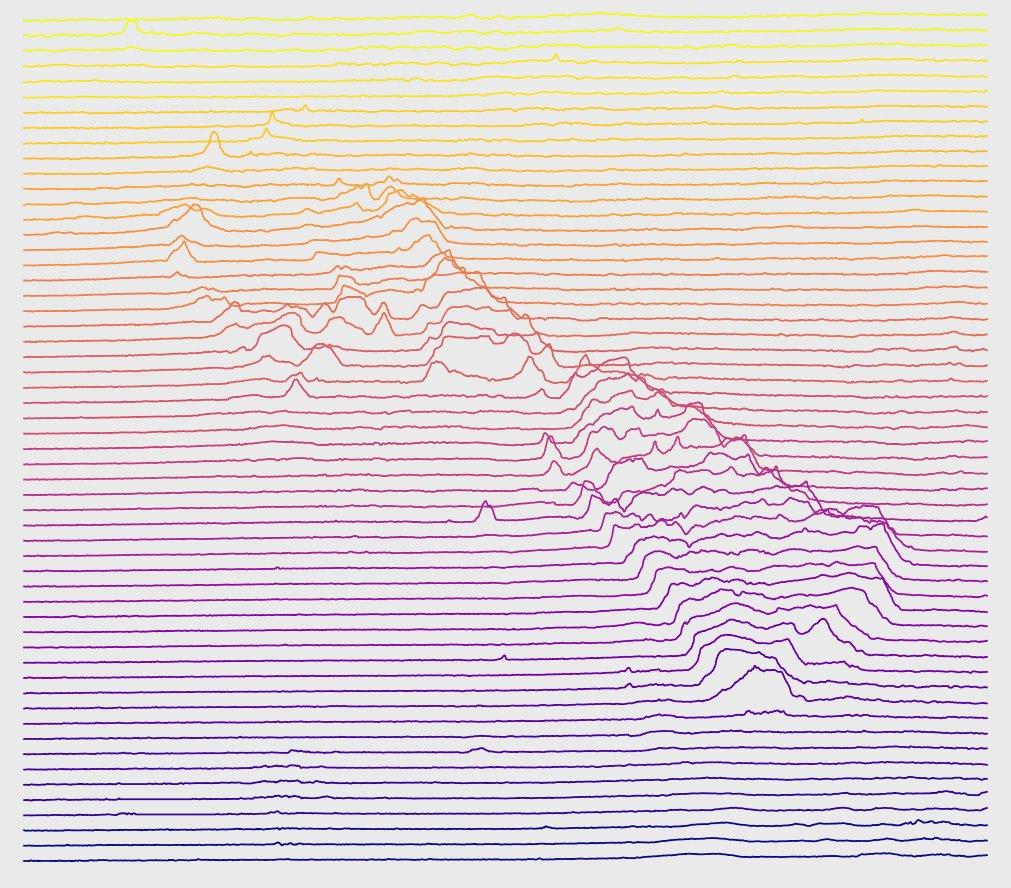 The end goal of this is to end up with a map corresponding to the DEM that looks sort of like the classic joy division cover (see image above from twitter). The spot where I'm getting stuck is step 6.

However, when I translate the grid by raster_value('my_dem',1,$geometry), the algorithm runs, but the new layer is identical. The dem layer is an SRTM GeoTIFF. What am I doing wrong?

From the help of the raster_value() function in the expression string builder:

Returns the raster value found at the provided point.
Syntax
raster_value(layer,band,point)
Arguments
layer: the name or id of a raster layer
band: the band number to sample the value from.
point: point geometry (for multipart geometries having more than one part, a null value will be returned).

There are one way for the function to return zero and (at least) one way to return null:

For instance, if a point point has coordinates (35, 68) in its CRS, but the extent of the raster layer is around coordinates (1385960, 85574326) in its own CRS, and it is totally possible that both coordinate pairs represent the same position in the Earth, each one in its CRS (and also QGIS can render on-the-fly both layers one over the other), then the function try to extract the pixel value of the raster in (35, 68), finds nothing and returns null.

Therefore, check the properties of each layer and observe its CRS, if they are different, reproject the points layer to the same CRS of the raster layer (or create a new grid of points in that CRS), and perform the translate in the new layer.

Not the answer you're looking for? Browse other questions tagged qgis raster dem vector or ask your own question.

0
QGIS 2.2: GDAL Grid (Interpolation) Error
4
QGIS Modeler: Where is output from algorithm 'Set style for vector layer'?
3
QGIS batch processing does not allow the output from an algorithm as the input to a subsequent algorithm
2
DEM and vector data won't match using QGIS
0
Trying to add a property from an attribute table to a raster data in QGIS possible
1
QGIS, clip my vector data with a DEM raster
2
Error when running QGIS graphical modeler: output of several vector layers