Projection not changing in ArcMap after Project tool used? 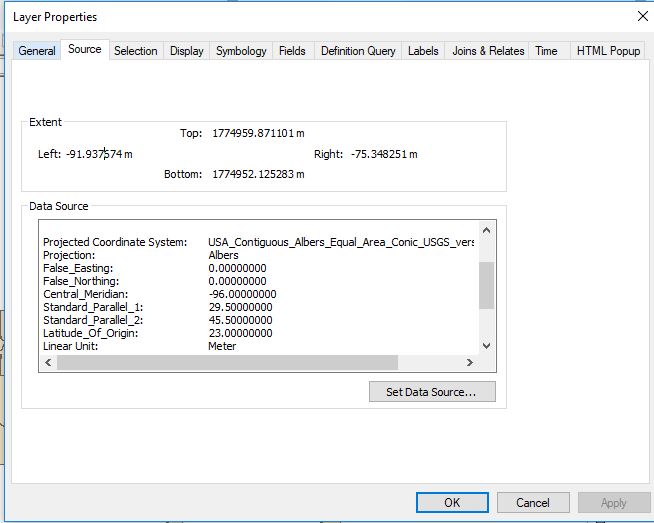 I think the way to sort it out is:

Your question does not mention which, if any, Geographic Coordinate System your shapefile coordinates may be from.

For all questions like this one I think it is important to show a screenshot from the Source tab of the Layer Properties like the one below. From it you can see the 6-7 digit numbers for the extent which is the range expected for a Projected Coordinate System. Then by scrolling down in the Data Source section you can see that it has a Projected Coordinate System of GDA_1994_MGA_Zone_56 defined on it. 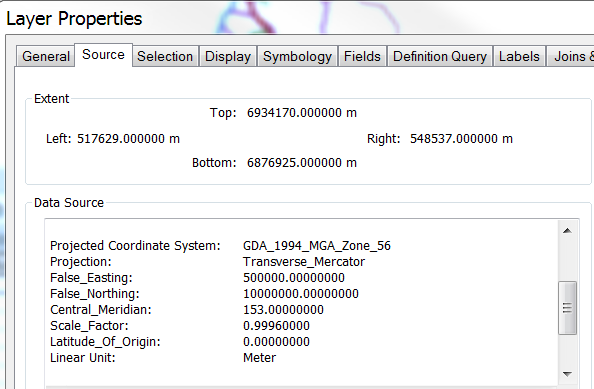 Not the answer you're looking for? Browse other questions tagged arcgis-desktop coordinate-system or ask your own question.

4
No difference between distances measured in projected and non-projected data
3
Ok to measure and union a projected-on-the-fly shapefile in ArcMap?
1
Are shapefile coordinates unaffected when layer exported from Data Frame with different CRS?
3
Why did my data points shift position?
0
Projection conversion with Python/Pyproj: Canada Albers Equal Area to WGS
1
Project raster with geographic transformation works stand alone but not in model with iteration