My problem is similar to Intersecting overlapping polygons individually in ArcGIS Desktop, but the solution proposed there will not work in my case (I'm not trying to calculate zonal statistics.

I've thought of two potential solutions but they each have their drawbacks. First was to simply dissolve the output of the intersect based on the FID field of the FC with overlapping polys. However, this create problems with preserving the format of the attribute table which I need for future calculations

My other idea was to export each individual feature to a temporary FC, then do the intersect and add the intersected features to a new output FC. I think, however, that this would be very slow (i'm doing this over 10,000s of features w/ arcpy).

Is there another way to do this?

(EDIT) Example: The polygons outlined in red are from the feature class w/overlaps. 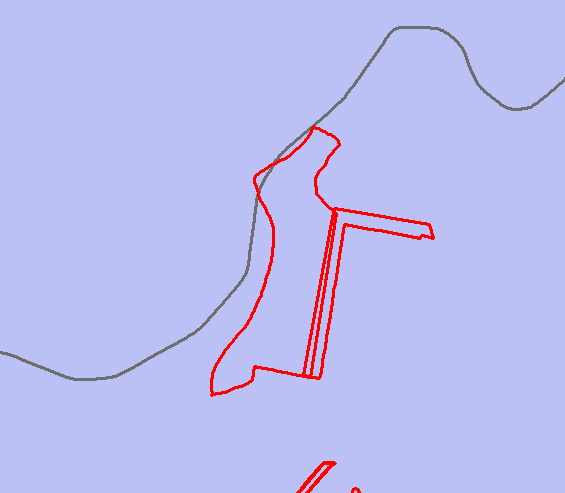 When I do an intersect w/ the purple polygons, the result has a 'sliver' where the two red polys overlapped (highlighted below). This is what I DO NOT want. 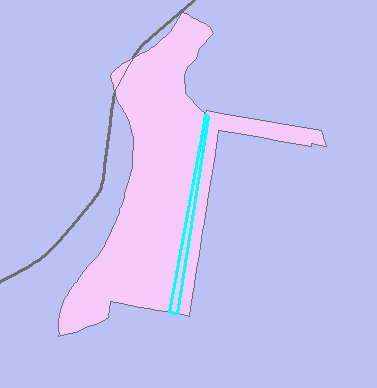 In this example, the only intersection I really care about is the one highlighted below: 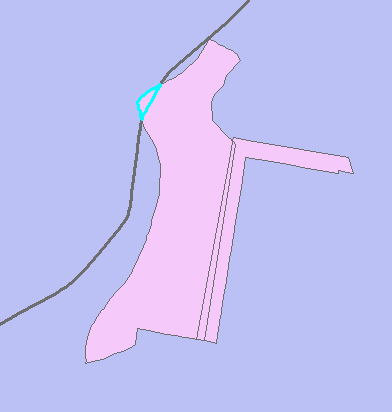 To get that polygon I would first Union the purple and pink feature classes together.

Then I would use the Select tool to create a new feature class for any polygon with a pink ID >= 0 and a purple ID equal to that polygon at top left.

To deal with a more complex situation I think we would need to know more about your rules for which particular intersecting polygons need to be isolated.

when you intersect the newly created polygon receives information from both polygons. You can omit the results or the intersections you don't need by doing a simple selection in the attribute table. In the example below the polygon highlighted is the one you are looking to single out. notice how in the attribute table its the only feature from the intersection that received the FID of 2, which comes from the underlying polygon. All the other polygons in the intersect file received the FID of 1. 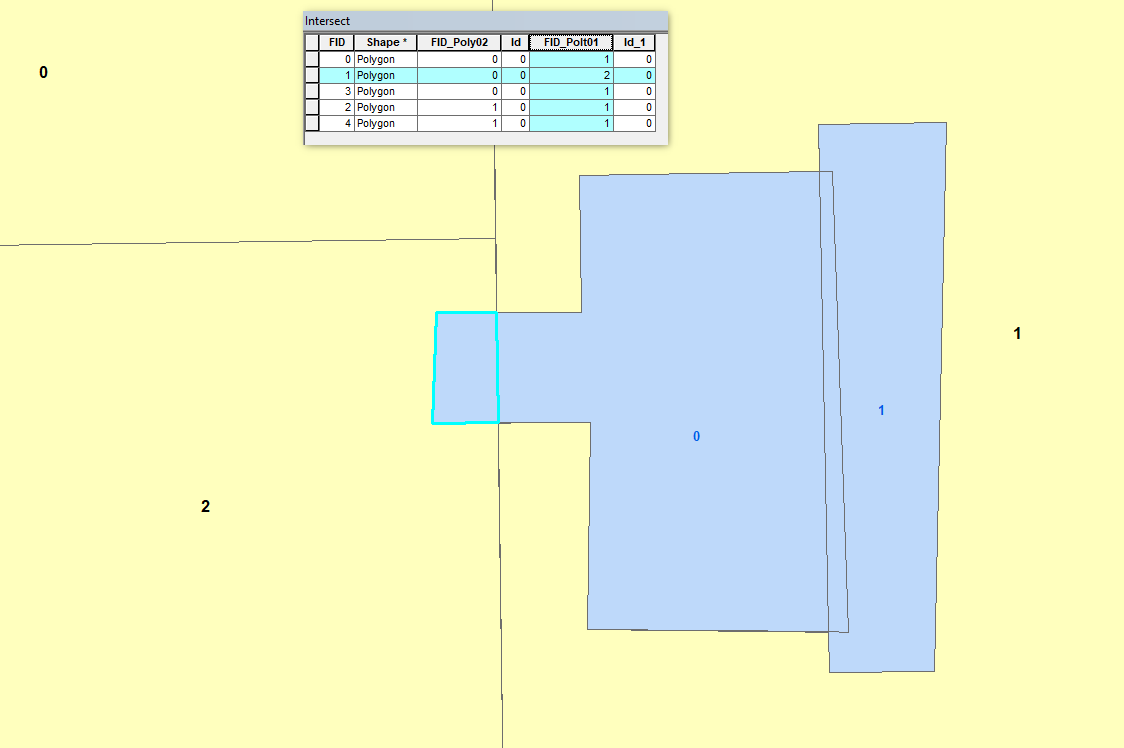 Not the answer you're looking for? Browse other questions tagged arcgis-desktop overlapping-features intersect or ask your own question.

3
ArcGIS find all polygons that intersect with more that one polygon from another layer
0
Intersect tool of ArcGis gives multiple intersecting points
2
Combining overlapping polygons and their attributes using ArcGIS Desktop?
3
Export ArcGIS Feature Class to CAD produces overlapping polygons
1
Create raster out of overlapping buffers within the same shapefile in QGIS 3.0
2
Overlap area of features from same feature class
3
Removing partly overlapping lines within the same feature
0
How to prevent self-intersection when using Intersect tool in ArcGIS?