To obtain a Canopy Height Model (CHM), subtract the DEM from a DSM using the Subtract Model tool: 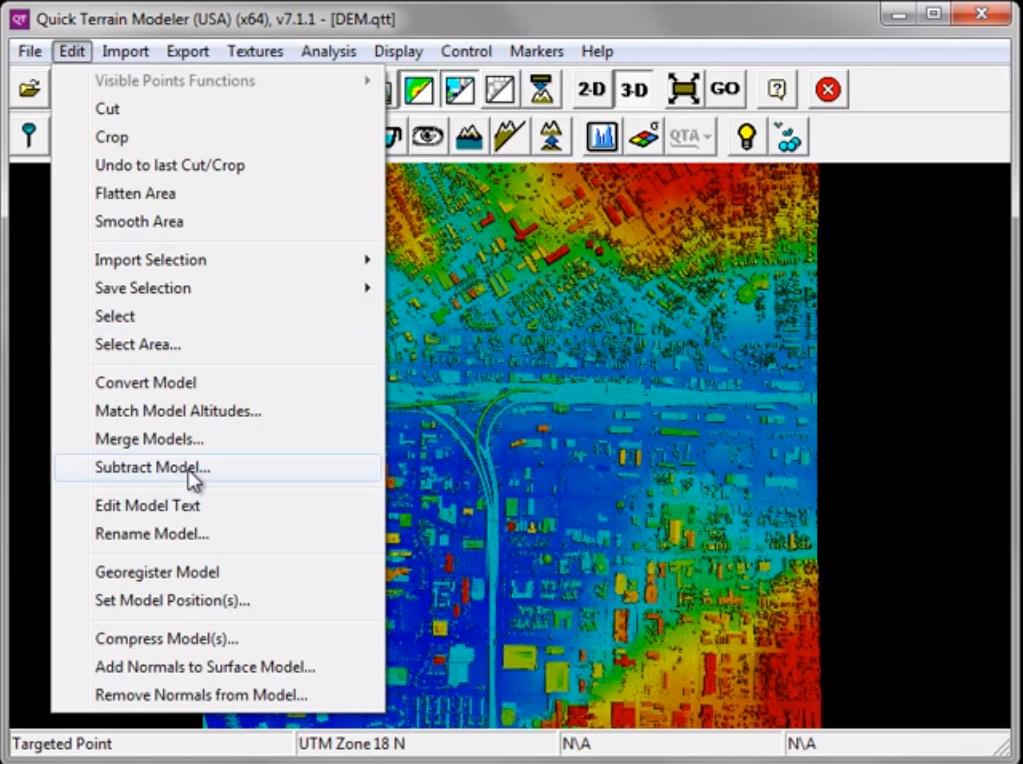 Take a look at Quick Terrain Modeler: Importing LAS to DEM/DSM tutorial. The part you are interested begins in 4:58, but I advise watching the full video (the above picture was taken from it).

I also find the Quick Terrain Modeler: Above Ground Analysis tutorial useful, because it teaches to build a Digital Elevation Models from both unclassified and classified point clouds, and then, to normalize points using the created DEM. The 'DSM' resulting from a normalized point cloud is the CHM.

In case one is confused about the DEM or DSM terminology, I suggest reading What is the difference between DEM, DSM and DTM?

About if "QTM can be an autonomous processing software for biomass estimation of the forest":

Usually, when working with LiDAR data aiming to estimate forest biomass (both through an area-based approach or a single-tree approach) there will be more than one software involved. Hence, QTM won't work for performing all necessary steps (for example, tree segmentation). For the latter, take a look at:

What I usually do when modelling forest biomass is to use a statistic software such as R, and call other tools for processing LiDAR data from there. For example, see Retrieving LiDAR metrics from relative vertical layers of point cloud.

Not the answer you're looking for? Browse other questions tagged dem lidar forest-ecology canopy-height-model quick-terrain-modeler or ask your own question.